Why do players do this?

I often see players in suspect or criminal or low security standings (<-5) apparently just hanging around at a gate or outside a station/structure in hisec.

They have to know they are attackable w/o Concord support.

Why aren’t they at least hiding if not docked up until the counter is done?

Suspect baiting. Never heard of it? 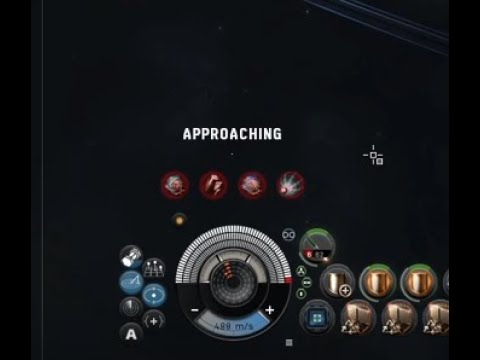 I’m sure it’s bait. I just don’t understand the mechanic at play.

If I attack a suspect (or criminal) even if they only have seconds left on the timer it’s still a fair attack and Concord won’t respond.

The combat is between me and him so his buddies can’t attack me w/o getting themselves too Concorded.

So what was gained?

Check this guy. He suspect baited in Ashab for a long time (until CCP killed Niarja). He was just sitting around a gate with his flashy Sigil. However, if you checked dscan, there was a Bowhead nearby. Now, if someone attacks his poor Sigil without checking the KB, they will quickly notice that it doesn’t die like a normal industrial would. In addition, suddenly a bowhead appears and then suddenly that Sigil is gone and a Battleship appears that tackles and attacks you, and you die. That’s how this works.

But you’re not engaged in combat with the BS so isn’t attacking you putting them in Criminal status and therefore Concord gets them?

(PS- How did the Orac warp away with so many scrams on him?!)

You are. He switches from the suspect ship to the BS via the Bowhead. The flag is not tied to the ship but the pilot and doesn’t disappear if he switches ship in space next to you.

He docked and din’t warp away.

So the guy docks up his bait ship and quickly comes out with a heavy combat ship.

If you ever see me bein sus in HS, feel free to investigate for yourself

Kinda works like bluffing in poker but inverted sorta. My “bluff” is that I’m AFK/dumb/weak or otherwise an easy target. The bluff succeeds if I allow a target to engage me which I correctly believe I can kill.

The bluff fails and I lose when this is not the case, usually do to the fit being very different than I expected, or the target has enough friends close by which I’m unaware of.

Someone else mentioned a rather different approach of using a bowhead (or Orca) to ship swap once they attack. This is an equally valid tactic with its own pros/cons, but ultimately still boils down to someone thinking they can kill you, but they (hopefully) cannot.

That is a Market Tycoon specific thing. As you see later in the video, MT didn’t switch ships or repair. He simply started to use all the mods on his ship and the other guys “attacking” him before are his alts/friends. The guy from the KB above does it with Bowheads in space. There are also other people in suspect bait BS, for instance, that don’t need to switch and just use a bumper alt to bump you so that you can’t warp while his BS char kills you (happened to me once when I willingly took a duel bait).

Market Tycoon’s MO is muuuuuch more specific though: Battle Orca bait on Jita 4-4 undock. He do it real gud too

I remember the times when I first saw him in local and also thought: Nice flashy Orca. I’ll whore if someone attacks him. Only later I saw people talk about MT and his baits in local. I got on one of his Kill Right Scam Charons, though. Good old times.

OP these people probably have terrible internet connections and are currently disconnected, most probably they are easy kills.

BTW, in that video the, the trails of the missiles, how do you get that to show?

When I fire missiles I don’t see it like that.

how far zoomed out are you? after you are zoomed out a certain point, you won’t see missile trail. There’s also a graphical setting under Escape menu

You need PostProc and Shaders at high (or medium at least, not sure) to see missile trails. The Engine Trails or GPU Particles have no impact on this.

I made some setting changes like you suggested and zoomed in closer.

I see the better trails/animation now. Looks good - Thanks!

Docking to switch ships and relocking takes what, 10s?

Why wouldnt the engager just warp off as soon as they see the sigil dock up?

OP these people probably have terrible internet connections and are currently disconnected, most probably they are easy kills.

You shoot them and their fleet friends can shoot you back.

That’s not how it works. Stop being a bad.