Will Permafrost be deployed to SiSi?

Tne Permafrost event sounds pretty exciting - was hoping to try it out and report bugs before it hits the masses. Are events sometimes not deployed to Singularity beforehand?

They do, but silently, usually only for a couple of days. Check regularly (one site per constellation according to the news). I just learned it will only start with 17., so plenty of time left.

Would it show up in the Agency? That’s where I looked to see if anything was happening / loaded on Singularity yet.

Event beacons at last appeared on SiSi. It’s impossible to play – probably it’s assumed that we will play winter games in the fresh brilliant snow. But in fact this shining white glow simply makes my eyes bloody. On the screenshot is the West Polar room. 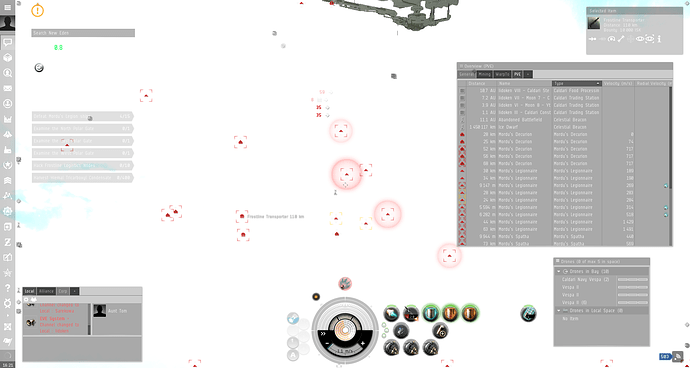 This event is horrible in its current form, and I’m going to post a detailed thread about it.

I just ran into competition on the site on the freaking test server. All three rooms had yellow wrecks, most of the boxes in the hacking room were looted, if not all, but nothing had de-spawned. There were three people in system, we were all in the site. It was awful.

One site per constellation, in my opinion, will go down as one of the poorest decisions for event implementation - even surpassing the whole blood / dark blood loot mis-hap from last event.

This. Will. Piss. People. Off.

Experimentation is good… but this… I don’t think many event runners LIKE competition. They like running events.

I hate to say it, but I think that’s the LEAST of the problems I’m seeing with the event.

Admittedly the backgrounds are gorgeous… loving being so close to a planet.

bear in mind that these event sites are incomplete,whole event sites are not final and its subject to change the white background is bug and they are aware of it they will fix after mirror.