Wrecking Machine. and Black Flag vs P A R A B E L L U M and co

Yes, but Parra is one group. There was many others which those corps could not fight.

There’s a running troll joke that everyone is this one guy they don’t like. I don’t think any of them believe it but they use it when they run out of other things to say.

Anyway, the structure died, I did my 12 damage to it so I claim that as my kill.

Yes, but Parra is one group. There was many others which those corps could not fight.

You might have stood a chance if Wrecking Machine had shown up in force, unfortunately there was a chance that more than a dozen people would show up against them so they hid under a rock.

Was a good fight to watch though, even with the crazy TiDi. And you guys showed up and gave it a crack so good on you

And the Princess was in local too !!

And the person who is not Lucas

even with the crazy TiDi. And you guys showed up and gave it a crack so good on you

I had very little TiDi

Oh strange , maybe because i was just watching the battle unfold from afar i never notice it, with be good to see battle report it got a bit confusing to watch at times

The TiDI wasn’t all that bad. But the shrieks from Traffic Control every time you take a gate, that’s just standard these days …

From PRBL side it looked a bit different.
Our alliance has an industrial wing in highsec.
And among other things, one of our corps is engaged in highsec wars in the Minmatar space.

Nothing portends trouble, Ragnar throws a war on some nonames Just let it happen, after which Blackflag and their allies immediately enter the war.

And they don’t just enter the war, but Just let it happen generate a timer on our fortizar!
We respond by reinforcing Fortizar in Itamo

The Wrecking machine enters the war. The situation is getting more interesting. We defend our fortizar from three hobos on taloses, and we go for the armor timer of the BF fortizar.

The battle was pulled out literally on the brows, almost 500 pilots turned against us.
Thanks to the fact that the Red Alliance, Nvidia Gloriae Comes and MOONPIRE responded to our request for help, we manage the timer, suffering heavy losses.

What follows is just some kind of extravaganza.
Guess how many null blocks it takes to defend the pirate fort?.. 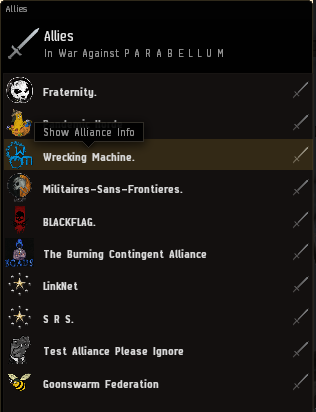 And still lose it…

We are gathering a trash doctrine for the final battle, because it is obvious that the whole grid will shoot at us
Allies shoot the fortizar, because they are not decced by the entire EVE. We avoid the fight doing our best to shoot BF and Co tackle so our allies can do their job.

In the middle of the fight INIT show up and start murdering BF fleet!

I’m a bit confused why a bunch of null-sec groups that BF has been murdering in high-sec for years would “come to help” BF when their war HQ is being sieged, but I’m not really keen on all the politics because I’m just a high-sec miner.

We told the groups not to come.

Because we got shared you were coming in cormorants leaving the actual works to those that cannot be shot at by other defenders.

After you lost 24bill on the armor timer I understand why you swapped to cheap stuff and mail every war target of ours. See you in finn soon

I am just a line member. I know nothing.

Its insane that someone with 100 total kills and basically exclusively in F1 highsec pvp is this condescending to someone else in this game. Learn to shoot something other than highsec structures.

… because you think it is better that the counter party has <10 kills in the same time frame and also been a deliberate agitator to the person you replied to when suggesting sweeping changes to the game.

If you don’t know the history of the people you’re talking about, you’re risking looking like an ignorant fool.

Its insane that someone with 100 total kills and basically exclusively in F1 highsec pvp is this condescending to someone else in this game.

You mistake me for someone who gives a ****

I stand by what I said. Plus what Io Koval just said.

Was you there, i was looking, Aiko and Australian Jesus showed up.

I sense this may be a short lived Victory for some, looking forward to more.

Was you there, i was looking,

No…just getting there took way longer than expected and I have 24/7 care duties for someone and got called away. My ship is still in Perimeter. Actually my Apoc from the original battle the day before is still in Itamo.

Bad luck you missed it but real 1st,

I’m sure there will be more. Plus I have characters in others corps…so I don’t actually ‘miss’ as much as people might think

Another will go up and we will continue as always.

Parra was professional as always as well as the bigger groups. It the small nobodies that could never do it on their own in local or reddit that was the biggest ■■■■ talkers as always.