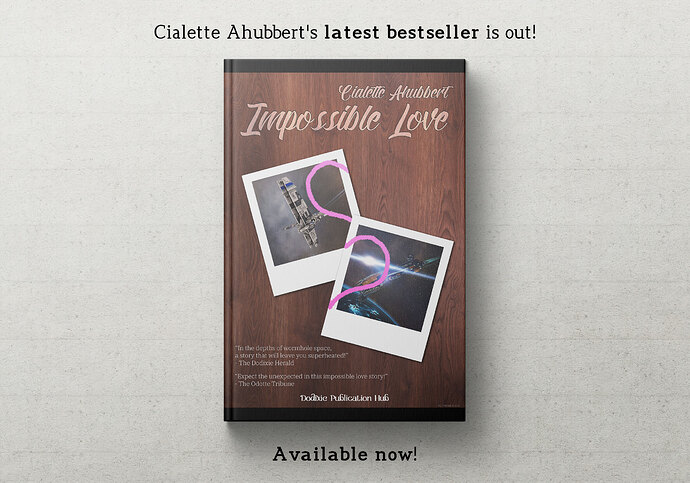 She gasped as she felt him get closer. The shrouds of the testing facility hid them, nobody would spot them there, it would be just her… and him. He was so close… … his bulk, with those heavy plates adding to his musculature, the smell of nanites ready to activate… those thick guns… She thrembled, her chassis shivering as her shield glowed with a blush. So strong… so close…

Titled “Impossible Love”, it follows the impossible, and yet possible, struggle between two beings falling in love in the depths of New Eden! Carrying the reader to places never touched before, this masterpiece is once again a bestseller and one you don’t want to miss!

In the depths of wormhole space, a story that will leave you superheated!
- The Dodixie Herald

Expect the unexpected in this impossible love story!
- The Odotte Tribune

You will love the steaming action and thrilling story leading from high security space to wormhole space and back!
- Online reviewer on New Eden Goodreads

I want him!!!
- Online reviewer on New Eden Goodreads 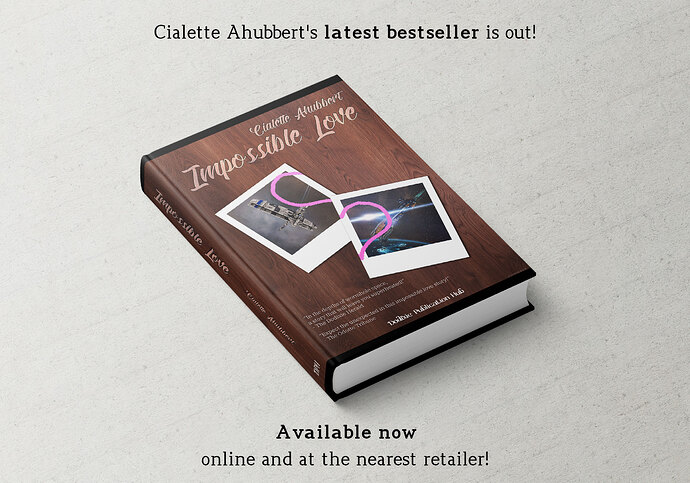