[Yes or No Thread] Would you buy crypto from CCP?

I kind of agree with you…but ol’ Hilmar doesn’t…

EvE is going to have all sorts of “interesting” direction… NFTs, crypto, etc. Woohoo?

You’re not a whistle-blower.

You’re not a whistle-blower.

Well I mean they’re blowing something.

Whats an NFT? and whats a Blockchain? And finally whats crypto? I assume as CCP would be selling this it’ll be an in game item or service?

I kind of agree with you…but ol’ Hilmar doesn’t…

EvE is going to have all sorts of “interesting” direction… NFTs, crypto, etc. Woohoo?

Yeah absolutely they will. You can always count on CCP management to push some new hype just because.

I wouldn’t even be surprised if they just do it for the cash grab, even though it would probably not improve the game in any way or even harm it.

Yeah absolutely they will. You can always count on CCP management to push some new hype just because.

That is what companies do: try new stuff and see if it sticks, assume that at least 60% of what you try doesn’t work out so cut it away and go at it again. Again and again and again.

This whole NFT nonsense is mostly just invester’s FOMO and a Ponzi scheme but if any game could make it work it would be a long lasting, persistent world, player run economy MMO like EVE. Not that I’d want them to but of all the stuff out there EVE would be the most logical one.

if any game could make it work it would be a long lasting, persistent world, player run economy MMO like EVE. Not that I’d want them to but of all the stuff out there EVE would be the most logical one.

I’m very skeptical about that. because we have seen in the past how detrimental a third-party market can be to such games. I mean CCP and other companies that run MMOs are constantly fighting bots and gold sellers to get rid of those third-party markets because they basically devalue all the achievements in a computer game you would earn by playing and being good at it, if you can just buy it.

Now I don’t say they don’t suddenly turn around and invite it, completely abandoning what they said about third-party markets before, because some higher up at the company wants his NFTs in the game so he can brag about how cutting edge they are to his friends on the golf course.

What I say is that it would probably be very bad for the game itself because I think the concerns about third-party markets are real.

Is it true CCP were giving away NFTs as AT prizes?

CCP seem to have once more failed to listen to their playerbase. They are determined to get NFTs into EVE oneway or another. During the AT it was announced that NFT killmails will be made and handed to those that made the kill. However, they also stipulated that the first 10 would get a bonus of 20 Tez ontop of whatever they sold it for. The fact they handed out 75 and are STILL desperate to get 10 people to sell them show how much of a failure this idea is and will be in the EVE Community (as…

Huh guess CCP dont need my money anymore as they plan to print their own.

What, and give up your retirement plan? 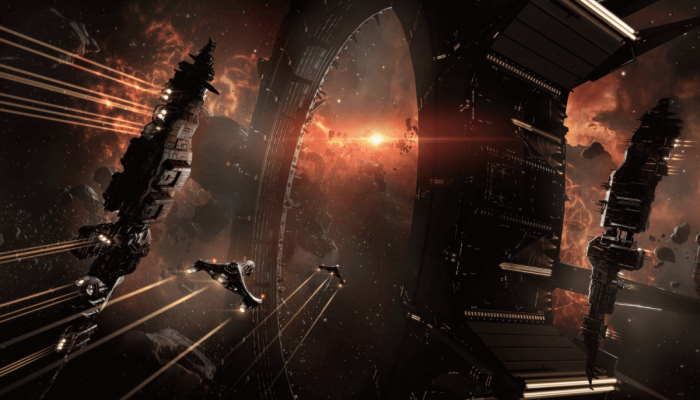 NFTs and other blockchain technologies are making their way furiously into gaming, so it's not a shock when a company's CEO comes out talking about them. CCP Games' Hilmar Viegar Pétursson recently signaled his belief in the idea that NFTs and Play...

What a tube he is

No, i’m here for pew pews and not ape banana investments; for my daily potassium dosage I use brokers and exchanges.

Instead of delving into crypto/nft, they should give us REAL WALKING IN STATIONS FFS!

CCP has zero clout in digital currency or NFT, just a horrific reputation in computer game IP. Which ever Dev is trying to get CCP into the former is gonna get wrapped when it splats like an acme pie straight on the companies face or worse onto PA’s.

As a financial vehicle, the risk:reward of NFTs and cryptos are far too extreme, at least for my portfolio. It’s in the ballpark of competative poker or blackjact tournaments: if you’ve got extra cash laying around, it’s good to have fun, otherwise don’t bet the farm.

If they implemented something using block-chain as something applicable to in-game (or even cross-game), maybe.

Yes: If and only if it’s a tradable item in-game(on the market or contracts) and out of the game, like an actual currency that I can send my friends or trade on RL markets like normal crypto. If it offers me both these aspects I would be interested. If it offers one and not the other I see no point, If it’s just in-game it’s just as useful as plex and we already have plex, If it’s only available in the Real-world well it’s just another coin.

No to RL scams