Hi, what is this? some kind of inside joke by GM? 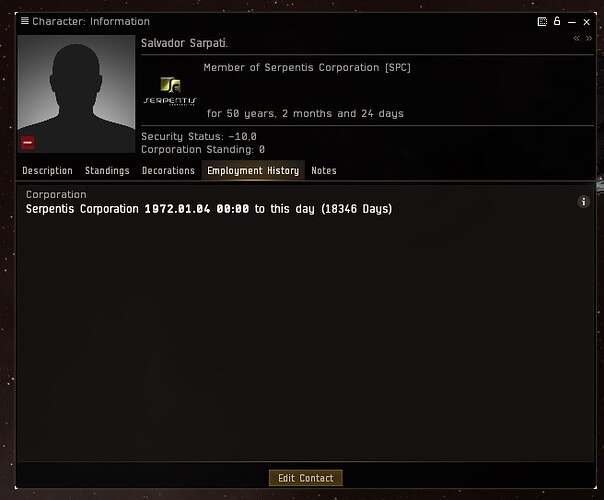 Where did you meet him?

Quite a few of the NPCs are dated similar to this. 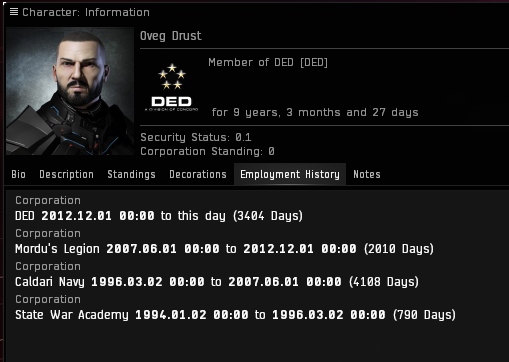 Whenever you see a character with an employment history predating the game by a decade or two, you can be confident that that’s an NPC, often from having been played by a CCP dev in some event or another.

NPC name with a “dot” at end of the name cant be npc huh? its looks like some GM who just want the name same like NPC chief of Serpentis Corp.
I bet the DEV or GM is not in CPP any more, but the character what he create just left in the game.

but 50 years is just funny

**i not meet him in game, i just acidenty found him when i was searching random characters in Peoples and Places
This is the oldest i found

That guy’s just a newbie: 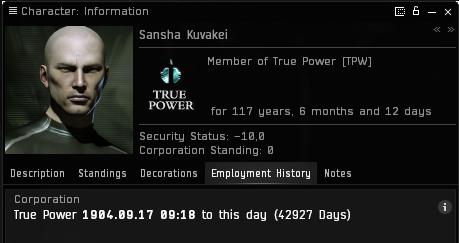 lol, nice one too