3 months after fanfest and what do we have? 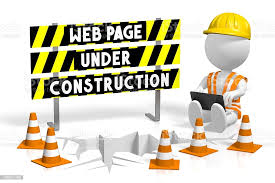 EVE is under construction… The price hike? Have to pay for resources and labor. Those nails aren’t going to go in by themselves.

How long we’ll have to wait is anybody’s guess. I hope that reworked FW is worth a run.

We have Halcyon Dawn Skins

You have more CCP finest promises.

Another day older and deeper in debt.

I have a game I enjoy playing while I notice all kinds of improvements over time, nothing massive but it’s there. You have to want to see it though so it’s really only for people who actually undock and who can appreciate things that don’t increase their wallet.

This is EVE, made by CCP. That means that change takes glacial time and by the time it happens it will be full of bugs and not nearly what you hoped or expected it to be. So instead of clinging to change perhaps just be happy with what you have, and if you’re so salty you can’t do that then perhaps just uninstall and stfu.

You actually believed any of what CCP said?

You pay for EVE?

What do we have?

…if you’re so salty you can’t do that then perhaps just uninstall and stfu.

How’s that been working out, fanboi?

How’s that been working out

Just fine actually. Less 17 account semi-AFKers who might as well be bots. Less numbers go up industrialists who mess up the economy. Numbers are down yes but it’s mostly dead weight, percentage of active players (of that lower number) is higher.

See people don’t really understand that CCP fully expected people to rage quit over the changes, I mean it’s an obvious result but then the “This sucks I quit” folks would have to accept that the world doesn’t revolve around them and that CCP was ok with some people going “this sucks I quit” and that would hurt their ego.

Quality of players, not quantity. If only the forums would become Omega only, then that would help here as well.

you can joke a lot about online in 24k, omega 2200kk, but I think for many there is some psychological bar, for example, I will not play on empty servers with online less than 10-15k

Just realise that what is mostly lost is alt accounts and people who don’t really actively participate anyway. What remains, and the room/space/opportunities the people who left opened up, allows for new players to reach for the stars.

Gaps are GOOD, it allows for new blood, fresh ideas, new groups that don’t necessarily have to pledge allegiance to an existing group. New names, new groups. Not the salty crying old fcks who stifle any sort of opposition and newcomers.

Numbers are down yes but it’s mostly dead weight, percentage of active players (of that lower number) is higher.

Got anything to actualyl back that up? From what I’ve seen it’s the exact opposite, active players are down and it’s just AFK players and nolifers.

The thing is, active players who don’t just grind ISK tend to have to actually pay for the game, and noone in their right mind would waste actual money on something EVE, since you could spend it on pretty much any other game and get better value for money. EVE is not much more than a microtrans mobile game at this point yet they still expect people to pay as if it’s a AAA title.

Got anything to actualyl back that up?

I pvp a lot. I see less bot/alt/farmers and more normal activity, percentage wise anyway. Right now a lot of null is empty because people still cling on to their kingdoms and reach, while lacking the active numbers. That will change, empires will adjust based on their actual capabilities, more gaps will open up. Gaps that will then be filled by new people, new groups.

Omelette, cracking eggs and all that.

I go to my boss and tell them “Hei, I know, I did not deliver much the last couple years, but what about you pay me more? I already implemented something, I will show you next Monday, it all will make sense.” Then on Monday I showed nothing but made just vague hints about a surprise I already deployed on production and will unfold over the coming months.

Naturally they pay me more now. Nothing happened so far, but they are still looking forward to the surprise. That’s just economics 101, why question it? You just hate CCP?

They now lose 5.2million USD per month operating instead of 3.8million just 3 months ago!

Yeah…the state of EvE isn’t really all that great, sorry. You’re deeper in denial than an Egyptian submarine.

That’s pretty anecdotal and could be simply that you are better at finding active targets that you used to be or that you’re just happen to be in more active areas.

Gaps might be filled by new people but again, I’m yet to really see any evidence of that happening. It souds remarkably like wishful thinking.

I mainly tend to look at market data, and for the last couple of years it looks like the number of open markets has been decreasing, the sales volumes have been decreasing and some areas have dried up to the point of being entirely unprofitable. This all points to less actually active players who tend to be market consumers.

I mainly tend to look at market data

CCP has been “attacking” the market people and play styles. That’s the point, we need less people looking at numbers (mostly while docked) and more people actually doing stuff in space. And yes of course doing stuff in space affects market related numbers and vice versa but the focus and balance is all wrong.

I now see percentage wise more people in space acting and playing like actual players. You see numbers go down, these aren’t mutually exclusive (less alts/bots/afks = less production and, to some degree, less destruction) but one is more important than the other, from a game longetivity point of view. I vote for active players in space.

On top of that lots of active null players started doing stuff in WH space and Pochven. It all adds to “null sec feels empty”, which is fine.

Maybe we will hear about it in Fanfest 2068. Should be good though, that should be around the time that Star Citizen finally releases so we will have a good comparison of games.