Recently, I committed my first heist of a Reserve Bank ESS. Total payout was around 1.4 billion ISK for 15 minutes of my time.

The challenge is, how many ESS can High Sec Gankers raid in only the Cache region within a week?

The Risk vs Reward is there.

Raiding an ESS takes real skill in first skip jacking into Null 40 to 50 jumps from the intended system, jumping a few systems at time and then jack skipping again, hoping you land closer once the timer has expired.

Then comes the Lambda Calculus of, I know there are x number of pilots in system or systems x1,x2,x3,x4 jumps away where the average number of pilots in each system is x based on 30 minutes as well as x number of pilots docked in station while adding in x number of jumps between myself and all possible and likely directions of attack, which is Lambda Calculus of, knowing certain random variables of input will exist based on the input that then either return a three tier results of : 1. raiding the Reserve Bank in it’s entirety or varying percentages thereof while maintaining at least a 500 million payout and nothing less. 2. Engaging Sov Holder defense ships and either winning or losing. 3 Skip Jacking back into Triglavian and then Known space with a cargo hold full of SCC bonds, a cargo hold full of holes, or nothing at all. 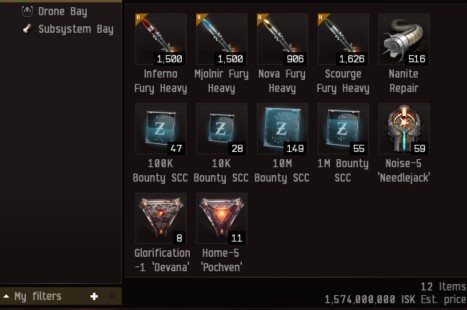 I can do more this week.

Where are the ESSes in HS?

I challenge you to raid as many ESS in X region as possible in a week. Don’t worry this isn’t bait to either get you to do my dirty work raiding another alliance or bring content to my alliance…

Just to be clear, I am praising Dryson for raiding a ESS, nothing else, I thought I better say that before we get the

The challenge is, how many ESS can High Sec Gankers raid in only the Cache region within a week?

Please clarify: Do you pay the 1.4b to the ganker with the most raids in Cache? So they have something to gain? Or is this the kind of “Challenge” where you go to some random dude and tell him to do something stupid just to waste his time and mock him if he is not interested?

Like the one I got from a certain war deccer I think?

Maybe, I don’t know about that one. But yeah, most “challenges” are simply mockery, so thats why I ask if he is making a serious offer or is just trolling.

I think he is just trolling and it is a decent troll too, aimed directly at one of their weak spots, but I do respect what he did in terms of getting the ESS bank, because there is risk.

Come down to Tenerifis. Dracarys. have bot armies running Ishtars 24/7. We kill them as much as we can, but more people stealing from their ESSs would be very welcome.

I’d be happy to come help rid the bot’s of their isk.

Getting rid of bots does sound like an overriding challenge to raiding an ESS.

Why? Because you like working for free? CCP can get rid of bots with two web interface button presses. There’s a reason why they’re being kept around. You actually become CCP’s enemy when you interfere with them.

Yep. We report them also and CCP has been good at clearing them out, but new ones appear constantly and bot away.

Plenty of them to kill in Tenerifis and Immensea.

And when I went there I got people that actually wanted to pvp didn’t even get to the bot’s, nice place. I find logofski + warp speed rig is enough to handle most bot’s.

But yea no one can farm the bot’s 24 7 and when they have a break they make back more than enough money for that bot to be sustainable.

Yeah-nah how many Exhumers did you lose before you turned?

Where are the ESSes in HS??

It is a great idea and CCP should implement it. High sec deployment of ESS that takes 100% of all anom, incursion, and mission bounties paid in the system. If they are defended you get 200% payout of LP and 125% of rat bounties. If not you get nothing.

Now I understand everything. The corruption has spread to far.