A Question about MTU's

Im sorry if this isnt the right section for this. I recently came back to Eve after leaving in like 2011 or 2013. Having a great time. But I keep getting some weirdness with MTU’s that no one I know seems to even know about, nor can I find anything online about it.
I running a LVL 4 mission in a 1.0 sec system. After killing all the npc’s I try to put out an MTU and it wont let me, giving me a message saying “Mobile Tractor Unit could not be deployed due to Conord restriction in place in this solar system”.
Other missions it let me deploy them no problem. Is it because its a 1.0 system? Or maybe because there is an acceleration gate nearby? Does anyone know whats up with this?

Is it a school system?

Its a starter system or one like that. No deployables in the friendzone

It’s a recent change due to the New Player Experience: deployables (MTUs and Mobile depots) aren’t allowed anymore in certain systems to avoid all the advertisement spam we used to see there. 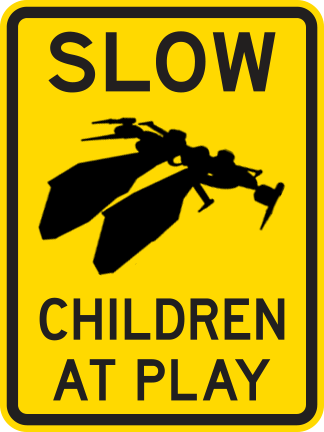 Oh thank you. So is that basically all 1.0 systems or is there a way I can easily figure out what a new player starting system or career agent system is?

Getting started in EVE Online can be somewhat daunting for new players or rookies. Several systems in which new players typically start are deemed 'Rookie System' and in these systems (listed below...

Ahhh there it is, the Ammold system. Thanks a ton guys, really appreciate it.

To know if some place is a starter system, I’d fire up the Agency, “agent locator” tab, choose “career agent” for agent type. If some show → starter system.

I’m not sure how much reach CCP’s deployable ban went, if it went in regards to their description above that @Ramona_McCandless linked, but anywhere that SOE arc goes, is also still considered new player areas… which includes Hek.

I expected this change to cause trouble, and I don’t see any upside to it. I hope CCP will share my view.

They don’t need to be in starter systems. When a new player can’t find something on the overview due to too many MTUs, that is a problem.

This was aimed at those who use mtus for mass advertising especially Chinese language. New players don’t need to use mtus when starting, so I hope you weren’t going to even argue that point.

@ Geo Eclipse Oksaras:
Please correct me if I’m wrong, but I only see MTUs at mission locations, and they only appear on the overview if you’re on the grid. So, only the mission runner (and possibly people who probed that person down, and jump to his/her location) see them. I’ve seen a MTU at a station undock only once or twice, at the trade hubs.

This is in starter player solar systems. You know, when you create a toon, and start the tutorial then career agents? That’s where these were removed from.

@ Geo Eclipse Oksaras
I know - I still don’t see how they would be on newbies’ Overview (except in the extremely rare case someone would put a MTU at that station’s undock). MTUs tend to be at mission locations, which need probing down to even find.

Advertisers put them around all the stations in starter systems and as I said most are in Chinese language. You can ask @Mike_Azariah from CSM how bad they were. He travels to all starter systems … I have an alt still doing career agents and before this, all I saw was an overview of Chinese mtus

I know what I’m talking about. And for Pete’s sake, if you are going to tag a name, do it correctly

@Geo_Eclipse_Oksaras. Should look like this, ot the way you are doing jt.