How many skill points can an Alpha clone get up to before they have to go Omega to train further?

If I recall correctly, it is about 5 million or so? (someone may have to fact check me on that)

But that isn’t quite accurate.

Total skillpoints are not the limitation with Alpha clones. Rather, Alphas can only gain so many levels in a select number of skills… which happens to total around 5 million SP.

That said… you can operate fairly well indefinitely as an Alpha without having to subscribe (Omega status). You simply won’t be nearly as effective as a subscriber.

The skill cap is around 5.5m SP, as ShahFluffers mentioned it is to do with the skills you’re allowed to train. During the keynote presentation at Eve Vegas today they talked about a few things that are in the works:

Though there are some catches, I suspect we will find out more tomorrow during the second day of presentations, if you want to be able to watch the stream you can join us at https://twitch.tv/ccp 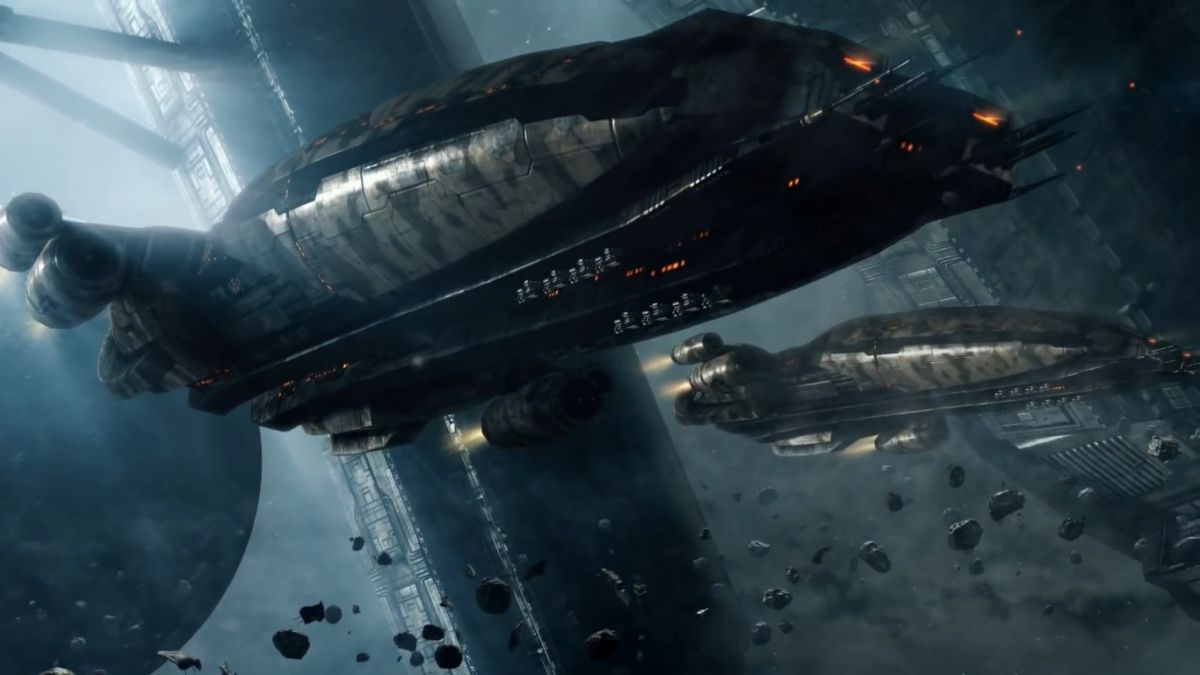 Free-to-play players will have access to a massive number of new skills and ships in December.

If I was Omega and then have Omega expired, can I choose which 5m skill I want to keep active in Alpha state?

No. There are certain skills that are designed as alpha-skills.

If I was Omega and then have Omega expired, can I choose which 5m skill I want to keep active in Alpha state?

You cannot train more than 5 million SP in the Alpha state but you can use up to 20 million SP. These are specific skills - very few industry skills are available to Alphas.

The skill cap is around 5.5m SP, as ShahFluffers mentioned it is to do with the skills you’re allowed to train. During the keynote presentation at Eve Vegas today they talked about a few things that are in the works:

Yeah it’s around 5 mill and limited to what your race is.

Removing the race lock would be nice up to cruiser would be nice, but I would would still block all pirate ships. I’m thinking “maybe” a new easy to train pirate skill to block the alphas.

I’m an alpha due to time constraints but plan to sub one day, and it’s killing me to fly an astero or stratios. It’s very tempting!

I don’t know about bigger ships for alphas, maybe battlecruisers. That would be crazy going any higher than that. I barely even used my battlecruiser Myrmidon when I was subbing.

And I think ventures should be the limit of the mining ships, the venture is well suited to alpha mining for profit. It fill with max alpha skills in 15 mins and makes enough isk mining to cover the lower tiers stuff alpha needs to use. I think a load of cheap ore runs about either 300k to 700k isk per load.

I don’t think the t2 guns and ammo should be given to alphas, that would be all just free gank accounts.

Alpha gank accounts are already a thing, so it doesn’t really matter… I agree that Alpha Battleships are a bit much, but Alphas won’t get T2 weapons on them, med/small T2 weapons only, so there is that.

I know that gank alphas are out there but there is a huge difference alpha gank ships.

A max skill alpha catalyst can push 360dps at 500m, and max skill omaga catalyst with t2 guns and ammo can push 600dps at 2.5k in the same ship.

Are we going to be able to unlock the mining barges and exhumers(yes yes t2).

I kinda like the alpha set up the way it is. It’s a wet your whistle. But I think new alphas are above and beyond too much. Why would I sub if I can fly battleships and mining barges?

Alphas can’t fly barges even after the update, and those Battleships won’t have T2 guns, or full support skills.

Alpha mining, and industrial skills are not getting buffed.

Haha found this amazing quote from the article you linked :

“The expansion of the program will increase that total to just over 20 million—effectively quadrupling the size of EVE’s free-to-play experience. That’s still a drop in the bucket for subscribing EVE players (many of whom will have hundreds of thousands of skill points).”

I don’t wanna fight that guy

Easy. Same as it ever was.

Easy. Same as it ever was.

I’m thinking it’ll take about 30 seconds to a minute.

I’m thinking it’ll take about 30 seconds to a minute.

Basically i don’t think the average person buys their first battleship off industry income (aside from mining). I don’t think restrictions on industry are going to effect the new Alphas income all that much especially early on.

Yeah I saw that too and laughed.

Ihave current + 12 mil skillpoint on my active no subribed alpha clone. Confirmed; I can still actively add sk8ill progresion to my skill que.
I know this info doesnt count as 100% true but if you want I can send you captcha’s.