And yes, we are announcing big content updates for Fanfest. It’s the largest one probably that we’ve ever done

So everything is fine and worth a 33% price increase due to semantics?

I don’t know if everything is fine and I have made my position clear in another thread about price increase.
I saw that the devs have been working on things that the community has asked for plus other things that most players didn’t know about but have good potential to make EVE even more playable.
The game will evolve over time and I hope that CCP can bring their vision to life.

These changes will impact every aspect of the game and they look pretty big to me.

Time-based skilling system is going away.

I have a feeling this is the first time many of you are dealing with Pearl Abyss… there’s a difference why Kakao took BDO back from them. They’re motto is milking player bases.

As for the copium inhalers:

33% increase doesn’t justify what we saw and if you think so you’ll have a rude awakening of how pearl abyss operates. The more they see they can get away the more they’ll try.

Think of new players coming on who like the game and now want to do Omega. They’ll look at the 20.00 in confusion opposed to all other MMO’s. Believe or not to younger players, even young adults that price tag is high for a video game.

If you answer to all this is “Then they don’t have to play”… that’s fine. But we best get used to a shrinking community. The tranquility pop in the game launcher will just continue to dwindle.

i unsubscribed. F U CCP. i will take my ban now ultra censoring forum mods

Free SP over time, is that online time or just … time? I hope it’s just online time and I hope there is activity based SP rewarding. This is how other MMO’s work, and any time based bonuses you get are applied when logged in, not wanting to encourage and reward logging out. We can always still buy SP and inject it to boost it along anyway.

They’ve been using that same line for 15 years…

One of the reasons why I’ve started (and continued) playing Eve instead of every other MMO is because of the time based skilling system. It also got me back into the game after years of hiatus because I knew that my subscription brought me at least some progress compared to when I left. Without it, there would be no subscription (why would there be if I’m not playing?) and I would not have a big enough reason to come back and start playing again.

So, I really hope that this means SP accumulation over time so that you can apply it later. Daily login rewards and events already provide enough SP for more active players.

’Replacement of skill training with Free SP accumulated over time’

In what conceivable manner is merely accumulating SP over time ( which one already does anyway ) going to replace this ? Will all types of medium drone now deliver the same DPS on any ship ? Same goes for all the other vast array of skills.

I would hope there will be a blog about it sometime in the future before they drop it in a release giving more details.

We got until about Q4 2022 from what I saw on slides for delivery.

When looking at all of the things on that slide combined - they could go from a simple change, like unallocated SP over time which you can apply to skills just like now, to a complete disaster of endless XP grind. We know nothing more about it at the moment and can only wait and see.

Will all types of medium drone now deliver the same DPS on any ship ?

Not sure what you mean there, drone damage is not dependent on the ship race but the base stats of the drone and the bonuses of the hull, gallente hulls do have drone bonus but so do amarr hulls too, and the gallente drones deal the most damage but are the slower and deal thermal damage, which isnt always the best.

Still i am expecting you’ll generate some sp over time and be able to put it to use in any skill you see fit, just like the free skill points work now? That’s the only thing that makes sense to me there.

Agreed. For me, Omega is absolutely not worth it without accumulating SP over time at the omega rate. I wouldn’t mind if it became a login reward, but I wouldn’t grind for it or even leave my game logged idle in all day.

This was critical when I needed skills. Now that I have the skills that I want, the SP is worth around 16-20 USD per month towards plexing - depending on the in-game skills market and my implants.

See, I honestly don’t think the price tag is bad. In fact, I was kind of surprised how angry people got. I suspect that part of the problem is anchoring bias, and part of the problem is that there are a lot of unhappy players out there. So asking them to pay more when they’re unhappy isn’t going to go over well. But, I’m speculating. What I can say for certain, however, is that: 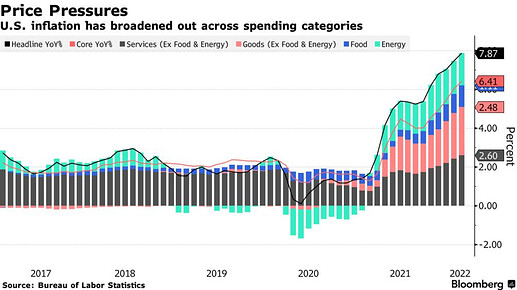 So, I really hope that this means SP accumulation over time so that you can apply it later.

You know, I could have sworn I heard that somewhere. Was it something that @Brisc_Rubal suggested (I know he wanted to get rid of attributes)? Regardless, I think the idea behind it was that you train unallocated SP, and then can apply it. But, my memory is fuzzy, and I haven’t even gotten that far into the day 2 stream yet. So, take all of that with a grain of salt.

See, I honestly don’t think the price tag is bad. In fact, I was kind of surprised how angry people got.

You mention inflation, inflation only seem to affect the small people, those who dont get a salary increase. Eveyrone bashes our head in with inflation and yet the only victims are the regular guys. So yes obviously people will be angry. Plus you mention that people were already angry at CCP.

Yes but that also means more money at once. We live in a time in which the regular people are poorer and poorer, i bet most people pay every month as this is the smallest amount you have to pay at once. Most people (at least in canada and the US) live from pay to pay and they chose to increase this one method by a huge 33%.

Okay, I agree that things are messed up. But… what is CCP supposed to do, eat the loss? Keep prices the same and go out of business? I mean, if the prices of everything is going up, how do you blame one company for raising their prices? The dollar is worth less, and their expenses are going up too.