You are the alien parasite sucking on the brains?
Did I get it right?

Its my secret to beautiful hair. Space Slug Slime.

Actually just a promotional hat from company making those products.

As for making more hats or ocular implants, head accessories, its more easy than making a one kind of suit with differently colored textures. So I think if one person is doing those, there may be more variation and output and faster. More space hats! \o/

And it can be seen in portraits. Unlike boots.

Would be very cool if CCP opened up the Apparel to player made options.
Potentially there is a huge market to be tapped there.
A significant part of players really care about how they look in EVE, even if its just a paperdoll nobody else ever bothers to look at.

I probably wouldnt buy apparel (Im happy with my Minnie leather), but I did take time to make my avatar look like me IRL.

But its got RMT written all over it.

Maybe someone smarter than I can figure out a business model that benefits CCP, designers and players, but cuts out any possibility of RMT or other shady transfer of assets.

This could be an actual stuff in the game, coming free with skill extractors package.

WHY CAN I STILL NOT WEAR WOMENS CLOTHES?! :<

Here’s a stupid-er question, can some clothing items only be worn by certain factions such as the Men’s Empyrean Dragons Jacket or the Men’s Outlaw Bundle ‘Blood Raiders’, or can any clothing be worn by anybody?

Here’s a stupid-er question, can some clothing items only be worn by certain factions such as the Men’s Empyrean Dragons Jacket or the Men’s Outlaw Bundle ‘Blood Raiders’, or can any clothing be worn by anybody?

All clothing items in the NES can be worn by all characters, provided that the clothing item is for the correct gender.

Cap was with stubble texture for head, I combined the short hair model with the cap. Deleted some upper pieces and used the textures already in client. I only remodeled and repositioned cap and hair, and modified cap texture by overlaing different logos I had to recreate from fonts and vectors.

Cap and hair is essentially one model.

Go away and play The Sims. This is EvE.

Programs used:
TriExporter with newest granny2.dll to unpack the directory with models and textures from EVE files
Granny Viever to see what there is actually in the files.
Grnreader98 with newest granny2.dll to extract models from .gr2 to .smd with submeshes.
Milkshape trial to convert .smd to .obj
Blender for remodeling and texturing.
GIMP for some texture coloring.
Inkshape to recreate logos from EVE.
Some time.

I now wonder what other crazy hats could we do if CCP would allow us to put those in the game. Like in Second Life.

At best it can net CCP some more revenue, and salvage a bit out of the 3d modelling processes they have already invested/developed.

I wont buy them, but I think many others will, and their production should be pretty cheap.

Good looks are important for female awoxing characters. They have a much higher success rate for getting what they want without the victim realizing that he is being used. 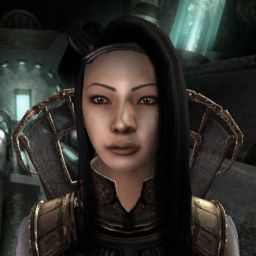 Even the Ancient Character Generator had better styles… 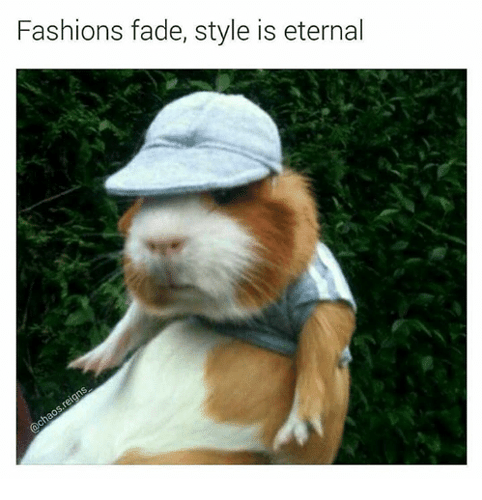 Any idiot can play EvE and survive.

Any idiot can play EvE and survive.

So what about all those who complain on the forums?

Yup, same as ship skins, nothing is unique.

Everyone had unique houses in UO; it was so Fing ugly I can’t even tell you.

If you really want to be unique go to char sculpture and make one boob really huge and the other really small.

There is a thin line between unique and horrible sometimes.

I just want to be totaly naked in my pod/ship.It’s my ship so why should i be forced to wear clothes