Are CCP Hinting At A Serpentis Keepstar? 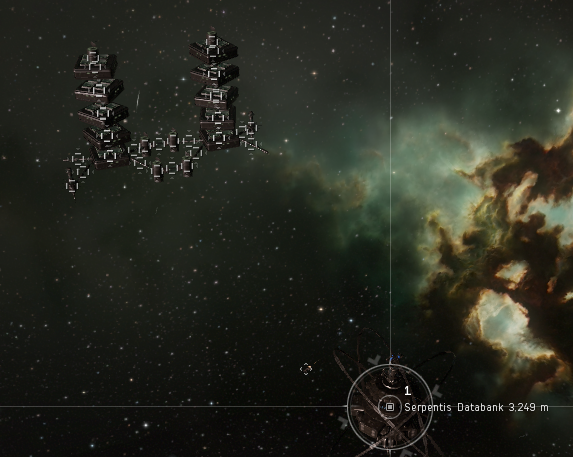 Edit: LOL only noticed now that the formation looks like a Keepstar hahaha nice catch.

That pile of structures is part of every pirate race’s Survey Site data signature, and it were the original structures that you had to hack before CCP introduced the new hacking objects.

Is that a DIY Keepstar on the top left? :DDD

Yeah serpentis couldn’t pull it off in one go on on a large scale. I never actually realized though that it looked like this lol

nothing in that videos denies the potential of pirate structures.

how have i never noticed that before its not a hint (unless ccp was planning it before they even knew they were planning it omg time travel confirmed?)

I think its only a matter of time until there are empire/faction Upwell structures.

If EVE was to exist for another 10 yrs, Id say with 99.9% confidence those would be implemented both as BPs for players, and as actual NPC structures in EVE (especially in NPC NS).

But before that, I think Upwell structure SKINs from NES is the next rational step.

If CCP can integrate a Corp Logo into SKINs, either structure or ships, they will make money hand over fist.