WIth the recent explosion of enthusiasm for the cat ears idea, I had a random thought - what if CCP could make a moderated forum thread where only ideas for new art would come in (new clothing, ideas what could be made for current assets to the game or even completely new stuff that the game didn’t see yet) and people could vote for those.

Not only it would give people another venue of engagement, possibility for CCP to get players on board with ideas (reminders about the thread existing idea of the week posts on twitter, adding a segment to CCP streams where some less voted ideas are shown to get people interested in voting) but would be a valuable tool in scoping what people want.
Not to mention of course, some ideas the company maybe didn’t know if they would stick or something completely new and worthwhile projects.

And of course, with what the companies are for - it would push some of the art direction into things that people would gladly buy, making skin etc sales bigger.

I myself have several ideas in mind, but I have no idea if just throwing them, each one in a separate thread would not get them drowned out quickly and not seen.

There is a Discord server called EVE Creative where people do various stuff, some CCP members are present too. 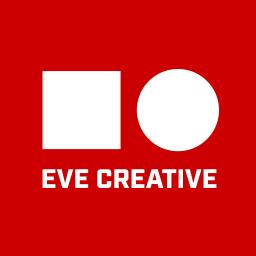 Check out the EVE Creative community on Discord - hang out with 687 other members and enjoy free voice and text chat.

That is good to know, will drop in there to share some of the ideas I have. Thanks!

There is the My EVE Sub-Forum, but it’s not very active, despite some excellent video and other productions appearing there.

It seems that there is a move away from the EVE Forum to other platforms, which perhaps provide a more feature-rich environment and a freer more relaxed atmosphere.

I checked the discord and it is nice, but people seem to be throwing whatever they make there. What I was thinking about is a place to throw ideas at CCP and have a hub for them for art related stuff, like:

how about station skins with mechanics like core, so everyone can have fancy stations (that can drop the skin, therefore, making people buy more)

and then having the possibility of people voting for that to shove it into art team’s face to show “people want this, here some free ideas, make beautiful things”

I like the idea! Imagine having a couple of ideas “walk down the runway” where the community can vote on the ideas they like to give the developers an idea of what people think they want.

what people think they want

Ne’er a truer word… (my emphasis, above)

Let them prove they really want it by voting with PLEX, as simple as that.

that’s the idea - if people vote for it, it gets added, they can spend plex on it

if people vote for it, it gets added

I don’t think CCP would go down that route; publishers/designers/developers of video games are not generally known for their adherence to democratically nuanced relations with their customers. They would probably regard it as having their hands tied in a cut-throat battle for your cash and your time with other gaming entities.

Also, if the apathy which appears to afflict my fellow EVE players around CSM election time were to be repeated in the initiative you suggest, the Art Dept. would find itself hard at work on material which was ‘voted for’ by a vanishingly small percentage of players, and hardly worth its while.

I’m not against it; this is just a Reality Check. In my own field, of Music, I think there is also scope for player-created material, but I wouldn’t expect it to supplant what are their current arrangements.

And then there’s written work. You could have our budding (and experienced) writers suggest ideas for new missions/mission chains. The list goes on…

CCP should, perhaps, encourage submissions from all our creative people, and get back in touch with those whose work interests them - after, of course, telling us what they will or won’t consider!

I think you might be right, but I’m not saying they have to take in the ideas, it could be a “we will look into them, you have a place to put your suggestions in and have people show interest in them” as a place for people to centralize ideas as well as have somewhere to look into for CCP - not necessarily pushing them to take all of them on board (because let’s be honest, some pretty stupid ideas will get hundreds of votes for memes)