"Bigger should not mean better!" WAAAAAAAH!

Anyone who’s been around long enough has heard this ad nauseum from people who first wanted battleships nerfed into the dirt, and for the past number of years, capships. “Bigger should not mean better!” Well, it shouldn’t mean worse either.

I want to know in what way bigger is better in this game. Every capship I see docks up at the first sign of a neutral frigate in pocket. The ones that don’t? They die. No, not to big ships, but to small ones. Like, 10-20 stealth bombers, which if you added up the cost, wouldn’t come close to the cost of the capship they just killed, nevermind the skilling requirements. I’ve been told point blank by multiple standing fleet FCs and supercap umbrella FCs from multiple alliances not to even bother calling for help if 20 stealth bombers attack my capship. They say they’ll never arrive in time, and that capships go down way too fast to a fleet of frigates for a response to even happen. I have been left wondering why I’m even supposed to be on coms then, and in standing fleet.

I ask you, are capships better in terms of cost? Skilling required? Mobility? Are they better in the risk incurred in deploying one? Because my capships mostly gather dust in hangars, because neut frigates roam the space at all hours of the day, and ratting most likely equals instant death. Every time I log in, I see where a Thanatos just went down in our space to a group of stealth bombers, or a Hel. No, not to other capships, but to frigates.

Are capships better at hitting targets, and applying damage to those targets, with the big weapons that they use? Small weapons can hit ANYTHING. And they apply damage perfectly. When I ratted in a dreadnought, do you think I cared one iota about the bigger ships that spawned on grid, including carrier and dreadnought spawns? No. What I cared about was a frigate rat getting under my guns. If I didn’t have some 150 mil ISK XL smart bomb fitted, or a set of small guns I could refit into, I was toast.

Are capships better in terms of access to space? Because they sure as hell aren’t allowed in highsec.

Are capships better in terms of transporting themselves? Because most people would rather do anything rather than move the things. I have several capships in asset safety because they just couldn’t be moved. They’ve been sitting there for years. And the same with my friends who play.

If bigger shouldn’t be better, then it shouldn’t be worse either. So drop the price of capships, drop the risk in using them, drop the skilling requirements, drop the restrictions on highsec, make them hit targets better and apply damage better, etc. etc. etc.

If they are so bad, why do some people want them? They arent even esthetically pleasing.

So drop the price of capships, drop the risk in using them, drop the skilling requirements, drop the restrictions on highsec, make them hit targets better and apply damage better, etc. etc. etc

drop the restrictions on highsec

No thanks. Capital ships would irrevocably screw up the mechanics of high sec. I’d rather not have some jackwagon in an NPC corp that can’t be wardeced with 10 Rorquals in a high sec ice anom sucking up all the ice and me not be able to do a damn thing about it. Or sucking up all the ore at a high sec moon goo field. At least when they do it with multiple orcas and freighters I can bump them out of the anom.

Yay! Another cap ship whine from The Beast. These are really funny.

If the capship haters stop the whine, I’d be happy to stop what little counter-whine I am able to muster.

Can you link to the capship-hater whine, please?

I can’t be bothered

Obviously doesnt bother you that much then.

There’s a big difference between “fleet of frigates” and “fleet of stealth bombers”. The first one is just a group of small frigates, the second is a group of ships DESIGNED to take down large ships.

You think that capitals are currently worse than subcaps? That’s strange.

There’s a big difference between “fleet of frigates” and “fleet of stealth bombers”. The first one is just a group of small frigates, the second is a group of ships DESIGNED to take down large ships.

There’s really no point here that you are making. I could just as easily say a carrier is DESIGNED to take down small ships! But then people who hate big ships and love small ships would complain and say it shouldn’t be that way, and that it should be changed. In fact, they already have complained and said those things, and gotten nerfs. And more nerfs are coming.

So, it doesn’t matter to me if stealth bombers are DESIGNED to take down large ships. Maybe that design should be changed? Bigger should not mean worse!

You think that capitals are currently worse than subcaps? That’s strange.

I just listed a bunch of ways that they are worse. How are they better?

I just listed a bunch of ways that they are worse.

Almost all your “ways” apply to literally every ship, except corvettes. You are telling us that subcaps are bigger, not that they are worse.

So, it doesn’t matter to me if stealth bombers are DESIGNED to take down large ships. Maybe that design should be changed?

Are you actually serious?

Sure this is a “space game” but c’mon 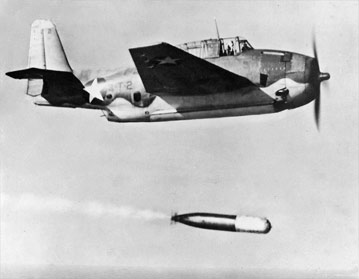 Bigger isn’t always better. Ask any water buffalo that got taken down by a pack of wild dogs…

Yeah. The only time I see capships get taken down by other capships is in these big nullsec invasions where one giant cap blob is fighting another one. Other than that, it’s water buffalo vs. pack of wild dogs. And pack of wild dogs always wins.

What 5 characteristics do you think SHOULD define Caps?

Of course a single ship is going to run away from a group of ships. Especially if that lone ship is fitted for PVE and the fleet for PVP. I don’t really understand your point here.
A bigger ship is not worse than small ones. It’s just not designed to be used alone. Carriers can be a real nightmare to other fleets when supported correctly. Dreads will tear up other capitals, etc. In Eve, each ship is a tool for a certain purpose. Sure, some are move universal tools than others, but trying to use it for something it’s not designed to do is not going to work. Trying your luck as a lone player against a group of players is (usually) not going to end well for you.
You are simplifying this whole thing down to “A is bad against B, so A should be cheaper”, while in reality there are many different attributes that make the first part of your assertion true, in this specific case, but would make capitals even more overpowered than they are currently.
You focus on one particular situation without seeing the full picture. That’s a really bad way to balance something in an MMO.