This is probably a stupid idea
but what if during a pvp fight if you have active mods that are being overheated, you can set one to randomly be boobytrapped that when picked up by another player, it can cause significant damage to the ship picking it up, depending on the size of the mod vs size of ship…
like a cruise missile launcher blowing up on a smaller ship will cause more damage than when it blows up on a larger ship.

but RNG plays into what loot drops and what doesn’t, so if mods are overheated when destruction hits, it would still be rng on if it survives or not.

I love the idea of booby traps. It be like fishing. Make a booby trapped wreck, and wait for an astero or something to come take the bait.

I’ve heard people complain about crime watch issues before with this kind of stuff (i.e. it would allow people to do damage to others without getting concorded), but there are probably ways you could balance this. For example, you could make it so that you can’t blue booby trapped wrecks. Thus, someone would have to turn their safety to yellow and accept the risk if they wanted to try for the loot.

Anyway, it sounds like fun, and it would make New Eden a more treacherous and interesting place.

well my thought process was it wouldn’t work in hisec unless you set your safety to red and you were either in a war, or a duel. Considering unless baited or in a war, whoever attacks you is going to be concorded anyway in high.

the idea was more in line with either wars or in low or null.

What? Oh yeah, other areas of space. Yeah, that’s fine. But I also want for HS. Gimme.

And, gank and WT victims might also like it if it can allow them to take out their killers and/or their haulers.

I’m not exactly sure how it should be balanced in terms of strength, but I really do like the idea. 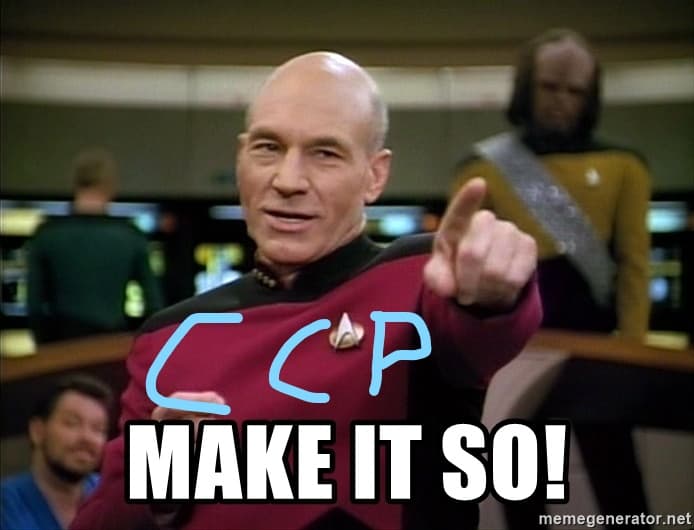 actually I’ve been thinking about something similar, some kind of trap device could be a huge benefit to various forms of game play

+1 from me, i like the idea of trapping wrecks, but i also like the idea of trapping gates and other such things as well, not sure how it would be implemented correctly I can envision some kind of cloaked space mine programed to only trigger when a certain person comes in range. but instead of the normal mines we see in the ESS rooms with various forms of damage, perhaps, something else?

I want a lot of things

I like it. Extend the idea to anything in cargo with a 10x damage multiplier if it’s a hauler that picks it up.

this, there is something there for this.
i can see this being used as a highsec trap, you rig an item with a trap like a faction mod, jettison it into space & abandon it, the first person to take it, BOOM.

although instead of BOOM i can see it more along the lines of, some kind of web & scram effect, something nasty which doesn’t damage the ship but incapacitates you or something, drains cap down to 0%, it effects the ship in question. doesn’t harm surrounding pilots.

This sounds like a mechanic where no one wins and just leads to rants and frustration.

Unless it destroyed the ship you wouldn’t even know if it went off. So no real gain to the one dropping them.

The ones picking them up will only have lose scenarios and they would be entirely rng in nature.