So obviously it was just all a big PR show and games yesterday when ccp cynoed in botters into Yulai.

The botters are logged back in and freaking RATTING/BOTTING AGAIN.

WHAT A JOKE CCP.

DO NOT LOCK THIS THREAD WITHOUT A VALID STATEMENT. 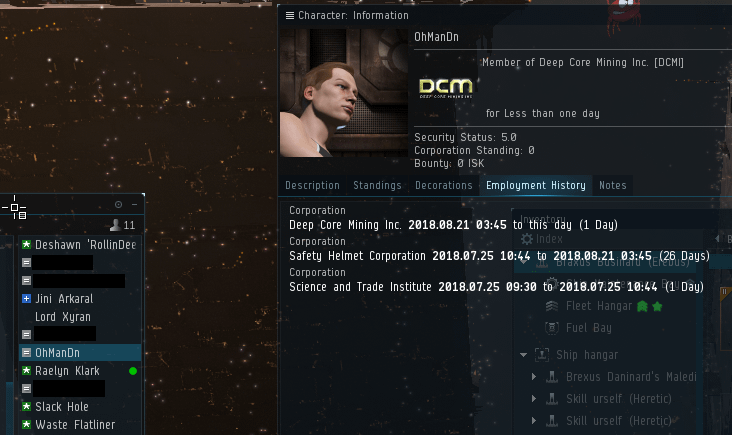 WHERE IS THE BAN?

Lock the thread for too little amount of caps lock chars used by OP.

I question a bit Wether they may have been bots.Usually bot fits differ a bit and theirs seemed like normal player fits.Take for example the multiple super bots fiasco earlier this year each nyx had a gist type xl booster and a sebo not a nsa to preserve capacitor.
If they killed actual players and some can be very determined to farm it’s a big ■■■■ up.
I can nyx rat for 6 hours straight does this make me a bot?
I can also carrier rat in a thanny for 12 hours if I wanted with minimal Imput does that make me a bot?

For botters like these we really need a monthly old-Rome-style Colosseum event fight for their lifes. And the winner still gets biomassed if the populous demands it.

This is the only instance of an Arena system in EVE that I would support unconditionally.

Technically speaking killmail with fighters does not mean that it was ratting again.
It might be that someone found its fighters (which might have been left in space when the bot was teleported day before) and killed one of them.

It’s better to ask killer what had actually happen there.

I don’t think CCP truly wants to fix the problem of botting. This was just a publicity stunt. I wouldn’t be at all surprised if those players appealed and got their ships reimbursed by CCP too.

I wasn’t there at the beginning of the “event” but does anyone have any logs of CCP staff actually stating that those players were botters and that was the reason why, or was that just people’s assumption/hope?

Left over fighter out in space, scanned down and popped. Nice work!

Some of you should improve your knowledge of the game and related mechanics.

Funny that this might happen when a carrier is suddenly teleported away. Funny how that works.

What bout the fact he is logged online in picture and has by now liquidated all his isk and extracted all SP and transferred to a new burner account by now because
CCP DID NOT EVEN BAN THEM FOR SINGLE DAY?

In before the lock!

Also, el oh el at you, telling CCP what not to do on their privately owned forums. You silly goose.

I can nyx rat for 6 hours straight does this make me a bot?

and thankfully you are not a GM

whoever believes it can buy my car…

One of my pilots finally finished up a skill plan to fly a nidhoggur, on his way to flying a Hel, day before yesterday. I was out ratting in it, and was chatting with one of the alleged botters while I was doing it. Doesn’t mean he isn’t one, he just happened to be at the keyboard at the time. My motivation for having the carrier/super is fleet protection for my rorquals. But having the option of doing some ratting that is actually profitable, is pretty nice. I’m still a scrub, haven’t quite gotten the rhythm down so I am losing the occasional fighter, but I’m still having fun.

I hope CCP continues to use this means of dealing with botters, but if they aren’t also immediately banning the accounts, they must begin to do so. Botting and cheating in any MMO is detrimental not only to the game economy, but to player morale, when they don’t see anything apparent being done. CCP is shoulders above the rest of the game companies, in that they have clearly said they have banned thousands of accounts in a pass, and now this event.

DO NOT LOCK THIS THREAD WITHOUT A VALID STATEMENT.

They have to start banning payment sources.

In our excitement, we forgot to ban the bots that we killed yesterday because we’re a bit dumb sometimes.

This was rectified just after downtime today, and as of around noon UTC, these guys were all nuked.

Isn’t it obvious, it must been a conspiracy and CCP let them botters skill extract and transfer wealth on purpose before they got banned because they were bribed!!!11111oneOneElevenZomg

Big freaking deal, don’t know what your problem is, they aren’t obstructing your ability to play the game.

The constant decline of player log in numbers is due to people like you who constantly cry wolf about bots. Hell, eventually there won’t be any player’s left in the game.