Bring back the old Chimera as the Chimera Navy Issue

It seems to me, or have there been no updates in the list of ships of the old factions for a long time?)
And why not upgrade the capital ships? Well, except for the balance of their characteristics…

To be honest, I like the old Chimera design, unlike the current I-beam).
And I thought about how to get it back, and since the Army options (Osprey) are different, then you can also do it with the rest of the ships. 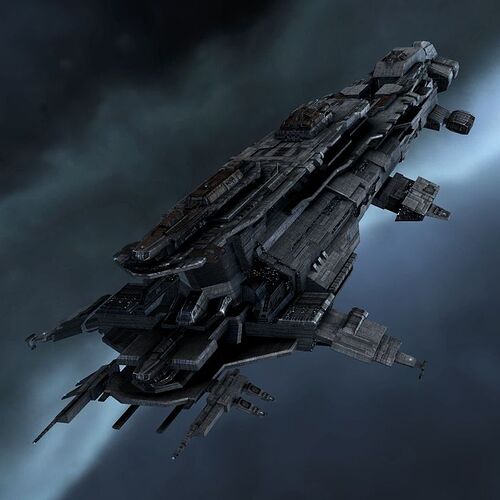 It is unlikely that they will add, why not dream

.
Do you have any ideas for the development of CBT in the game?

Sounds cool, but it should be only available to purchase with LP to people who have devoted themselves to that faction through the new FW system coming up soon, and have one Faction variant for each race.

About the actual stat’s no idea never flown one.

Total cost would be about 11b.
1000 isk/lp, 3b hull nexus chip bought at about 1500 isk/lp around becuase of demand.
Might be too expensive not sure maybe 8bil ish is more reasonable.

This will have a few factors in the game:
Mission runners in high sec will make more isk from missions as they can farm the omega nexus chip’s.

Low sec faction warfare guys can actually farm the lp and get the ship’s and sell them to the null dudes.

Null dudes can save up and use these bad boy’s.

Only people not benifiting would be worm holers as usual xD

Although nothing stopping anyone for signing up no matter where they live more incentive I guess to join in.

FW it’s high time to upgrade. And if a new capital ship appears in the rewards after the update, then this should arouse the interest of players in FW.
The main thing is that after the update, it doesn’t just get worse and more boring

you should post things like this on reddit thou no one see’s it here, also feel free to use the lp costs and stuff that I post’ed it should be balanced theoretically. I have done tons of spreadsheet’s so have a good feel lol.

I’ll try, but I’m not well-versed in it, it seems to me that everything is somehow not very convenient for him