Buff edencom ships - but in a different way

I like the new buff to edencom ships, feels super satisfying to nuke a fleet of ships in the abyss with the new 10x target buff (9:59 here https://youtu.be/9xvZ76w0kUs?t=591 ) 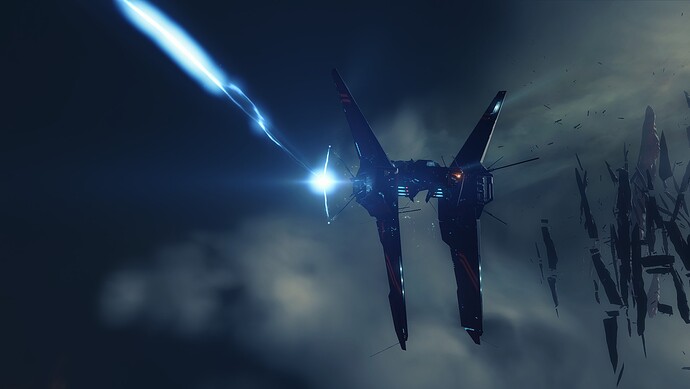 But in my opinion this is not where edencom ships need to be buffed. They aready excel in multitarget carnage. The main issue that makes them so overly niche and unused is that they are so bad in single target enemies. Both in abyss (battleship waves) and pvp with few ships.

Put this in the correct part of the forums.

The main issue that makes them so niche is that they are so bad in single target enemies.

A ship designed to use weapons that engage multiple targets is bad at engaging single targets?! Say it ain’t so! How will the game ever find true balance when a ship can’t do the thing it’s not designed to do!!

Im suggesting this so they have at lesat som single target capabilities. With a 2x damage buff thatll be way below average pirate cruiser dps. I feel like these ships are so niche that its too specific which area they are useful in.

The switch between single target and multiple targets.

no i mean which part of the forums

I propose that the edencom ships have 2 firing modes

This will make them OP and overshadow the rest of the subcapital ships.

It will , they are already going to be OP when they’ll get the 10 targets buff . Imagine a fleet of 200 of these battleships / cruisers . Imagine the horror for the logi pilots on the receiving end . Can you picture how the broadcast for reps history is going to look ?
On top of that , you also want them to perform well on single targets . This will derail the meta by too much .
They are fine where they are now, specialized splash damage ships. What you ask is for a very good swiss army knife, which is bad , we already had that in the past under the form of OP T3Cs.

I don’t mind the t3 mechanic but maybe change it as a method of selecting between 3 types of missiles it gets 3 modes launches 10 torps 15 cruise missiles or 30 heavy missiles.

Rename vortron projector to something like adaptive nanite launcher system.

And frig can shoot rockets or lights

Honestly, i think the bounce range is the big problem. 10 km is not enough to make the ship usefull. In most situations the npcs will stay further than 10 km from each other so you will never have good dps…

I suggest that instead of increasing the number of targets increase the vorton bounce range from 10 to 15 or 20 km at max skills… so with no skills you have like 10 km but with max skills you could reach up to 15-20 km bounce range… just a give a bonus to the hulls for the bounce range.

Hopefully, this will make the ship much more useful to truly reflect it’s market price… atm the price is way too high for what the ship can provide… and compared to trig ships, edencom ships are just useless.

you just put your fleet in a formation spaced 10 km from each other… then there are no bounces… and single target damage is poor… so edencom will still be useless in fleet setting… and what about the trig ships? aren’t those swis army knifes with logi and insane dps all in one?

Triglavian ships are already OP , we don’t need Edencom as well , or we will just end in using trig and edencom ships only as the rest will be just powercrept.

I would not mind if they have a second function attached to them. Anti-missile ewar bonuses? (spitballing) I think the easier solution would be a single target munition type. Speaking of which, the cost of ammunition and complexity of manufacturing it for these hulls makes them close to a novelty. Can that be reviewed?