Bumping analogy and why it is griefing

Bumping is an exploit and it is griefing. It is not how the game is intended to be played.

Imagine you’re walking down the street in New York City. It’s crowded- it is to be expected that people may bump into you. That’s just life in the big city.

But as you’re walking, carrying your purse, you notice a guy following you. He has on a coat and his hands are in the coat pockets. He suddenly runs up to you and collides with you! You are shaken, but you hold on to your purse and try to run away, but it’s crowded and it’s difficult to find a path away from this idiot. He bumps you again, and again, still with his hands in his pockets. Finally, he bumps you hard enough that you drop your purse. You run away finally, and he picks up your purse.

The police come and detain and question the man. He says, “I never touched her! My hands were in my pockets the whole time! I didn’t make her drop her purse! She dropped it, and I just found it.” The police let him go, with the purse, because he’s right, he didn’t TECHNICALLY touch her.

This is EXACTLY what is happening now in high-sec mining. Griefers are bumping Orcas and other mining ships, which are playing and enjoying the game within the rules, and then stealing mining drones separated from the ship- or not, they are griefing other players because they can enjoy doing it without incurring ANY RISK. They are stealing, just like the guy in the coat stole the purse. They are profiting without incurring any risk. This is NOT Eve. Eve is risk = reward. To bumpers, there is ZERO risk, and yet they are rewarded by stealing and selling drones, or enjoying griefing other players while incurring ZERO risk.

BUT- in this case, there is no way to make this risk smaller! High-sec mining, which is done within game mechanics and according to game rules, is by definition ALREADY in the safest areas. Bumpers have discovered an exploit in game mechanics where they can grief other players, profit while incurring ZERO risk, and there is no way for the player to improve their situation.

GM’s have told me to “wait it out”, or “move to another system”, or “increase your orbital speed and drone speed!” or “log off”. Really, the solution offered by the game is to “log off”? Please pay for and play our game, log off!

Why should I pay for Omega to play within the rules, while someone else hampers my enjoyment of my paid-for gaming, while he incurs ZERO RISK and REAPS REWARDS for his hostile actions that grief my game play? Why should I pay to enjoy a game, then log-off because another player is stopping me from enjoying playing the game within the rules while that player incurs ZERO RISK for their hostile actions?

-the ship with the greater velocity is the aggressor, and bumping occurs more than once in a 10 minute timer in open space,
-no aggression between fleet-mates, corps-mates, and high-standing mates,
-no aggression within docking perimeters.

I ask that the Council considers backing changing the rules similar to the above that protect high-sec players from obvious actions that in any same world are considered hostile.

This is not what Eve is about.

Thank you for reading my wall of text!

Bumping is an exploit and it is griefing

Eve is a competitive game.

There is a limited amount of ore out there, and you are in direct competition with the other players to harvest it first. Why shouldn’t they be able to non-violently push you away from the valuable stuff and claim it for themselves?

I mean, it’s not like there is no way to counter a bumper. Just fly anything but an Orca and they can’t bump you out of range. Highsec doesn’t mean you are entitled to interference-free farming. Bumping is non-violent (that is, without loss) way for players to interact and jockey for control of resources which is the whole point of the game.

I enjoy that at least in highsec.

According to your rules I park a ship in front of your orca, you bump me, I now legally kill you and get all your dropped modules and drones.
Not just a few mining drones if you don’t recover them first.
Not to mention you would still have to bother shooting me even if you got me suspect for bumping. Which still means you die.

You might want to sit down and work out how to abuse things first before making posts like this. It’s quite abusable, and it sets incredibly arbitrary rules that don’t flow well.

This subject has been brought up at least 1000 times. Bumping is NOT griefing. It’s one of the few remedies we have against bot miners in high sec. When I see someone AFK or botting in an Orca, that player is seconds away from being punted out of that belt or anomaly at a high rate of speed…

What’s your high score? Mine is 8317, asteroid assisted.

Bumping is an exploit

It is not how the game is intended to be played.

It would be easy to disable bumping, but that wasn’t done even after years of complaints. So, it is intended. Some of the uses might be not, however; they are patched out.

“I just clicked ‘approach’, why CONCORD is killing me?”

It would be easy to disable bumping, but that wasn’t done even after years of complaints

They did set it to a 3 min maximum which is a happy middle ground for nearly everyone. Let’s you bump tactically but it’s not an infinite point forever.

-the ship with the greater velocity is the aggressor, and bumping occurs more than once in a 10 minute timer in open space,

What is to prevent me from doing the following:

What is to prevent me from doing the following

I guess the next addition is “no aggression within 15km of gates either”.

So I could still bump AFK and bot Orcas that like to hide in starter NPC corps? You really haven’t thought this out. If it’s realism you’re going for, then technically your Orca should be incinerated when I slam into it at 13 km/s in a 12 million ton cruiser…

When 4 random, unaffiliated Orcas warp in to your moon ore belt that you paid to extract and start taking all of the ore, then you’ll realize why we need bumping… 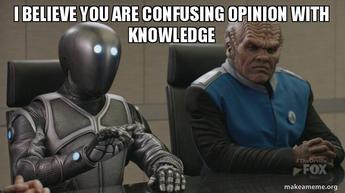 High-sec mining, which is done within game mechanics and according to game rules, is by definition ALREADY in the safest areas.

Exactly, you have already achieved the minimum level of risk and that minimum is not zero. Feel free to leave highsec and never again worry about bumping.

-the ship with the greater velocity is the aggressor, and bumping occurs more than once in a 10 minute timer in open space,
-no aggression between fleet-mates, corps-mates, and high-standing mates,
-no aggression within docking perimeters.

I don’t see why anyone is so hostile towards this changes. This was asked for years and should finally be implemented. I see absolutely nothing that can totally backfire here.

Here is a green notification marker to show my support

Why should I pay for Omega to play within the rules

The bumpers are also playing within the rules and if you want them to have risk, gank them.

Just so everybody knows what’s going on here, this is an alliance with 13K+ members (SICO) complaining that a single player with 2 accounts (me), is bumping their Orcas left and right every day, and pretending that CCP should solve the problem for them. Make of that what you wish.

Also fully expect the forums to be spammed with threads like this in the foreseeable future. This is exactly the kind of attitude that Sabus Narian promotes and the way he “teaches” the newbies he recruits to deal with difficulties in the game…

Just so everybody knows what’s going on here, this is an alliance with 13K+ members (SICO)

And this is why the forums should have kept showing player corps.