I have been looking at rapid missile launchers, and that gave me an idea of burst - fire weapons.

These weapons could provide us with new gameplay and tactical situations, just as rapid launchers when they were introduced.

The cooldown would have to be much longer than that because the reload time of an 1400 mm Artillery is already 10 seconds with a cycle time of 40 seconds. To make this work, you’d need reload times of 40 seconds.

My idea is that these guns will have more burst damage over a short period of time, while having less overall DPS.

In case of 1400mm Artillery, it could look like this:

I had this same exact idea a few days ago. (I was actually thinking of a reverse triglavian ship, that is the cycle would increase with time, but then I realized it would only need to stop the gun to get increase damage , so using a hard cap that is reload would be better ^^ )

The problem is, it would be OP for suicide gankers and F1-fights (which are basically the same brainless gameplay)

So I think a tracking-increasing gun would be better. like +800% tracking max (makes the weapon decrease a size), 200s to reach max tracking so a 40s delay gun would have +160% tracking increase per shot. 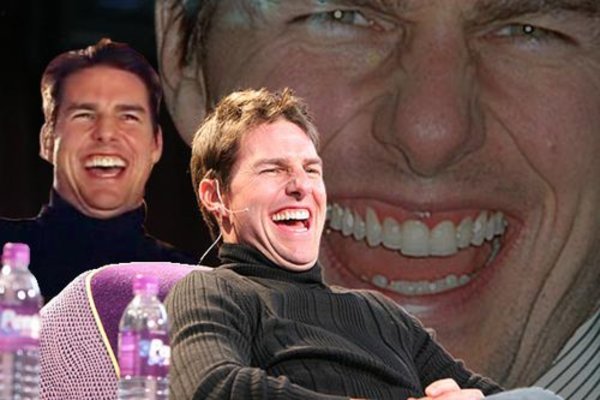 I have worked out some distinct parameters of other weapon types, and this is how they could look like:

So, there will be 3 different weapon platforms with unique characteristics.

Artillery will have highest alpha damage with only 2 shots per magazine, but very little margin for mistakes and longest reload time.

Beam lasers will be able to shoot in a very rapid succession and have only 30 seconds reload time.

Railguns will have the biggest clip size, which will do more damage overall, but will require more time aswell.

And speaking about ganking in high sec, I dont think it will have that much impact on the situation.
The same people who do it now will continiue to do it anyway.

And speaking about ganking in high sec, I dont think it will have that much impact on the situation.

Then you are wrong.
There is a reason there are nades at the gates and the exit of Jita.

Which has no relation to this thread or my idea.

There is still a reason you see nades, not oracles or … can’t remember the caldari ABC lol.

Back to the topic, it means that a nade could shot 2 times instead of one before getting CONCORDOKEN, making them deal double the damage, per isk cost.

For someone who knows even basic game mechanics, like MWD + Cloak trick and insta warp pings, those gankers are not really a threat.

And for someones who dont know about basic game mechanics and autopilot their expensive cargo through highsec… well there is no cure from stupidity. Burst weapons or not, they will get ganked in any case.

There is STILL a reason .

With whole 100 kills on Zboard, I doubt that you can judge what is relevant and what is not.

Perhaps once you learn more EVE, you can make a constructive comment.

Anyways, Nadoes in Jita are not related to this topic.

If you have to add some comments about these weapon systems, you can post them here, otherwise please make a new thread about ganking.

As for the game in general, adding new weapons, new ships and new mechanics is very important to keep a healthy and diversive gameplay.

Anyways, Nadoes in Jita are not related to this topic.

yes they are. You saying the opposite proves you can’t judge what is relevant or not.

So I think a tracking-increasing gun would be better. like +800% tracking max (makes the weapon decrease a size), 200s to reach max tracking so a 40s delay gun would have +160% tracking increase per shot.

I would do something similar, but not for a burst fire weapon.
Basically a literal “double” version of the highest damage short range turrets for a larger ship (example for a medium turret: Double Light Neutron Blaster). They could maintain the rate of fire and 90-95% of the tracking of the smaller size while increase the optimal range by 50%. The damage would be doubled, mostly because I would use the larger ammo to make it more convenient, and it would be unusual to have a turret that consumes more than 1 charge each time it fires. If we want to make them more interesting, we could have them require the specialization skills of 2 different sizes, this should probably be compensated with a slightly lower base damage multiplier.
So we would have double small turrets for medium ships, and double medium turrets for large ships. The capital ships are kinda covered, but maybe we could make them better in terms of combat abilities by making them consistent with the subcapital versions.

I think a weapon like this has the potential of creating a new support role for fleets, where some ships could be specialized to deal with smaller targets that normally would be really hard to hit if they manage to get close.

They could maintain the rate of fire and 90-95% of the tracking of the smaller size while increase the optimal range by 50%. The damage would be doubled

Then this would be plainly better than L guns.
the difference from upsizing guns is IIRC

The idea about increased tracking is nice, but it feels like it needs a bit more thinking.

Like, if I get more tracking over time, then what do I lose? Projection? Cap? DPS ?

May be this idea could be added to a new Mutaplasmid. This mutaplasmid will not change any base stats of a wepon, but rather negatively or positively affect some parameters over time.

So, the perfect roll will have all positive values, but they will be very rare.
However, in general, it will be a mix of the parameters. Like better tracking and DPS for worse projection and increased cap consumption looks like a fair choice.
Not to mention that there will have to be several of those guns with positive rolls to fit to your ship.

Like, if I get more tracking over time, then what do I lose? Projection? Cap? DPS ?

nothing, you add this to all weapon systems.

I didn’t say it was a balanced idea.
My logic was that tracking to hit small targets takes priority to hit smaller targets and the damage comes from (literally) taping 2 of those guns together and then jam it into a larger size slot. I thought the range increase can be justified with having more power, and since I would only use short range guns this way, a bit extra wouldn’t matter that much. Turrets of the correct size should still be better against the same size targets, these are only intended to get the smaller ones.

I’m probably the one who is using the rapid launchers in an incorrect way, but I usually do that to deal with smaller targets, because the missiles do what they do regardless of the launcher. But undersized launchers don’t get any bonuses, rapids however sometimes do.

I’m probably the one who is using the rapid launchers in an incorrect way, but I usually do that to deal with smaller targets,