Hello again! I haven’t posted any of my adventures here for a while, sorry about that. Work getting in the way, but hey, those asteroids aren’t going to mine themselves!

So, I made what will either be a great decision or an incredibly stupid one. I decided to leave New Eden behind for a while and see if I could survive in Anoikis.

I made a start by getting a ship together. I didn’t want to take my battlecruiser, it cost me a lot of ISK, but at the same time I didn’t feel a frigate would be good for long-term. I settled on a Rupture-class cruiser - a bit of an investment, more solid than a frigate or destroyer but not as much of a blow as a battlecruiser when I inevitably lose it. I fitted it out with an armor tank, a Core Probe Launcher (so I can find my way around the wormholes), a Data Analyzer and a Relic Analyzer (I mainly do exploring, not combat), a few 425mm AutoCannons, and possibly the most important, an Armor Repairer and a Hull Repairer. Those last two will allow me to fix my ship on the go, without needing to dock to a station and pay for repairs.

Finally, I decided to get a smartbomb to fill my last highslot, rather than a fourth AutoCannon. The problem was, there was only one for sale at Hek, and it was going for something ridiculous like 625 million ISK. I checked it out and there was one for less than a thousandth of the price at Jita.

Actually, it was pretty uneventful. Nobody was camping the gates or anything. I guess it must be the pirates day off. Made it to Jita no incident, picked up my smartbomb and finished up fitting my ship. Now, to find a wormhole… 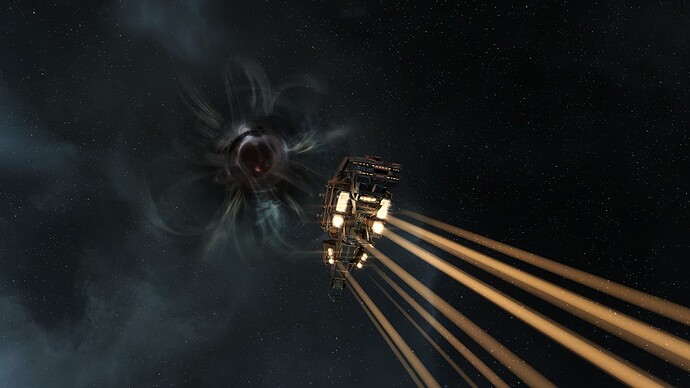 1) Entrance wormhole from k-space1920×1080 115 KB
Jita didn’t have any cosmic signatures, but one of the nearby systems, Isanamo (two jumps away), did. Went there, scanned down a wormhole, and jumped through into Anoikis. 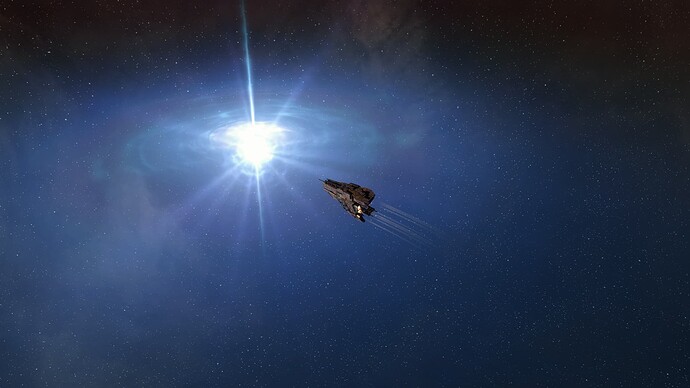 2) Pulsar1920×1080 94.4 KB
I’ve always found Anoikis to be eerily beautiful the few times I’ve been there before. Especially pulsar systems, like this one, cool and blue, hanging in the silent void, incomprehnsibly large numbers of miles from the nearest human being.

After setting up a safe spot and scanning down sites, I found a data site in the first system I visited. Good? Nah, it was guarded by Sleepers; fortunately, I make a habit of warping to 100km rather than to zero, and they still managed to lock on to me before I could warp away. Other non-wormhole sites were all gas sites or combat sites, so I picked a wormhole and jumped through to the next system. 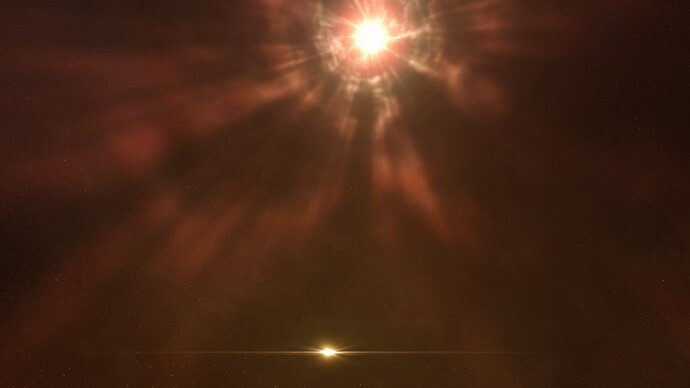 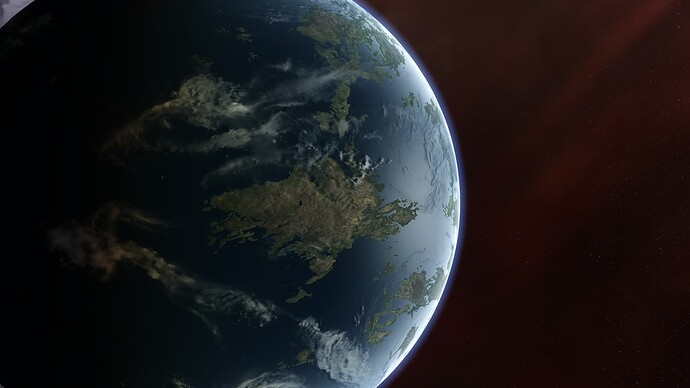 I scanned down two data sites and a relic site in this system, but all three were Sleeper-guarded. After running away for the third time, I decided to call it a day, so I put my ship into hibernation and went to sleep.

Where will I end up tomorrow? Who knows?

There should be unguarded sites out there, Ms. N’reylla; pirates often use the lower “tier” systems of Anoikis for data havens. Anything “Sleeper” is either already defended or is going to be soon, though.

One other thing to keep an eye out for if you have the skills and equipment is fullerene gas clouds. They’re normally initially undefended, and you can get a good twenty minutes or so of peaceful gathering in before the Sleepers send a patrol out. I have a prospect-class frigate I named the Pickpocket because that’s what it does: pick up pockets of gas.

Thanks for the advice! I am flying around in a Rupture-class cruiser though, so I don’t have gas mining gear on it. In hindsight, that might have been a good idea. Maybe if I make it to Thera, I can swap out some of my AutoCannons for gas cloud harvesters? Would also need some expanded cargoholds. Depends how much combat I do; if I manage to avoid it as much as I can, there’s not really much point to me keeping the combat modules on my ship.

I am flying around in a Rupture-class cruiser

I’ve wondered how well the scanning and hacking is in a ship with no bonuses.

I can scan down up to level 3 sites, I can get level 4 sites to 60-70% but not past that; maybe if I upgraded to a Sisters Core Scanner but those are expensive! As for hacking, I have rigs that increase my hacking abilities. However, hacking is at least somewhat skill-based, knowing what to do and where to look, not just purely how strong your hacking skills are.

I usually do exploration in a Slasher-class frigate (I know the Probe is the usual for exploration, but I like the look of the Slasher), so I do have experience with exploration without bonuses.

maybe if I upgraded to a Sisters Core Scanner but those are expensive!

Try the Probe Launcher II. Much cheaper than the SOE launcher and has some bonus (though not as much as SOE).

As nice as that would be, I’m an Alpha, I can’t train Astrometrics high enough to be able to use the Probe Launcher II

Explo-ceptors used to be very widely used. With strong skills, hacking all but the hardest nodes is easy enough.

Scanning likewise is pretty easy in unbonused ships. It’s extremely helpful to carry probes along for roams in your cargo with a mobile depot or in a spare high slot, regardless of being online or not.

I don’t envy alpha pilots, though. But I’m glad to hear that Ms. N’reylla is finding success with her chosen profession. My path has changed, but I started my career as an explorer as well and respect those in the profession.

Make sure you’re using the Sisters probes, not just the launcher.

Thank you, that’s very nice of you!

Another reason I don’t use it, the probes are another expense on top of the launcher

You don’t lose the probes. Use them.

Maybe they blow you up because they think you might have a Sisters’ launcher they can salvage from your wreck. But you do seem salty - it probably is funny to blow you up.

It’s always heartening to see newer pilots take fearlessly to New Eden’s more dangerous adventures, and this is certainly one of them. Affording an Omega license will be easier with that kind of attitude. If you find yourself back in K-Space wanting to convert some exploration into earnings I’d be happy to fleet up. A good haul from a single low-sec site can net enough to cover the kinds of expenses you’re talking about here. It may not be the singlemost lucrative pursuit out there, but it breaks up the monotony of other things nicely.

Having only recently returned to the capsule myself, the idea of loading up a cruiser and disappearing into Anoikis has a great deal of romance to it. I hope you enjoy the journey.

Great job getting out there! You could try using a Gnosis, it’s a cheap battlecruiser with a scanning bonus. You should also bring a mobile depot with you, that will allow you to change your fit in space.