so I wonder, where do arguments of CONCORD’s impotence come from?

Yep. Penalizing other pvp for ganks is just…well its idiotic.

They can’t tank concord. Most times no one fights back. So…you rip out the tank. Damage/application mod galore. YOu don’t need what many would deem a flexible balanced pvp fit.

YOu rip out all that sutff other pvp venues deem needed to not be a crap fit…you can put some damage/application mods on up that beast. To get artificially inflated damage numbers.

A common non hi sec gank armour fit would be ye old resist+plate+ dcu in lows. 3 slots spoken for. 3 slots you can’t put damage mods in. Gank fits don’t follow this. Don’t need to. If you found a way to put 1600 plate on an armour destroyer…concord is still gonna pop it lol.

So no tank, lots of gyro/mag stabs…higher damage. But you have a dessie that is popping to a strong breeze.

…so I wonder, where do arguments of CONCORD’s impotence come from?

if concord disappear ganking becomes free
them you will not be ganked by 30 thrashers (aprox value 300 million)
but 30 nightmares aprox value 30 ++ billion , that would zap you out of existence and wait to zap the next , independent of cargo or blings
most of the time , professional gankers make a calculation if it is worth it or not
if not they tend to not waste the money in vain

most old enough players , especially those who live in low or null , one time or another, forget their safeties in red and shot someone by accident in HS, its painful wen you ship get paralyzed and you know you will die in few seconds
i advice all to keep their safeties in yellow in HS , that way you can rob cargo and do other things that make you a suspect but doesn’t call concord on you 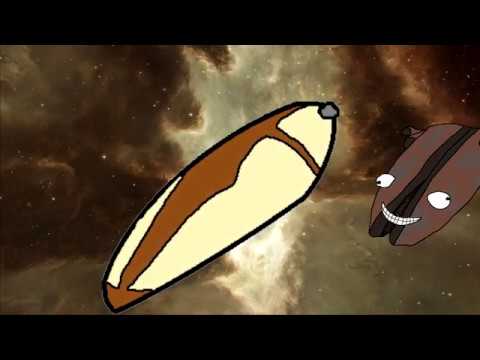 edit:
btw i see some confusion in new players about the suspect criminal thing
if a guy is flashing yellow he is a suspect , that means every pilot can shot him in HS, but if you do you enter a limited engagement with him , and he can shot back , the ship goes from yellow to blue and its the same mechanic as a duel … you cant dock or use gates for a minute to because of agro , some people use this to suspect bait , they park blinking yellow in hope to kill people that shot them
if a guys is blinking red , he is a criminal , -10 sec status for example, that means that the faction police will shot him soon , no mater were he is on the system , this can be prevented by warping from one side to another constantly
all pilots can also shot criminals but the same limited engagement thing happens
if a guy shots a NON criminal and NON suspect in HS concord is called , the ship become flashing red, criminal , and the guy WILL die, the time concord takes to land depend on the security level of the system and if the gankers already called concord to other place to make the process a bit more slow , they do that by shooting each other with rookie ships most of the time

Majority of gankers and 0.0 has. Its not the majority of all the players here.

0.0 wants to cut out the middleman of that dreaded 20 jumps to hubs on the JF inbound route. They hate the inbound runs. its work. Outbound not so much. As soon as in cyno range poof they go.

Why abyssal space opening up with easier access is gaining acceptance as a change Some are eyeing it as more direct route out of empire possibly. Hit poch, jump to low, on to 0.0 after.

Hell some saw a new cyno beacon setup that works in hi sec coming out. Had reddit going cool…oh, description said polaris use only. CCP peeps can use this not us. 0.0 really would love to cyno around hi sec basically,

Another #igotganked thread ? Indignation for a ship loss after poor decision making ?

If you lose stuff, it’s almost always your fault. Really, only yours.

the gold standard for sensible eve game play, available in the New Citizens Q&A section.
It’s how the game is played, it’s how we roll, is part of what makes this game unique on this planet, and why it has the learning curve it has.

… behind which are feelings alternating between

The pressing question is, will player give his stuff to us ? (I need stuff, I was ganked too, while I was trying to acquire goods that didn’t belong to me)

I need stuff, I was ganked too, while I was trying to acquire goods that didn’t belong to me

Nah, it was moon goo ffs. Stupid me, thinking to be safe because of “I haz cloak on ship, I are safe”. They landed right on top of me, clearly with neutral eyes on me.

(post withdrawn by author, will be automatically deleted in 24 hours unless flagged)

Ever get to wh’s…they do this too.

They like to dangle the “innocent and vulnerable” ships . Look at the hauler, pulling tons of dead sleeper poop.

The first question this should have you asking is…did I miss the patch notes an industrial (t1/t2) got a massive buff to kill sleepers with a smartbomb some put on jsut because…why not?

After you check patch notes and go nope…you should be asking where are the ships that did kill the sleepers. and why isn’t at least 1 guarding the hauler/looter.

the answer is it is there. Probably quite a few of them. Want to see them? engage the hauler lol.

lol yeah, always assume the one who actually lives in w-space knows you are there, and that there is a plan behind the plan behind the plan. Oh well, we always have dscan, and have to scout the entire hole and the neighboring ones before we attack, don’t we. But, my own loss to the gankers was in hisec, I’m much more meticulous in w-space

I’m much more meticulous in w-space

Your making me miss this game…

You’d better be, because i’m watching them watching you…

I mean come on back, there is still murder to be found. If you like flying t1 bc and below anyway.

I believe it’s all about expectations, setting realistic attainable short-term goals and avoiding delusions of grandeur. Patience and the power to analyze are key, at least for me. As usual, we are our own worst enemy.

Yes, actually that mental toughness sound a bit too much like “Internet toughness”, or “Game toughness”.

I’ll have you know I graduated top of my class in the Navy Seals, and I’ve been involved in numerous secret raids on Al-Quaeda, and I have over 300 confirmed kills. I am trained in gorilla warfare and I’m the top sniper in the entire US armed forces. You are nothing to me but just another target.

I propose taking the reduction in suicide-ganking from this change

But you are right that this is just a start. This idea needs polishing.

So, ships are ammo. How is that a deterent ? It’s just a tax on ganking, based on your ship. It’s just like saying ammo cost is a deterent to do PVE. It’s only for carebears, and simplistic people who need an oversimplified reasoning like “cost = bad”. Are you saying me all gankers are carebears and/or simplistic idiot ?

I think CONCORD is meant to be more of a handicap than a deterrent.

Really? So why are they not wrecking the rule breakers then ?

-10’s should be prohibited from docking in high sec period. Concord should spawn as soon as -10’s enter a system and do what they are mean to do and enforce the law.