Trigs have their suits, EDENCOM should have uniforms.

DID anyone at CCP even thought about that?

Of course not, because it would be a somewhat useful thing to add (despite me not seeing value in clothing items because you can’t see them anyway).

If they ever do it, I just hope that it will not be just another rehash of the Outlaw-like Jacket that CCP has used in multiple occasions for all sorts of jacket styles. I recently saw someone wear the Imperial War Reserves jacket. That one looks cool and distinct. That is the way to go.

well if they do pls dont forgett the pants and shoes like they did on triglavian coats. would be also nice to have all clothing from all factions and bloodlines avilable to all capsulers since we are independent and can suit as we want^^

but hey whats one more broken promise these days hm?

I don’t know what you mean? You have the 3D full body preview of your character. That is all you need to marvel at your 5 Euro virtual clothing items.

because it would be a somewhat useful thing to add

I what way is clothing useful?

Compared to Edencom ships and weapons, even clothing items supporting the faction are useful.

I think there is enough shirts and pants, skirts and beret models that are already usefull for using it in uniform, but would need a logo and color change, so it fits all together. That would be really a packet minimum.

Why, CCP? Why u dont give such a relevant faction some uniforms?

This idea will surely be thrown on the desk of the CCP employee responsible for New Eden Store. In two weeks’ time there will be an offer to buy EDENCOM uniforms bundle for only 39.99 euros in the launcher.

Yes, speaking of price of outfits. 100M ISK for that Amarr Imperial War Reserve jacket in the LP store? Are you out of your mind? No wonder no one runs Resource Wars.

Well, I suppose they could add some red shirts and some brown pants…

But jokes aside, I think some light shade of grey would be looking nice. Or maybe dark? Even black?

Oh man, I have such a good burn for that, but I don’t want to be mean…

Great topic. I just can’t undock until I know I"m dressed to the nines…

I agree 100%, also I had mentioned the same thing to Mike Azariah a couple weeks ago in his CSM update thread.

I think some light shade of grey would be looking nice. Or maybe dark? Even black?

Most Triglavian suits are black and Kybernaut suits are basically black and blue with a little red. If anything EDENCOM should be light colors. That would definitely help show how different those two Factions are. 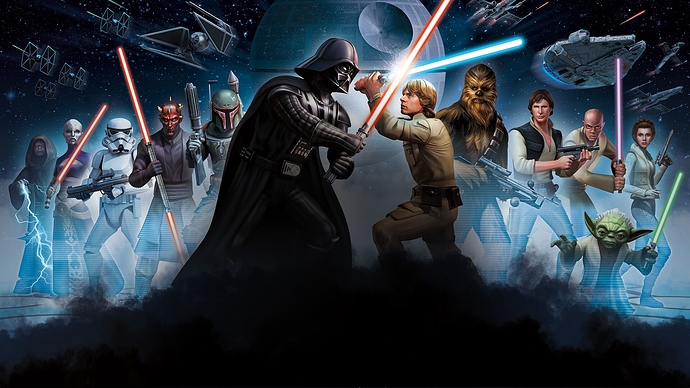 Granted the Storm Troopers have white suits but they actually started out with the Jedi first.

Trigs are red and black. Looking at how the EDENCOM ships look, they are blue. So EDENCOM uniforms could be blue also, with white accents. Shirt and pants, and skirt, high boots. Berets and caps. Maybe a coat that was previously in the game? That long one?