Please stop with the false advertising showing our characters walking in stations. It’s just rubbing our faces in a big tease you will never bring back. For prospective players, they don’t realize that the only time they will see their character is when they click on its icon or when they log in. 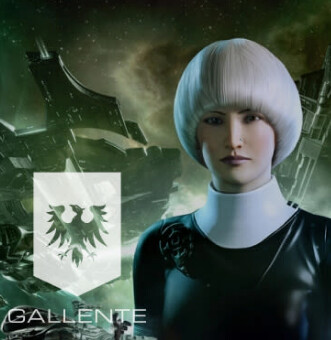 I think that’s already one of the existing female hair options.

Should be. Saw someone with that hair some years ago, it was yellow colored so she looked like a glowing light bulb

which I mentioned in npc corp chat. She didn’t react but some people had some laughs at my comment.

Judging from CCPs recent demonstrations, I guess they already have developed core features of flexible avatar animations.
( examples : Interview for the traitor from Gallente and AIR Introduction movie. )
It’s shame they are hesitating, or not capable to implement those functions which potentially expand the EVE’s range of players.

Please stop with the false advertising showing our characters walking in stations. It’s just rubbing our faces in a big tease you will never bring back.

I’m disappointed that you didn’t call CCP a “walk tease.”

I mean we could get cutscenes in this game someday. Like after turning in a mission. Chances are people would skip it anyways just like they tend to skip the lore of the 4 empires even though there is some descent worldbuilding (maybe not the best, but not only does it pass the very low bar of being better than average, it’s actually cool)

They didn’t delete all that old lore when the Triglavians appeared?

First of, not all of it, secondly yes there is a better way to worldbuild than the “Broad Strokes” trope or needing to rewrite any part, third while the lore isn’t exactly the best piece of soap opera fashion, it’s good enough that cutscenes might be a thing in the future. I mean probably not, but it’s possible. There are other priorities. Like ironing out a future patch which they promised would land at the end of November, and even though they are now finally trying to adjust it to the likes of their veteran subscribers rather than just shove their original version down the throats of the fans, I suspect the half ironed out patch will hit Tranquility at the end of November (I bet that’s one promise they are keeping) and they’ll continue refining it based on feedback after it was implemented before refining.

I thought that was an about-to-be-unrolled full body condom.