After being in eve for some years now i thought i’d spend a little isk on my charactor and make him look kool YA know?!?

but after looking in the new eden store i came out a little disappointed.

i mean this is 2021 where are the better tatto’s , the cyclops glasses and the jeans that hang round a thugs knee’s or even those favorite pair of PJ’s yall love so much!

one of my toons is missing his cowboy hat and cigGAR! while another keeps dreaming of one day being a clown. personally i would love to look triglavian so coooool!

CCP are not interesting, they would rather introduce all new terrible and useless skins for ships than this beauty

I dunno what I hate more, the thought of characters dressed like the OP suggests, or the OP’s terrible punctuation.

You’ll find lot’s of items in the Apparel section of the Market.

It’s not limited, last time I checked there was over 750 different apparel items listed in the Database and I’ve collected over 550 of those items. Most of those items I bought from the Market, some from the NES and Public Contracts, others were rewards from events.

Bottom line is if you really wanted better clothing options for Character Customization, you can check all those options, including the Sales Ads Sub-forum in the Marketplace Forum.

Perhaps it’s because of being Amarr which really has some cool RPish clothing options (part of the reason I chose to be Amarr, the RP bit) but so far I’ve not felt a need to buy any clothing related things for any of my characters (which are all Amarr). I’ve looked through the options and some are quite cool but not for my characters.

Would “more options” be “better”? Sure but at the same time you can do just fine.

Would “more options” be “better”? Sure but at the same time you can do just fine.

Yeah, I first thought that the stock apparel items in Character Customization was good enough, then CCP started giving some items as rewards and also advertised other items in the NES. I checked it out and saw I could have a lot more options in Character Customization to make my characters look much more unique so I started collecting the apparel items. 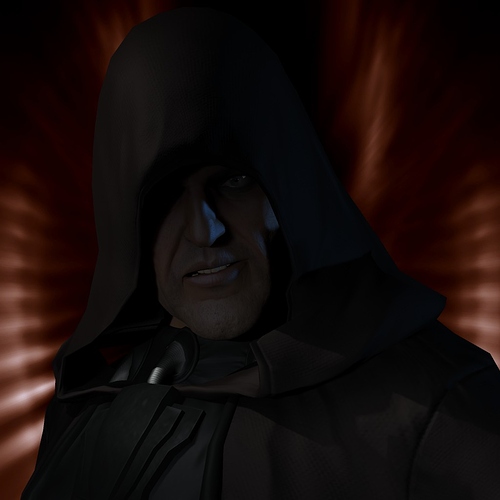 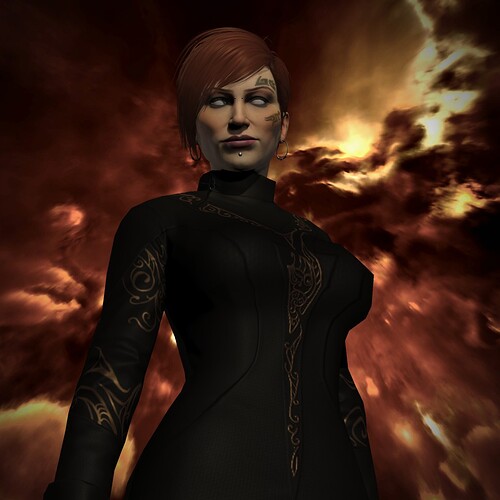 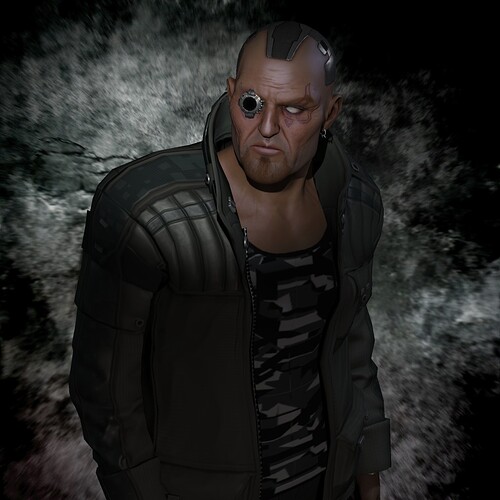 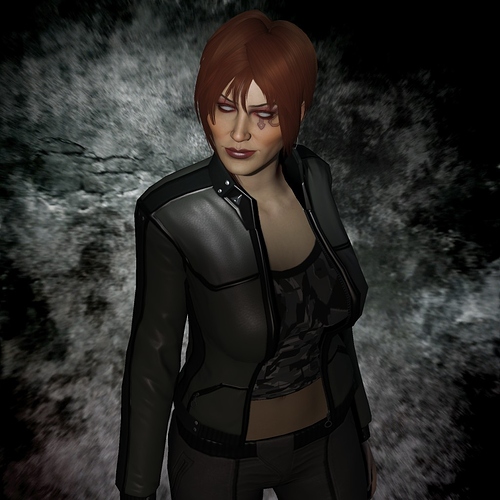 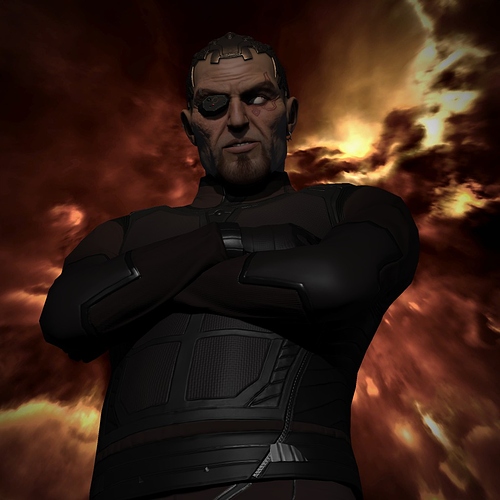 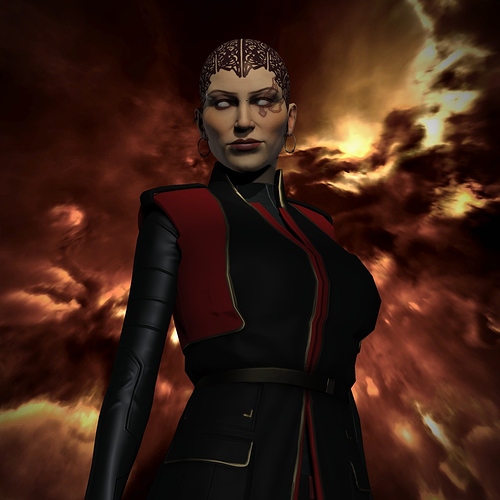 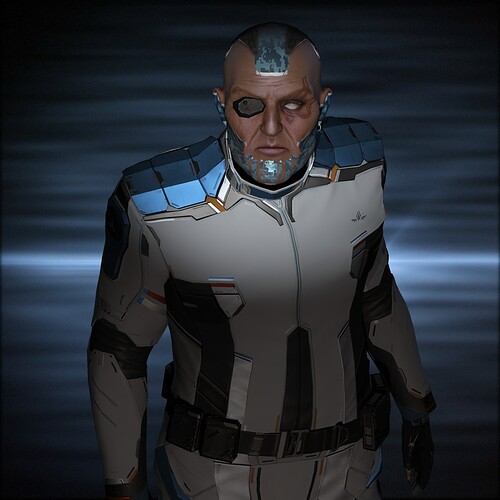 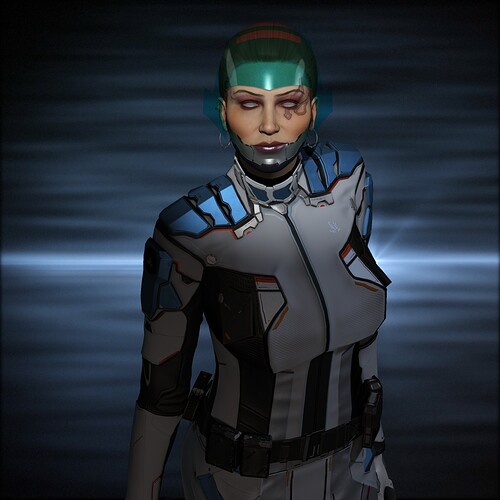 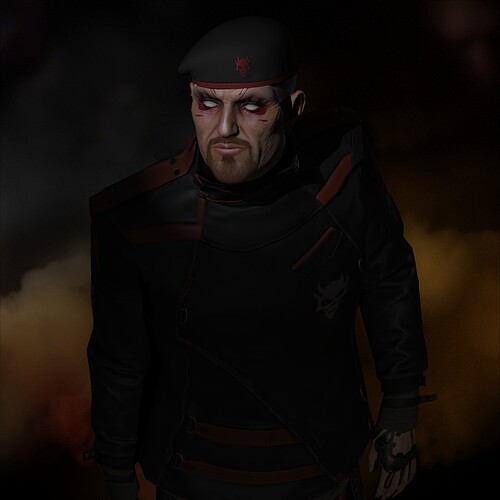 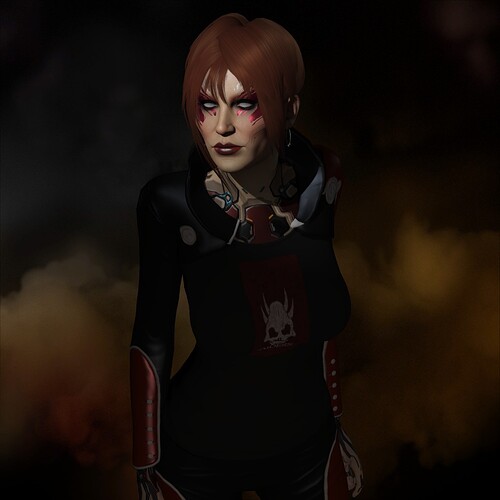 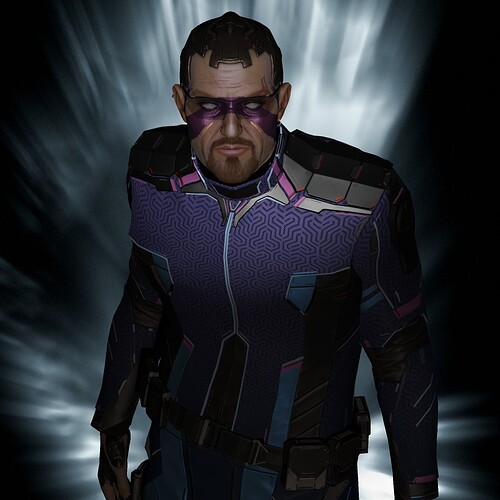 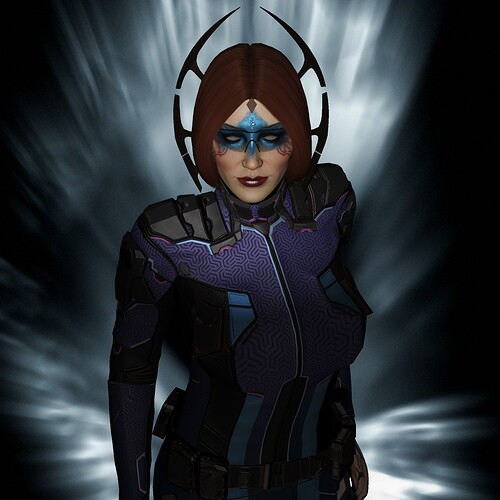 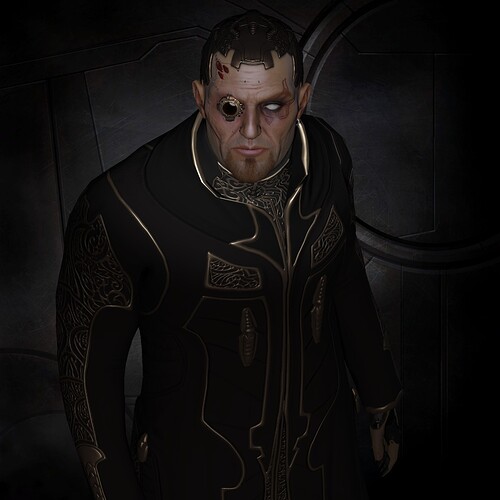 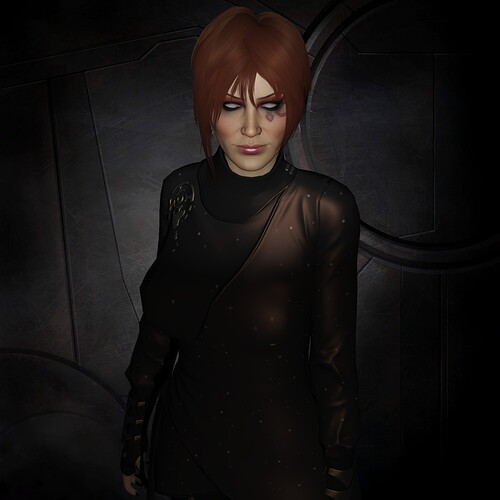 Instead of thinking of things that aren’t there, try to take a look at all the options that are there.

There’s an incredible amount of flexibility in clothing and other options for the character creator and - looking at your currect portrait picture - you’ve barely scratched the surface.

I agree it would be nice to have more character creator options, but it’s not accurate to call the current options ‘so limited’.

For some inspiration, take a look these threads:

Eve Online is a wonderful place Post your evil portrait here to win 100 m isk. Wave to me in eve and you can get 10 mil. If I see you in space with my character sponsored, you just might get lucky. Eve is not only isk and skills, show me attitude and also win my respect. This means a spot in my bio. I call out winners as I see them. Remember to fly what you don’t wanna lose. Eve is more fun that way. !Remember me and i will remember you! [2]

This portrait contest is suspended until further notice. 1. pOST hERE 2. iF i liKe yOuR pOrTraiT - yoU gET 100 MiL siMpLe

This is an official EVE Portraits contest Sponsored by Quafe and Dark Star MegaCorp™ www.EVEportraits.com

Nice. I like it when people put some effort into their characters, same with interesting bios.

Here’s what I have so far on my two omega accounts, so far all with standard clothing if only because I’ve not found something more fitting for the character:

My “teamwork and interaction” character who’s training into industry and is part of an actually active corp of folks trying to be self sufficient: https://images.evetech.net/characters/2118321623/portrait

I might revisit their looks at some point but for now they feel just fine.

edit - can’t get their avatars to work, dunno why.

Also, you can do more with the expressions of your characters Xanthellus. You can move the chin, mouth, eyes and eyebrows around to give them a lot more expression in their faces. 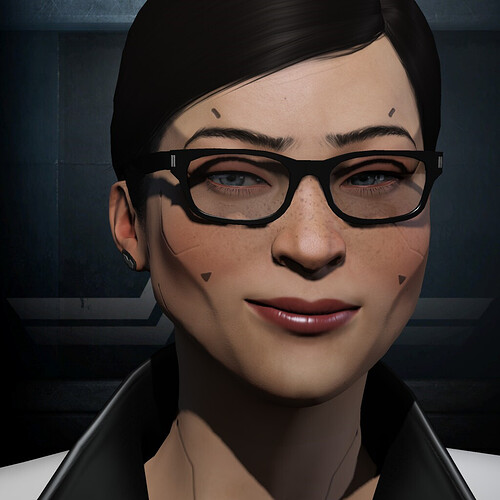 Here’s what I have so far on my two omega accounts, so far all with standard clothing if only because I’ve not found something more fitting for the character:

One thing I really like doing is to go on the test server, grab all the interesting clothes for 100 ISK a piece and just experiment. Sometimes they’re too expensive on the main server or don’t even exist, but it gives you a lot more freedom to see what fits and what doesn’t.

Those look good, they definitely portray the standard stern visage of Amarr. I was just trying to show different Apparel options that help keep the stoic Amarr look.

Like @Gerard_Amatin said, basically show info on your character, click the portrait in the info box to open the large portrait, r-click the portrait and select ‘Capture Portrait’. I then open https://imgur.com and upload the portrait from the folder that Gerard listed, then copy the imgur link and paste it into the posted reply.

The reason I save the pics in imgur is because whenever a new portrait is captured, the previous portrait that’s saved in the Eve Folder get’s replaced. By using imgur or some other image hosting site, you’ll always have a saved copy of all portraits.

Speaking of doing RP, during a Gallente Federation Day Propaganda Poster Contest, all of my characters posed for EDENCOM yet still represented their own Factions using NES Apparel Items. 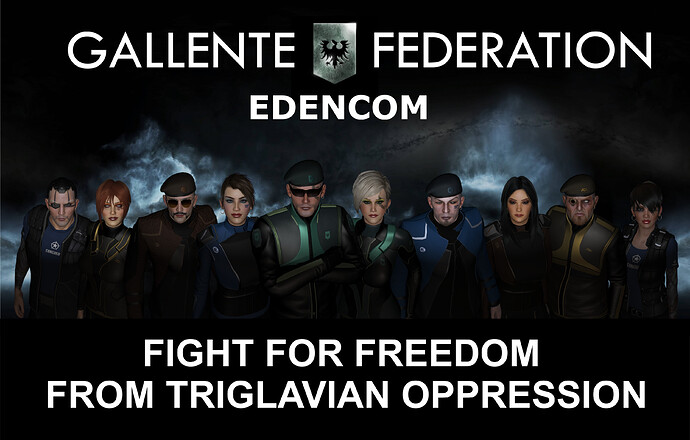 The reason I save the pics in imgur is because whenever a new portrait is captured, the previous portrait that’s saved in the Eve Folder get’s replaced. By using imgur or some other image hosting site, you’ll always have a saved copy of all portraits.

I rename old portraits that I want to keep and put them in an archive folder before I create a new one. That also works.

Character creation is a minor thing in my opinion. What CCP provides now is enough for some role play. As long as we can’t have Captain’s Quarters or Walking in Station there’s no need to go so deep into Character creation.
PS: I got this outfit from the NE store and I really like it but it’s just cosmetic. It serves no purpose whatsoever.

PS: I got this outfit from the NE store and I really like it but it’s just cosmetic. It serves no purpose whatsoever.

The purpose it serves is that it gives your character a distinct look. Portraits are still one of the main things to recognise people (together with their name) and the visible parts of your outfit serve a purpose there.

Pants and shoes are kind of useless though.

the visible parts of your outfit serve a purpose there.

Well, as a High Priestess of Sefrim, I just couldn’t go around in a common blasphemer’s outfit, now could I?

You should get Women’s ‘Excursion’ Pants (gold), for that noble look.
There is nothing looking more noble on amarr than gold.