Making this short and sweet because I don’t know what else to do with it.

Yes, you can have my stuff!

I’ll be streaming a large giveaway December 3rd starting somewhere around Noon or 1300 Pacific time, I have Crohn’s and I am not great at exact timings some days hence the range for start. (Not quitting due to IRL, I don’t really know how to word this, crohn’s can just be terrible for me to set specific times, that’s why I can’t say exactly noon, or exactly 1PM, just somewhere in the middle)

I’m not sure what external links are/aren’t allowed here. But the majority of the info can be found in this twitter thread. The only requirement I am going to have for winners is that they tell me their character name and accept the contract within 5 minutes.
https://twitter.com/Mj11jM/status/1463704820016025610 (Decided not to make it look nice)

Things of note you can win next week:

I’ll try and post proof of asset worth once my main character I will be contracting from gets the net worth updated, minus the injector worth as I will be extracting on stream to give something to watch as I giveaway things. Expect that tomorrow as I only did all the contracts a couple hours before making this post. There is a preliminary image at the end of the twitter thread

Welp, at least you’re going out in style.

yep! I also just realized I am posting from the character that will be handling all the contracts, so when I post the net worth it’ll hold a bit more clout to it than one of my other random characters

Indeed this is a good way to quit instead of the usual pretentious drama queen threads.

As I don’t need the free stuff (actually organize my own events and giveaways though much smaller scale than yours) I will not be partaking but good to see yet another EVE event and giveaway.

If I have the time I will promote your giveaway event in all twelve NPC corp chats (as I have an alt in each of them to can promote my own giveaway events and other community related activities so if and when I have the opportunity will go through them, though no promises as I barely even sign in nowadays due to being busy IRL).

(Edit: was referring to NPC starter corp chats where new players are initially placed not the other NPC corps beyond those.)

Though bad to see a fellow capsuleer go that is also part of the nature of EVE and real-life (don’t know the exact reason for you quitting) and hopefully you leave with mostly positive memories and had good fun while it lasted (according to your twitter posts you did).

Also wish you luck and fun times for the future both IRL and in whatever game you play or hobby you partake in! o7

Also, I hope you’re doing okay. I didn’t realize that crohn’s could be so serious.

o7 Vandermark! I’m sorry that your health isn’t living up to it’s name right now, but I very much hope you will be doing better at some point. My flatmate has morbus crohn aswell and she’s been through a lot of very dark times, but eventually she always recovered. Don’t let hope slip away from you, fellow capsuleer. Let it shine bright and proud like a glorious Bait-Beacon in the darkness of space. Fly safe, wherever your journey may take you.

Okay, so apparently don’t use the in game net worth to even try to slightly estimate your assets. After contracting everything over yesterday the net worth only updated to 200B, when the character was listing 1T before. 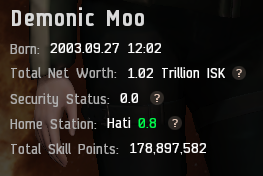 Woke up today to see the net worth on this character updated, but… 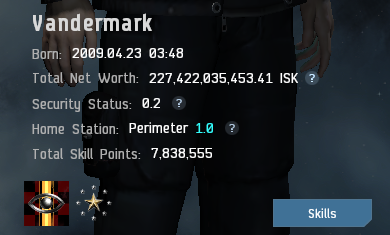 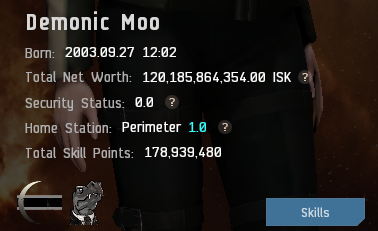 The only contract that didn’t go to Vandermark yesterday were blueprints that wouldn’t even come close to covering the 800B gap if they were even counted in net worth. So who knows what happened. The injectors + random assets will still reach 1T for sure I know that at least. 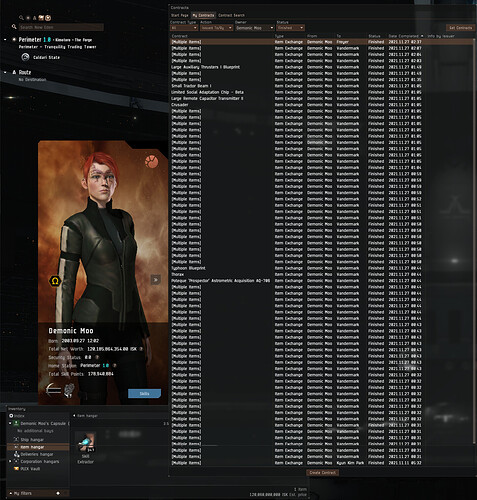 I want to wish you the best of luck and to send thoughts/prays your way as you deal with RL!

It’s always sad to see an eve player leave, especially due to circumstances caused by RL. I hope you have made great friends here while playing eve and that you attempt to stay in contact with them!

Fly safe capsuleer! May you have a long and peaceful journey

I figure I should maybe reword some things, it’s not due to IRL I am leaving. It’s just due to crohn’s that the time isn’t set specifically at noon or 1PM my time. I suck at having good times for these things where I work up my own nerves to be on time, and normally that stresses my crohn’s out too. So I just give a time range and it makes things a bit easier

Ah I see, regardless of reasonings I still wish you the best! I do hope you try to contiune to stay in touch with old friends as well! I have had friends leave the game that I no longer have ways of contacting them and some days I find myself sad that I am unable to check up on em. Such good friendships are made in video games so it’s always good to try and carry them thru to RL if they haven’t already

Yeah, some of the have dragged me into FFXIV recently (this month). Others randomly drop by when I randomly stream, and others are streamers themselves so I pop in there occasionally. There’s been very few who I wish I had contact with that I don’t have any means of communication anymore.

This community has given so much to me, and provided me with some amazing lifelong friends. It’s the only reason I am even doing this event like this instead of just letting it all collect dust forever

Its always hard to see someone leave, but totaly understandable! We had the Same with some Corpmate Yesterday. Wish you best in RL and fight the Crohn! its worth it!