Cost of living increase and time in EVE

With the real world cost of living in most countries having doubled and many people having to work more hours to make a living is it the best time for resource scarcity in Eve to drive up prices for a lot of meta ship.

Many Battleships and capitals have now doubled in cost. This has a very real-world impact on the amount of time you have to spend playing to make the isk to go pew with friends. It also means that plexing for those who chose that option may be less likely.

My Question to everyone is how much is the real world changes likely to affect you playing EVE. Does anyone else think that it may be the wrong time for EVE’s ship prices to be doubling?

My question to CCP is. Do you consider real-world changes in lifestyle when making balance pass?
Was the decision to make resources more scarce considered in balance with the likelihood of more players having more real-life struggles and commitments? We all know CCP and a large part of the player base likes the harsh consequences of ship loss as it has real lifetime investments in it. But how far does it go before it affects player participation?

My question to CCP is. Do you consider real-world changes in lifestyle when making balance pass?

Well, except where it interferes with maximizing profit.

Many Battleships and capitals have now doubled in cost

Then stop flying those as often.

This is the answer. But you are missing the point of the subject.

This is a general discussion about EVE time and Real-world time balance. The outcome is as you say. The question is about how we all feel about the bigger picture around it and what we want to be flying in EVE with our time.

At some point, if all people can fly is a T1 cruiser they dislike flying they will stop playing. That is a subject for consideration and discussion. I am hoping at Fanfest there will be a round table about the real world effects on EVE players and the game.

At some point, if all people can fly is a T1 cruiser they dislike flying they will stop playing.

If everyone who truly thought like that left the game, we’d have exactly the same amount of players we have now.

Actually, maybe we would have more because the power gap between rich and poor players would be smaller.

Business organisations are also feeling the effects of the troubles you mention. They are presumably focussed on maintaining and improving the health of their enterprises.

CCP/PA are unlikely to be exceptional in that regard.

I’ve only been at this game for two weeks so battleship- and capital-class ships are not within my means but I get the cost of living increase having an impact on EVE Online and if I wanted to keep playing it past the three month sub I purchased, there were some changes that had to be made.

As one of my New Year’s Resolution (I must be one of the few people who actually make a list of these), I cut back buying things that only give me satisfaction for a short while. I quit smoking and my coffee intake is down from one Tim Horton’s a day to two Tim Horton’s a week. I’m getting far more satisfaction playing EVE than cigarrettes and coffee.

Even then, that’s not enough. Those ships you mentioned are really expensive so I have to live within my means in-game as well as out-of-game. Rather than get more expensive ships, why not max out the core skills that affect any ship I fly and get the most out of the tech I have now?

Those ores that contain minerals needed to manufacture the nicer ships and modules (an in-game hobby right now) that are found only in low-sec (like omber) are something I have to work smarter for and have patience getting the long way. Mission running and mining high-sec ore to sell them later as low-sec ore purchases on the regional market is the approach I’m taking.

I guess it’s just like my real life household budget: don’t overextend spending and have the patience to learn to save for things — including having enough ISK to replace them at least twice if a player blows it up.

This is a troll thread, right?

Ah well, I will bite.

I had several accounts subbed for a long time. I thought 2020 was great for Eve. I was stuck in lockdown with nothing else to do. Last year, when the problems IRL got more real, I decided it was time to do more adulting and I pretty much stopped playing Eve in favor of dealing with real world issues.

I think the new complexity and costliness of Eve’s manufacturing is highly apropos to our changing world. One of the great things about Eve is that you can sometimes gain insight into the real world through the Eve gameplay. Supply chain issues, both in Eve and in life are the order of the day.

With the real world cost of living in most countries having doubled and many people having to work more hours to make a living is it the best time for resource scarcity in Eve to drive up prices for a lot of meta ship.

That said, I’m all in favor of CCP adopting a pseudo-socialist free market economy (i.e. “mixed” economy) complete with a welfare system and a lot of political deadlocks, so that I can finally spend all my time in the game flying outside of Jita 4-4 with a placard on my ship protesting the COLA increase for my EVE social security check not keeping up with the consumer mineral price index and rising station rents. 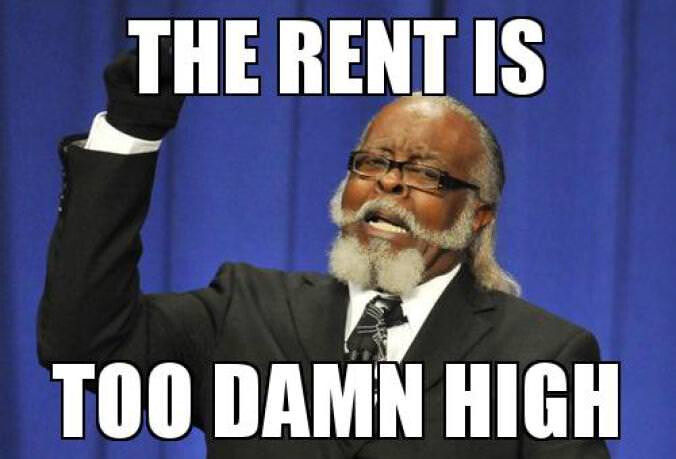 How can I get on the CCP dole?

Surely inflation has caused CCP’s real world costs to go up. Yet I haven’t had an Omega price increase ever. CCP MUST be under pressure.
If they increased their price some large portion of Eve players would have heart attacks.

Eve is edumacational! Who knew!

They increased non-dollar prices for most countries about a year ago.

That was more about inequality in pricing, and many people abusing it, rather than anything else.

Does anyone else think that it may be the wrong time for EVE’s ship prices to be doubling?

Some ships went up in price, others went down.

It’s a shame I had to pay a lot more when I bought a capital ship, but the ship type I lose most (T2 frigates) halved in price so I guess I’m happy.

I don’t believe this was posted.

This is a new low. For real, just stop playing, it’s healthier.

Shame. Glad I’m out, this behavior cannot be good.

I came to the discussions to see if this game was dying or still doing okay. That said, seems appropriate to add my two cents here.

This game is too expensive for my budget, I can’t imagine how many players leave because of circumstances like mine. I used to play for a while and almost worked my way up to a dreadnaught and if I want to play with all my skills intact or progress anymore I have to pay for the omega upgrade. Just graduated living on a very tight budget and I do like to play the game to relax after work but it’s kind of pointless at this point. So I decided to abandon all my progress on here, start all over and go to eve echoes because its a little cheaper overall.
( If it wasn’t for the cheaper they wouldn’t have received any money from me. Imagine if there was a cheaper options on here how many more players would stay.)

I would understand if they were still innovating for the 2020s but they haven’t, there’s so many opportunities such as walking into stations, landing on planets, incorporate VR or something. They just keep making things more time consuming and people are taking less risks because its not worth it, the quality has slipped and it just seems like a money grab at this point to stay alive which is sad because this is still one of the best space games out there with still so much potential just constantly wasted.

I remember years ago I thought eve would be leading in the game industry, boy was I wrong.

This game is too expensive for my budget,

You can play for free (Alpha clone) or play for half the subscription cost (extract SP every other month to sell for plex to pay for your omega that month - only downside is training at Alpha training speed).

I’m pretty sure that in that in last 2 years, in aggregate, people have only got MORE free time indoors (not less!), with all the lock-downs and closed avenues. We haven’t even reached the end of it yet worldwide.

That said, even with more time on your hands, you should always keep asking the question of how much ■■■■ within your entertainment, you are willing to put up with.

The answer should probably be: very little (unless you’re a crazy oldskool gamer). So miners are either the most easy of all gamers to cater to, or the most enslaved souls on earth.

Your available choices then are:
1 find an ISK-making activity that you can do right now and you like doing,
2 become a brisc, or
3 quit the game.