suggested solution: make it bigger, maybe as another same-sized button near to to “launch”
in same window, the “show solar system” button is far less visible than in old UI (less bright, lacks the surrounding box) - could be made more visible. 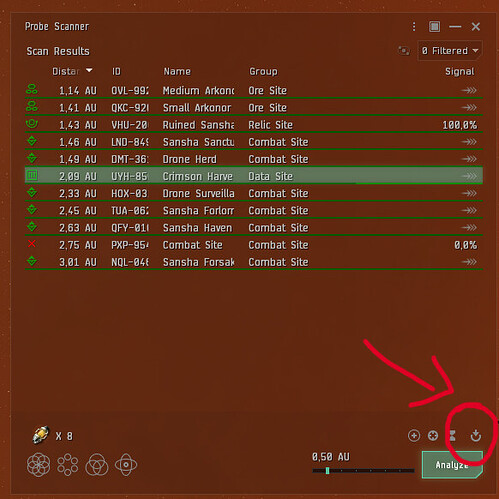 Item quantity/ est. price blurs into one string in inventory windows. Especially with big amounts (unlike my example) 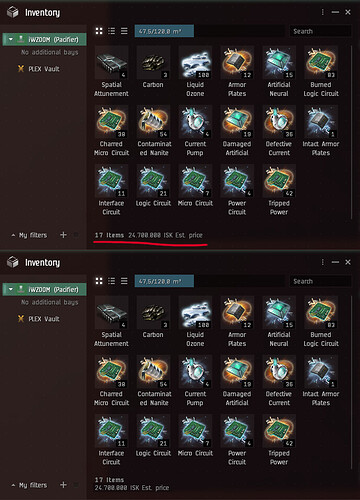 suggested solution: separate those two values, up/down or left/right side of the window

Speed indicator is grey-ish, which combined with the dark-ish blue background makes it hard to read 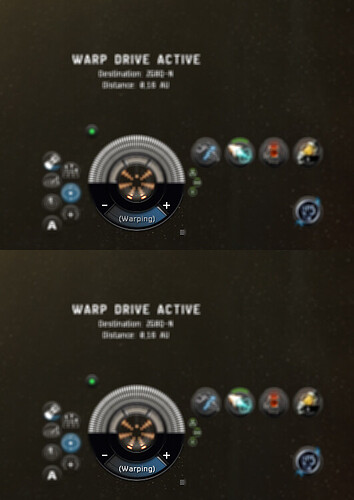 suggested solution: make it same brightness as other text 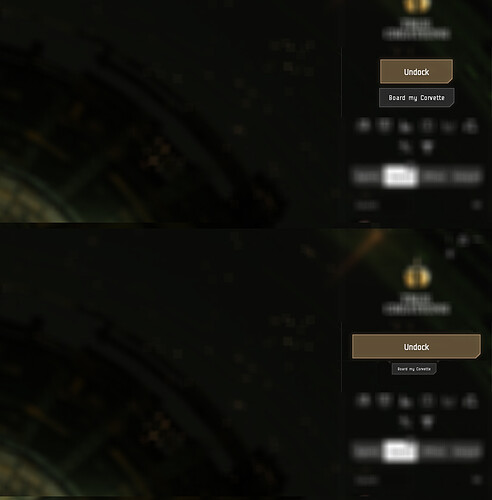