I am Vily, the longest running Bloc FC in EVE. I have participated in every element of this game at usually the highest level possible.

I’m running for the CSM again because i feel that its an important role that needs to be fulfilled by the people that know this game best. By the people who have the widest breadth of experience and the people who are able to make the best decisions for the good of the game.

To give a brief intro to myself. I started the game as with the Coalition of Empires in 2005, moved to KAOS Empire shortly after COE was killed and participated in many of the big battles of Forsaken Empire during the day. Left KAOS during the eviction by Mercenary Coalition and ended up as a Roleplayer for Khanid long before they got their own bloodline. Joined Beagle corp and harassed the north small gang style, was one of the first generation dictor pilots (and how I got the name Vily vs. my original Robet Katrix) Joined MC after Beagle, became a prominent FC there. Led the corp Eternity for a while and participated in the formation and short end of Project Alice Alliance. Joined RZR and participated in all the MAX campaigns. Was one of the leaders in Exalted Alliance which was another small gang/lowsec/nullsec entrance group. Later part of MH and their high command. One of the original bomber FC’s, leading the development of tactics and strategies. Joined GSF after MH where I “worked/led/did stuff” for 5 years. Left GSF after some conflicting personalities, joined TEST. Rebuilt a lot of TEST from ground up. Arguable founder of Legacy. Proponent of shield supers for a long time.

That’s very brief. But I’ve been around for 14 years and done almost everything. I’m here to help the developers at CCP make this game better.

I will utilize my experience to push for things that are best for the game. That doesn’t mean they will be the popular opinion or the most common one but they will be always for the best of the game.

I was a member of CSM14 and accomplished a lot of things.

This is a short list of items I personally pushed for or contributed on (not just items CCP requested feedback on):

I’m happy to comment on my record, and CCP’s record while CSM 14 was in play and the positive changes we have helped make to the game.

This seems pretty entitled and a low effort post

pleased to be of service

So just to be clear Vily actually pushed everything that got released by CCP since he joined the CSM.

Your experience and skill-set is necessary, I haven’t had many encounters with you in person but the people who’s opinions I value say that you are the right stuff. Congrats on your re-election.

Hope to meet ya Xenuria, You’re a name nobody in eve is going to forget anytime soon ;p

So just to be clear Vily actually pushed everything that got released by CCP since he joined the CSM.

They definitely have done lots of things during my tenure that weren’t CSM pushed/inputted etc.

These were just some examples of things where i did say something, i did push for, add value etc.

A post was removed which linked to inappropriate material.

If you accept TAPI into your heart, many will vote for you. 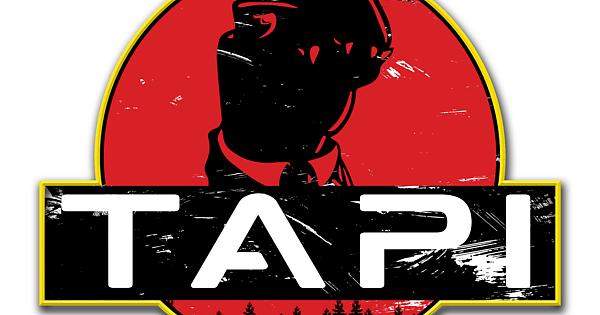 I’d like to hear your opinion on this abuse of capital systems and, if you feel it needs fixing, how could it be rectified?

i have a specific question aswell about something who existed before and was removed : Passive moon, what are your position about that, bad/good does active moon are more beneficial than passive and if you would like to see them’ come back what you think CCP should change about 'em ?

i strongly believe Active Moon was a total mistake just like Rorqual, when Rorqual encouraged Supercap meta Active Moon encouraged stagnation and “krabbing meta” i’m a bit pissed to see a small minority of people realizing that, some CSM candidate like Phantomite and Blazzingbunny seem to care about conflict driver that’s why i would like to ask every other candidate in order to turn Eve “krab meta” into a “perpetual war” just like it should be

some month ago Mitanni said (metashow with brisc and CCP Rise) he started to believe active moon might be a mistake, i don’t remember you saying something like that but i heard your opinion about conflict driver before, as an FC and a NS bloc leader your opinion is even more valuable

I think its an “outlier” of the Sov system. Its not super harmful or ideal but not good either. The obvious “simple” solution is to adjust it so that either A) there is some real value to a capital system, (be it index depression or some form of reward) thus that its not merely an ADM boost where you dont need it, or B) requiring your capital be based on some level of activity.

I don’t see the first being impossible and while i don’t think its a massive issue its certainly something that could be looked at.

I have never liked the current moon mining system. The requirement to hold moons for extended periods removes alot of the value of them in warzones (aka not worth fighting over) and means that the only moons that can be reliably be farmed are ones within an umbrella or direct control. This leads to nation states being unable to expand their grasp greedily, which means they cant naturally overextend which tends to create conflict.

Go get em Vily! Your experience is something that is important to the CSM. Best of luck in the upcoming election.

Went to war for you and with you, 3 times now. Keep fighting the good fight - you are an invaluable member of the CSM.

Is this still your opinion about HS Miner types:

"One change CCP expected to see from the recent changes was an increase in asteroid belt mining."
"Vily calls this fake data as it’s just miners in high sec that are botters."

to a degree yes. one of the things we saw during blackout was large spikes in highsec that were botters. I’m not saying all mining in highsec is botting. It’s not. There was and is lots of legit mining in highsec especially around the previous moons. but there has likely also been more botting in highsec as it has become more profitable.

saying just more mining in highsec is necessarily good or bad is just not always clear data. There is always more to it and thats the depth we try to provide