Does anyone noticed huge ammount being seeded to the market couple days ago after price was verry high especialy compared to prices from another time in lasy year like stats show in price history sheet ? Is this strange for anyone ?

I think that CCP is manipulating market, these are meant to new players and since eve is fighting for them this high price was not a good thing for them.

Do you have any opinons about that ?

considering you can buy them out of game, and sell them in game, its not really ccp manipulating them too much, it’s the players.
Evepraisal - Appraisal 12bhtt: 38.12 Million Buy / 42.27 Million Sell is what they are currently selling for in jita.

So last you looked was in like February ? Dude… you respnse brings nothing to my question i know what this is and purpose of this item, i`m asking as a company owner who knows how world works dude

last i looked was a few weeks ago, and as i said right now evepraisal has them around 38 mil. if they are considerably more expensive, then that is the PLAYERS doing that…

Check market stats and think about my question

There probably was a large influx of daily alpha injectors due to the singles day sale ‘2 daily injectors for the price of 1’: 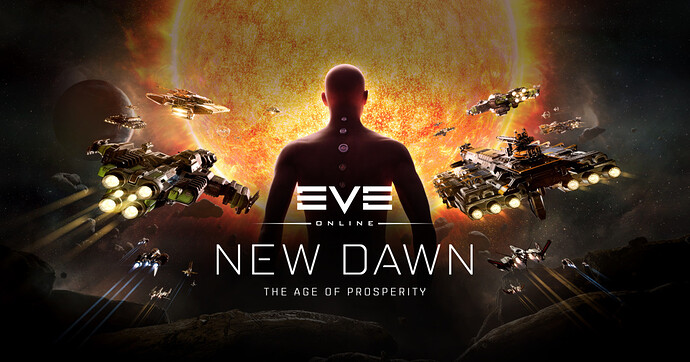 A new age of prosperity is coming

Or rather this part:

These will include the returning Singles Day 2-for-1 sale on 11 November, during which you can get twice the impact of Alpha Injectors and Skill Extractors,

This answers your question:

I think that CCP is manipulating market

Yes, it seems that CCP has indeed manipulated the daily injector market, but not within the game itself. 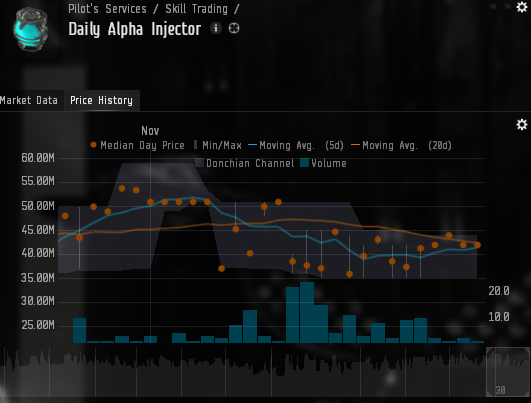 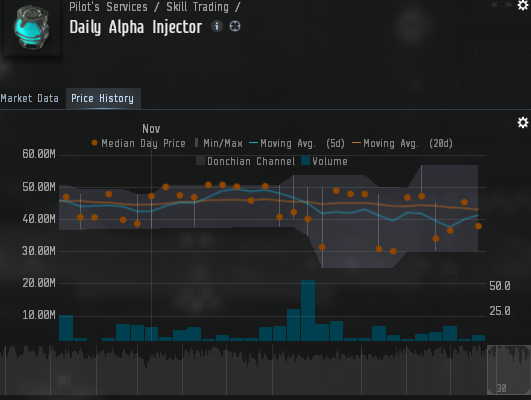 Prices undoubtedly dropped due to the singles day sale.

Second, I seriously doubt CCP would intentionally want drive down the market value of items that can be purchased for cash.

Third, CCP sometimes mention sales before hand (and did so in the case). Thus, you would do well to pay attention to ads and emails if you’re trading items that CCP sells.

You realize they just had a sale on them right? Please learn basic econ and learn to EVE kthx.

you realize that you can manipulate market by making offers in shop making more people buy a lot of certain goods just to fill up the market and what happens when at market is more goods than people willing to buy ? price is dropping dude, so i realize a lot, a lot more than you i see

Yes. So peeps bought it cause its on sale, and sold it more, which lead to the price dropping.

Yes, CCP could be manipulating the market by setting up fake player buy orders.

Or the price change is simply explained by the recent sale.

Occam’s razor would suggest the latter, although it always is fun to speculate about convoluted conspiracy theories such as that CCP is manipulating their ingame market for whatever reason.

What are you implying?

that the game is dying, well not dying but not evolving like it shuld do due to small ammount of new players compared to old ones who stick to the same old diagrams of behavior and they ( CPP ), are trying to do small things changing some of game machanics making it more difficult at the end especially for new players rather than think big they just doing the same old thing as the players do… especially using this marketing manipulation which i personally think is barbaric…

You mean by putting items on sale which players buy and then re-sell for money, causing a glut which drops the price, which was instituted by the players themselves?

No i mean something completly different, for player who for example buys and sell daily alpha injectors high price like it was 53 mil per piece was really good to make profit, but not so good for new players who dont have a lot of isks, so they make promotion in store make people buy them becaouse this is F%$# promotion so of course people will buy it a lot and then price will drop, which is good for ccp only, new players have their daily alpha injectors in 40 mil price instead 53 for piece in jita and they sold a lot for real money.

Selling them for real money is illegal if you are talking about players selling them.

you must be trully limited dude, im talking about ccp maniuplating market not players selling daily alpha injectors for real money, if you dont undrestand what you reading don`t say anything

I was just about to post that was your particular flavor of tinfoil. They offer a good at a discounted price. They can’t control whether or not players sell them.

However players did, and it glutted the market, lowering the prices.

You allege, with no proof, that CCP did this intentionally. The big reason is why? What do they gain?