Dear CCP. If EVE is a harsh place

…can we have it cold dark, too?

I mean, seriously, there is precisely zero fun in having to wiggle with camera to find a darker patch of the sky to read some tactical information against. In some places (coughcaldaricough) I reckon about a half of is it too bright.

I know graphics designers are going to hate me for not appreciating all the hard work they put into making all those cool looking nebulae. But it’s okay, they already hated me first with such low contrast visuals.

P.S. I don’t call for the removal of this stuff. I have basic understanding of marketing and of the need for game to have a wow factor. It’s just I call for an option.

In some places (coughcaldaricough) I reckon about a half of is it too bright.

Wait until you go to amarr space. Caldari is pitch black in comparison
https://i.redd.it/4h2y7kk1vv481.png

They did nebula update/redesign recently so I don’t think there are any plans for changes. And this is asked for years.

Yea I had the same problem, go to display & graphics and change brightness. It helps a ■■■■ ton when you are trying to manual pilot and the enemy ship goes over a overly bright nebula and then you can’t see a thing.

Wish nebula brightness was a seperate setting from overall brightness thou.

Have you tried the UI only view (default shortcut Ctrl+Shift+F9)? It should have a black background.

Oh, I didn’t know this option. But it’s a kind of nuclear one. I don’t mind seeing stuff in space in general (my personal favorite, stars being actual stars of EVE cluster). I just would like to have the choice of the important stuff to not be obscured by cosmetics.

Thanks for the tip nonetheless.

Caldari space is really harsh and makes it difficult to distinguish UI from background. The other factions don’t have that problem for me.

Yea Black Rise is brutal. Even talked to someone I was fighting and they where like what! I can’t SEE WHAT YOU ARE TYPING xD lol

Maybe try pulsating your weapons in morse code to transfer the words directly to your opponent without need for chat to avoid such issues in the future.

True I can split my gun’s into 2 and change the one ammo type for dash and then normal can be dot.

Wait until you go to amarr space.

Indeed…Amarr space used to have beautiful red nebulas while Caldari space was like something out of Stephen King’s ‘The Fog’. Now Caldari space is somewhat less glaring, but Amarr space is like a supernova has gone off in every system.

so you don’t want realism in eve? irl pilots used to use the sun to hide and drop on their enemies. I saw it on every war movie and scfi movie ever made. Why shouldn’t eve do this?

I have to admit, I do indeed miss space being dark. Though I suppose an argument can be made that since you are seeing space through a camera drone, that’s how it might look. Then again, if you are seeing space with a drone’s eye view, you should have the ability to mute it to a less nauseating kaleidoscope of blown out cartoon backgrounds.

Imagine the camera drone being accidentally shot during combat and having to wait for the replacement to be deployed and arrive in its place.

Because the sun (nebula in this instance) is always out and you cannot not look at it if you fly your own ship as the camera makes a 360 every few seconds.

If you just press the orbit button and press f1 sure it wont be a problem but that’s super inefficient.

even though i have bad graphics i am always zoomed in on my ship and pick where i am looking and flying. It might be a hassle for people that have been playing a long time, but i like to look at all the things happening. 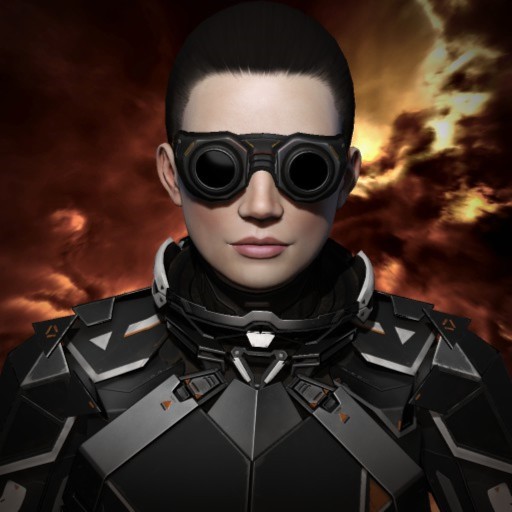 […]I suppose an argument can be made that since you are seeing space through a camera drone, that’s how it might look.[…]

Are you aware that the Pillars of Creation pic has been made with 22 hours of exposure time? On Hubble. With its big-as-your-momma’s-ass mirror.

Stars, and sometimes galaxies, have been used for navigation since dawn of time and will be used in FTL era, if it ever comes (Einstein says no). This is as realistic as you can get. Nebulae? I’d leave them to scientists.

Are you aware that the Pillars of Creation pic has been made with 22 hours of exposure time?

I’m also aware that you can make the Eagle Nebula (Home of the Pillars of Creation) look just like an EVE nebula using a 60cm F6.5 reflector with a 12 minute exposure. Add a few thousand years of technical advancement and I bet you can do the same thing through a 10cm lens 60 times a second.

A system that could be easily mounted on a space drone.