I’ve been playing EVE Online for a few weeks now, and have found myself becoming more curious about the demographics of EVE Online the more I chat with other players. Most of the stats that I’ve seen thus far are either unreliable or from 5+ years ago-- does anyone have more recent data? Cheers!

This chart shows where people who voted for the current CSM live. I don’t know if it’s representative of the entire Eve population but suspect it’s reasonably close. 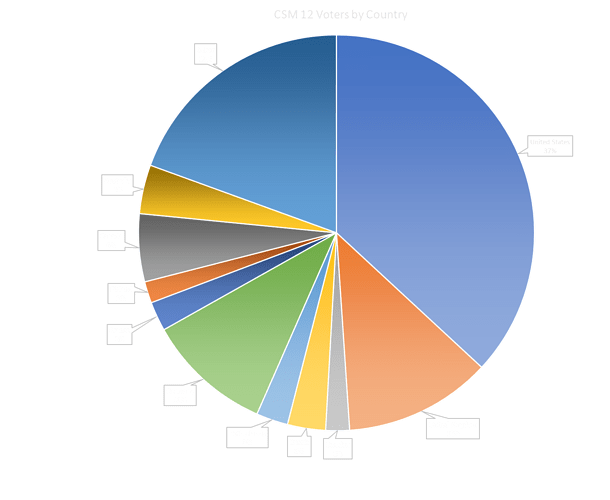 What exact demographics are you after?

Doubt it, most people understand that CSM is just a nice gesture by the devs, most of the people that get voted in have a massive backing, often from their own alliances, so there’s little point in voting one way or the other unless you’re voting with your alliance. At the end of the day, CCP are a company that is aiming to turn a profit, regardless what ideas the CSM come up with, if it’s not part of their overall roadmap, they’re not going to worry about it.

If that chart says anything at all, it’s that yanks have a greater likelyhood to believe democracy actually works.

3 times more Germans than Russians? Why do I doubt that?
Buzzword “demographics”: I thought about age - the players are remarkably old in EvE, I think. And most are male.

These links are a few years old now but I would expect the results to be fairly similar. 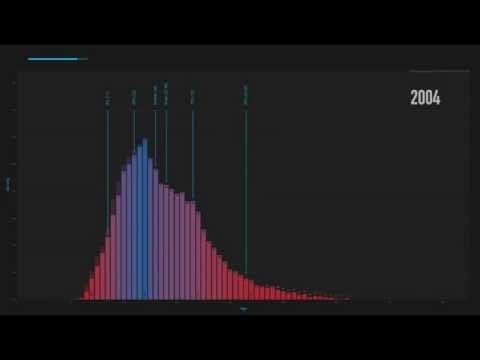 Let’s not forget that EVE has at least 2% female players. Perhaps even 3%. But more important would be the percentages of those that are bitterVet, g@yPAWND, winning, krabs, renters, RMT, living in the dumpster, elitePVP and other important EVE metrics.