Devblog: Changes Coming To The Neocom In February 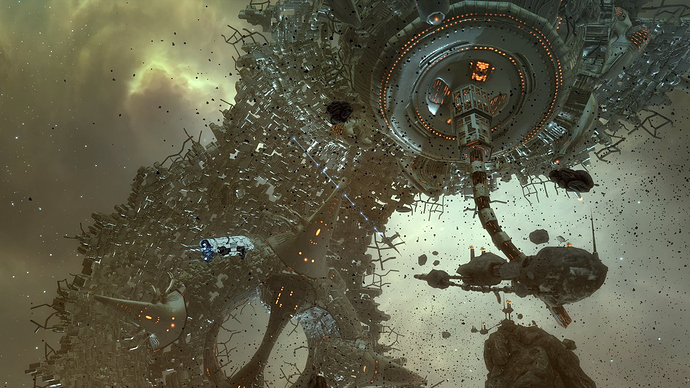 Take a look at this devblog for more information on changes coming to the Neocom with the February release!

Gave it a quick look, less clutter? I am exited.

This means some learning for the guys in the newbro channel.
Probably you can toggle views, perhaps then I’ll give it a try.

Don’t get me wrong, I enjoy that problems & QoL things get fixed, but id live with a ton of QoL problems in the game, if it was well balanced and not super stagnate as it is atm.

Welp screenshot of drone structure is nice…
That’s about all there is to it.

Making the Neocom UI icons have colours would be a really helpful thing.

The current ones are functional, yes. But they are really bad for immersion.

Old Neocom icons weren’t maybe all that identifiable to new players, but you got taken right in into the sci-fi futuristic feel of things.

So, in short. Perhaps give the ability to give the UI icons or parts of them colors as player preference.

As for the actual current Neocom revamp. It would be helpful if the “Chosen” main menu part of the neocom was more strongly highlighted. Currently at least in the pictures its not clear at all what part is selected due to the neocom items not having any visible “barriers” between them. You get a rough idea based on at what exact parts its opened at. But from 1-2 meters out, it gets a lot more unclear.

please please don’t, I tried it on sisi and it is awefull to use.

You can still customize it yourself, right?

Either make it customizable or don’t touch it.

Hey you forgot the icon for the Jukebox

CCP used to have very nice icons in the neocom, with color and nice detail, and then they got rid of them and we ended up with the blah icons we have currently. :\

How many times I have to tell CCP that Notification Feed should have neocom icon and act like the icon with this blue number tag appearing on it. And it should be in utilities.

I always hated it where it opened up your inventory rather than just my ship’s cargo hold, so I set it to open just my cargo bay. Please tell me they aren’t going to mess that up?

CCP takes a look at the player usage metrics and decides that changes in the UI are a priortity verses using those type of metrics to combat the bot problem…sigh
…and what is the apparent problem with the new players that they aren’t able to figure out the current UI like the decade’s worth of older players were able to do over the past years? Don’t sell them short!

So, a well planned UI makes the most important - most used- functions reachable with the least amount of clicks. For me that would be: inventory, market, fitting, fleet, wallet and assets. Maybe contracts and notes.

So let’s see what CCP thinks the most important windows are for a newbro… Oh. Right.

So when are we getting the old neocom button art back?

I am still confused with the new ones, constantly clicking industry instead of market.

Come on, it’s a simple question, WHEN do we get the NOT HORRIBLE buttons back?