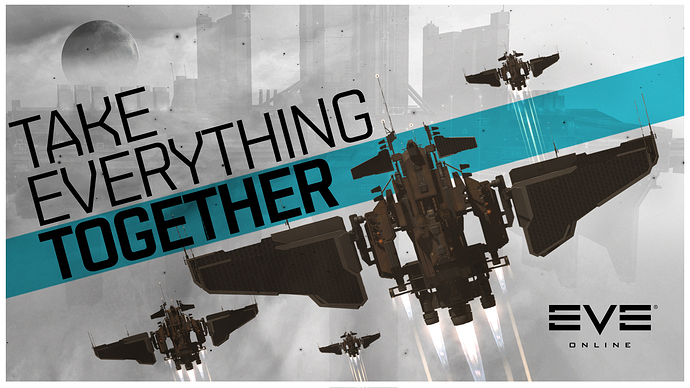 Check out this devblog for more information on changes that are coming to the recruitment program next week!

First? I hope the changes work

LoL? Day after such a serious changes in drone skills for Alpha’s you want more new blood? I do not know, how it impact others, but at least I did lost ~ 1.5b investment, ~ 2m SP and according training time. And CCP did made such changes in ~ 10 day`s! Just skills nerfed require 3x longer time to learn! And you really believe, Il’l invite friends 4 such crap? Maybe think twice, be4 such nerfs?

I hope these changes work out for the best.

I recruited 3 accounts today before this blog post. Should they be deleted and create new ones on monday? Since they probably will not get the new extra +250k SP.
Also, what if they go omega? Will i receive the old rewards?

You better subscribe them now because after these changes roll in, it’s not very good for alternate characters anymore. No PLEX!

hope it works for you.

my son is on alpha, was about to move up to omega, he might use the skillpoints i personally was looking forward to some isk to spend with the PLEX reward. TBH, the skill points dont excite me at all, this is a long term game and skills always have built over time and this character is 15 years old, i dont really have too much i want to train, but isk is fluid.

I would say from my point of view I dont care for the change, but I do hope its a good one for Eve overall.

Lot of changes, havent seen this much movement in years…everything OK?

Many people have been exploiting the second reward to “buy” PLEX and this will definitely make PLEX price go up next month. As far as CCP get their $ I really don’t think this is a good change since it would kill the good old PLEX economy.

If only skins could be bought from the NES, the vast majority of them can’t.

"As always, we want to work together with the community to make New Eden a better place "
This is the understatement of the century, Why would you want to invite friends to play Eve, when new players cant even undock from a Station without being ganked ? Eve has seriously gone down hill with all emphesis now being on ganker fleets and all of the basics having been removed. How can you ransom people in high sec for mining in a belt....what a joke this game has become and as far as I can see it will only get worse until all the fundamentals of the game have been stripped away and all you are left with is the rubbish that is in control now. Eve has gone from being one of the best MMOs out there to being one of the worst.

Can the 1m bonus SP be automatically added to the account? Lots of people are not bothering to claim the current 750k free SP until they hit 5m SP, that’s like 1.5 injectors being given out to every new account.

As a CEO I am always recruiting so the net benefit for recruits cannot be measured in ISK, though it would mess up my real-word personal accounting and push big charges into the following month. I sub 4 accounts annually and others through PLEX. The annual charge is $138 USD and I keep them synced up and treat it like my car registration: one and done for the year. I dislike the idea of one of those charges floating further and further away from the others.

Also, as a recruiter, I could be using that ISK to help my recruit get set up or do something for my Corp.

As meta-theory, I think the change is good because it will prevent abuse that could impact the in-game economy through proliferation of PLEX as well as reduce the proliferation of dead accounts in the database that were only used to abuse the system and farm PLEX.

This is EVE. Adapt or die.

So I guess because the blackout cause so many people to unsub that now CCP have to try to get new blood ?

"As always, we want to work together with the community to make New Eden a better place "
This is the understatement of the century, Why would you want to invite friends to play Eve, when new players can t even undock from a Station without being ganked ? Eve has seriously gone down hill with all emphesis now being on ganker fleets and all of the basics having been removed. How can you ransom people in high sec for mining in a belt....what a joke this game has become and as far as I can see it will only get worse until all the fundamentals of the game have been stripped away and all you are left with is the rubbish that is in control now. Eve has gone from being one of the best MMO s out there to being one of the worst.

Show us on the doll where the catalyst has touched you.

Can you please reconsider the 1 million skillpoints as being a base New Account feature that is not tied to recruit a friend? At 750,000 it was already such a humongous difference between an account that was made without RAF and one that was made with it that it’s been common advice to new players to start over with a RAF account if they didn’t already.

Giving new players a million unallocated skillpoints to start with is great, but tying it to Recruit-A-Friend is not.

Not exactly. But giving them 1M sp after 30 days in game or so is the way to go. My reasoning is based on the fact that new players may not know what they are gonna enjoy and do so instead of putting that 1M in this area they will feel more like they wasted it.

The adapt or die meme may just bite CCP in the ass.

I have already decided ‘die’, once the current sub expires. Too many alternatives to try, too little real time to invest in decreasing rewards from a entertainment point of view. I have 15 years invested, not a light or kneejerk reaction to changes, more a ‘its time’ kinda feeling.

The biggest reason is my son, who finally started playing Eve last month after years of me trying to get him into Eve. And the reality of Eve, which I saw 3rd person for the first time. He was in Simela, running the SoE agent in his brand new Navy Caracal, having a blast with a big smile on his face, got the 3 part mission that sends you to lowsec. Loki and pal sitting on gate into low, just waiting for dumb new guys , old players. You know what happened. Welcome to Eve.

■■■■ me, the look on that kids face when he realized his weeks of work were really, actually gone. Props, he raged a few minutes and got back to grinding. I took a minute to deep dive the mail, the guys who got him work that routine full time. Must take huge ■■■■■■■ balls.

And it hits me.

This game is only really fun when you can ■■■■ on someone else. My pirate days were the most ‘fun’ i had in-game. Eve is a humanity simulator. Its monkeys flinging poo, gleefully beating any smaller and weaker monkey. I loved monkey beating, collected lots of tears. 15 years it took me to see that I dont ever really want to be that guy again. In game or out. So now I explore and carebear and try to catch a few laughs in chat. And even that seems harder these days, much less laughter in Eve.

Someone on Reddit mentioned a unforeseen aspect of blackout is a complete loss of social interaction, this is a game that actually forces many people to play solo, either due to fear of loss or lack of trust or any negatively spun emotional state you could mention. Dammit I ■■■■■■■ love this game, but as I type this I am ■■■■■■■ furious that in 16 years it never became a thing to move towards making everyone WANT to stay, because the social network was so compelling.

Nothing about Eve is really all that ‘compelling’, anymore. EDIT: No idea if it would help, but what about actually assigning an employee to get blasted in a crazy bling ship every day…just a pirate raging around, acting a fool, and lots of people have to come and kill him, and maybe collect a reward or a cool medal for their achievements…you would get to know people, fight together, maybe even some kind of ‘safe’ fleet system that allowed reps but not weps…make people have a reason to undock and interact. That does 2 things, the thing, and tells everyone that you guys are still alive and in the game too.

Im not planning to leave, i love the game. And I can fly around and do ■■■■ on alpha just fine, if it gets lame I can turn it off.

Such a harsch change, plex prices will increase again and they are already on a ridiclious high amount if you consider the prices a couple years ago. They are just constantly raising basically. Through the current programm some “free” plex got into the game which reduced the price. Also doenst seem rly worth it to use a referal link anymore for a recruiter to new people, since the reward gonna be ■■■■. I also offered rookies like 40% of the ISK i received by the free plex so that was a amazing start for them to make first bigger investments like +4 skill implants + first procurer for example and maybe even another small injector. Since most new people dont buy plex straight away from ccp for real life money there is nothing decent to claim for the recruiter in my mind. #sadStory

There is consistency from CCP’s run of recent changes. All are epic fails and I take no pleasure in describing them as so. It’s a great shame. I’d stop short-changing existing players,
as well as make good on new ones. There’s no need to cut the PLEX people used to get.