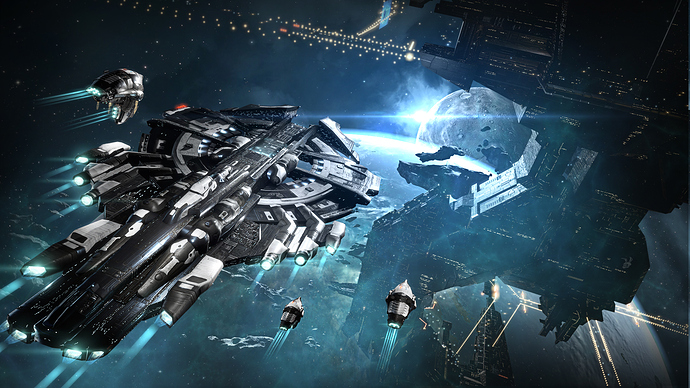 It’s time for a New Year security update from Team Security that gives a little more information on the security story so far this year, and efforts over the course of the last few weeks!

Check it out and read all about it here!

It seems you guys lack funding for a proper security team and GM training.

Do you need a loan?

Do you need a loan?

Any idiot knows that if you need money, you just take what you have to Jita and get it doubled a few times.

Detection and protection against the abuse of alpha accounts can’t come soon enough.

Some sort of alternative limit to how many hours a subscription provides would help tons too (eg a subscription entitles you to 30 days play or 150 hours, whichever expires soonest (clock only running when active and undocked, provisions for afk cloaking, taking a pee and monitoring markets etc. built in obviously), but some method of just not allowing 22 hours of obvious bot behaviour per day. I know, a handfull of people laid up in hospital etc. might be collateral damage, but to be fair they could be trying other stuff too! I’m fully aware of how much troll milkshake this may bring to the yard.

At least better monitoring tools anyway, because there are lots of well shady things going on in certain areas of space which are waving their dicks at ‘risk versus reward’

Why are courier missions even in the game.

They are only run by bots anyway because of how low the payout is and how easy they are to automate.

We want another Yulai Event. Give us the Colosseum! And some data on who these 1951 bans for botting related things came from.

Nothing makes me smile like bans of botters, RMT and hackers.

Now if we could just get some tears.

Maybe CCP could redact and post some ■■■■■■■■ excuses the botters make?

Guys I have an idea. Any character that’s been permabanned should be put into a special NPC corp for everyone to see. Like how biomassed characters join Doomheim.

Keep up the great work! Limiting Alpha accounts from content is a very large step in the right direction.

One thing that got brought up from without that I thought might be a good idea – create a corporation, like Doomheim, that banned players are sent to. The idea here is to publicly shame the botters and RMTers. Hell, make a separate corporation for people who just bot, and a corporation for RMT violations.

Given the ease of access to alpha characters that are competent for use in botting activities, the EVE Development Team is currently exploring the possibility of putting a few features behind a requirement to have an Omega character.

Right now, these explorations are in the early stages and aren’t nailed down, but may include things such as high level (level 4 and 5) courier missions, and other similar activities in New Eden.

This makes no sense to me.

Oh, “behind a requirement”. Now I get it.

It’s saying soon alpha accounts will be able to do less, until they upgrade to omega.

P.S. Great Job CCP, That is a hell of a lot of botting account’s, never expected such a massive stomping of them.

Figured it out. No idea what took me so long.

So how many staff are assigned to anti-botting now …

Is there more information on how many of these bots were faction warfare bots and how much LP and isk was frozen?

I am really interested in seeing how much of faction warfare is actually run by bots.

Would explain the sudden increase of faction warfare market price’s.

I agree that some activities should be banned from alphas when it only gets abused.

Another interesting idea: Limit the amount of omega accounts that can be logged in to something like 6-8 per person. Without softwares you cant really control so many alts as a human except mining or other low effort activities. This would have an impact on all these VNI and Supercap bot fleets.
Another thing could be adding an npc sector to malpais owned by rogue drones with drone stations and agents etc. This would increase pvp activity in these areas.

I also think lvl 3+ missions should be Omega only. Alpha status should merely be an introduction to Eve.

ahh and could you also look at the characterbazaar scam issue

Why so many scammers on Char Bazaar nowadays? Character Bazaar

you see in that topic any coments from ccp? they dont interesting in fix scam.

given the low price for unstable mutaplasmids)

The price won’t go up until they make it into general use in PvP. PvE doesn’t generate enough destruction.

Right now it is too much hassle for items you will lose anyway.