Do you have to play forever?

Recently, a keepstar was destroyed in the R-ARKN system, which is in an abandoned state.
Titans and supercarriers, which players spent their years and a lot of time on, were given to other players only because they did not enter the game for 2 weeks or more.
What is it like when everything that you have been saving for years turns into dust in 2 weeks with the rules of the CCP due to the thoughtless mechanics of the game?
And I understand if it was about small items, but tell me, if I need to spend some time in real life, where do I put my supercarrier or titan?
The game does not currently provide NPC stations for the titans to park and save. No supercarrier rescue works if the citadel falls into low power. Do I really have to depend constantly on the game or a few people who, without me, can deliberately introduce keepstar into a small capacity and collect everything that I have been saving for years?
And after that you think I’ll be back in the game?

I guess they didnt want those titans anyway.

You can think whatever you want. The game simply leaves no choice for a person to even just get sick. If in loy or highsec you can hide your property at a neutral station, then you can’t hide titan anywhere.

Anyone who lost assets in that Keepstar was failed by their Alliance, not by CCP.

However if you do then you need to commit to certain things. Like do you really trust the corp/alliance that you fly with? Time and trust commitments are something you can only decide for yourself.
Only you can decide how you want to play and what you want to put into the game.
It is just a game.

However, like everything else in life you will get out of it what you put into it.

I get the complaint, but at the same time the course of events that happened to that keepstar have never happened in Eve before, ever. Under normal keepstar mechanics all those ships would have been sent to asset safety. That was a crazy unique event.

The game does not currently provide NPC stations for the titans to park and save. No supercarrier rescue works if the citadel falls into low power. Do I really have to depend constantly on the game or a few people who, without me, can deliberately introduce keepstar into a small capacity and collect everything that I have been saving for years?
And after that you think I’ll be back in the game?

Make a safe spot and log out there in your titan if you aren’t going to be around for a long time. Then youll still be in your titan when you log back in. Just like in the old days when there were no keepstars.

You can park your supercapital in perfect safety for free in a NPC station. Just dock in a keepstar then select asset safety. You will pay 10% mineral value to take it out again.

So those players who went afk for 2 weeks got greedy took a gamble and lost. Zero sympathy.

That was a crazy unique event.

But why was there no fuel?

Long story short, Mango thought the can get into Goons, do sneaky stuff, give Keepstar to Goon. Goons mad, no you cannot join, you war criminals, offline clone bay killing almost 4k clones. Unfuel structure wait for it to go abandon, profit.

Wow, for a change actual in game drama…

Yes and no in my opinion.

First they made citadels what I would consider “too safe.” I wasn’t around for that era, but if my understanding is correct asset safety always applied in K-space and you could never lose your stuff while logged out. Hey some people do take a break for a few months.

I’m not the only guy who thought this EVE Evolved: The Citadel conundrum | Massively Overpowered (massivelyop.com)

In fact so safe CCP realized they were too safe Kicking Over Castles coming soon! | EVE Online

Eventually a patch had the fuel requirement not just to provide services but to keep people’s stuff safe. So it should be the job of the alliance to keep people’s stuff safe, I generally agree with you in most cases anyone who lost assets in a keepstar was failed by their alliance. Unless you docked your Titain at a freeport Keepstar, I’m always told there is such a thing in low sec, but the only freeport Keepstar I’ve ever seen was Tranquility tower.

The problem I have with this is that CCP basically oversold citadels and how safe they were and then pulled the rug on short notice when they realized things were too safe and a lot less PVP content. This resulted in lots of BPOs and other valuables being looted.

In my opinion, the original implementation was too safe and should not have been implemented in the first place, Apparently defenders could once choose the day of the week for a battle. If they implemented it the way they did, they shouldn’t have been like “oh, it’s super duper safe and this is so much better than POS, you get all the connivences of an NPC station without risking your stuff” but more “well, we’re working on the details and this is the first irritation to see how things works”

After having zealously overselling how safe upwell structures were, they then pulled the rug from players who took a break. So much for “real life before the game.”

My opinion, after making upwell structures too safe and then overselling it, there should have been a 3 year minimum grace period where all previous structures would get temporary asset safety. Grandfathering them to always have asset safety could lead to some undesirable consequences, but with an expiration date in mind, the old upwells would come back down to the line of everything made after. The long wait was needed simply because of all the promises CCP made. Anything lost here. including BPOs, is in fact CCP’s fault, not because the old vrsions of citadels are better than the current one, but because CCP effectively promised players their stuff was super safe.

The timer period between the announcement and the patch hitting was too short even if emails had been sent, and in fact lots of people never got emails. 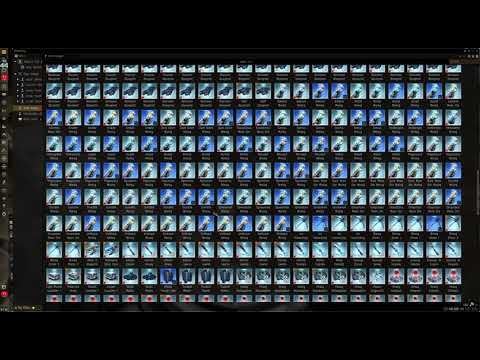 Careful, sometimes I’ve posted links to a reddit comment and it borked out and went to the original post, but I’m going to try a link anyways and hope it works. If it didn’t work, just take my word for it some people who were in the game in the days of POSes who later moved their stuff to citadels told me about how they knew of the upcoming update but never actually got it in emails, meaning anyone tkaing a break would be screwed.

So for that specific sub-case where CCP overpromised safety in citadels and then pulled out the rug, this is CCP’s fault.

Anyone who put their stuff in an alliance keepstar and lost his stuff, his alliance failed him not CCP.

So go on, take your break in the game and your alliance will still have your stuff in said keepstar or you’ll find it in asset safety. If it’s not there, your alliance failed you. And if you got blingy sub-caps, there’s always the friendly NPC station.

Thanks, got it now!

You can think whatever you want. The game simply leaves no choice for a person to even just get sick. If in loy or highsec you can hide your property at a neutral station, then you can’t hide titan anywhere.

■■■■ happens. Sorry to hear it. Must have been on your death bed if you couldn’t log in to check your assets and/or move things to asset safety.

thoughtless mechanics of the game

I guarantee you the mechanic wasn’t designed that way thoughtlessly

Have you considered there may be a reason for this?

Do I really have to depend constantly on the game or a few people who, without me, can deliberately introduce keepstar into a small capacity and collect everything that I have been saving for years?

And after that, you think I’ll be back in the game?

Maybe you will, maybe you won’t. Hopefully, this experience broke you from the idea that getting a Titan is a permanent solution or a solution at all. The game is as deep as you are willing to dig and your choices matter, both wise and foolish.

That was a crazy unique event.

It was a situation where an alliance ended up in control of an enemy staging keepstar, and so had both the ability to remove the fuel to force its abandonment AND wanted everything in it to drop rather than go to assets safety. That’s not a combination of events that’s ever happened before.

And after that you think I’ll be back in the game?

Can I have your stuff? I mean the stuff you didn’t lose?

I don’t more than three titans, because I don’t want the responsibility of keeping them alive.

If you own one, you need to take responsibility for your baby.