I’ve been playing Eve for a while now, and have found it interesting. The challenge of learning the game is engaging…at first. I’ve ground away at the game until I’ve gone about as far as I can go. At this point it’s just repeating the same things over and over. So what is the main thing that’s preventing me from moving on? A game where progression past the early stages takes literally forever. I finally made enough ISK, through grinding and a generation donation by another player, to get a cruiser. Something I’m told I really need to progress into T2. Then, when I go to buy the cruiser, I find that training the skills will take months. Until some time next year. Seriously? And that doesn’t include all the skills I need to use T2 equipment. The best I can figure, it will be sometime next summer before I can use my new cruiser. And in the mean time, I found that I just can’t succeed beyond what I’m doing now, without the better equipment. So, if I continue playing the game I’ll just be doing what I’m doing now. Over and over and over. There’s a fine line between a game being challengin and simply tedious. This game doesn’t cross that line. I hurdles it. It’s supposed to be a game, not a job. If it takes that long to get to T2, I can’t imagine trying to move up from there.

Your problem is you are being told what to do and that progression is a thing to aspire to.

EVE has been like this since day one, for almost 20 years now it’s not for everyone. If you don’t have patience and just want instant gratification, this isn’t the game for you…

You don’t need a T2 Cruiser yet.

A T1 Cruiser is fine.

Just get some frigates and go do faction warfare. Join a corp, get on voice comms, make friends.

You say you are new. If someone told you you need T2 ships you may have been misled, There is plenty of content for all T1 ships, Frigates, Cruisers, Destroyers, Battle-cruisers and Battleships. This suggests a progression in building baseline skills.
If you thought the path to advanced ships required no investment in time the only shortcut is to buy plex, sell on the market and then buy skill injectors.
Then you may theoretically have the skills, but you will still have to learn how to fight. 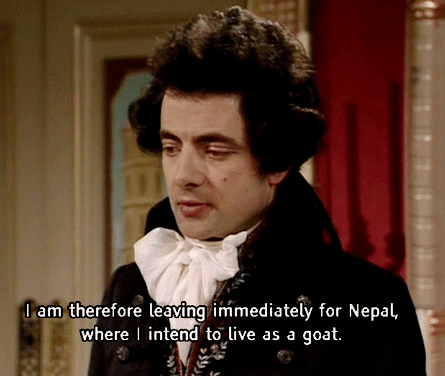 I’ve been playing Eve for a while now, and have found it interesting. The challenge of learning the game is engaging…at first. I’ve ground away at the game until I’ve gone about as far as I can go. At this point it’s just repeating the same things over and over. . .

Are you sure that you can’t do anything new in EvE, and are just stuck doing the same thing over and over while you wait for months to train into your cruiser? There are tons of very different things that people can do in frigates, and do them quite well.

Earlier in the year I made an alt to try faction warfare. While I am not able to kill the old school players that are in low sec looking for fights, I was able to have a lot of fun with an alpha account right away by following Blight’s Wretch’s videos and advice. It opened up a profitable and fun new game play for me.

Maybe you need to try something new instead of what you have been doing currently. If you have been running missions and can’t advance to the next lvl, try exploration, faction warfare, or manufacturing for a bit.

One of the best things about EvE is that the gameplay is so open, and there are tons of different things that you can do.

Just ignore Lucas. He’s a resident troll who has a lot of opinions but no real grasp or experience.

I’m a 3 year player and can assure you that you’ve been badly advised on the need to go straight to T2 fits. You can upgrade your ship incrementally with meta modules as your skills improve and get a feel for which improvements help your play style. Learning the workarounds, such as which rigs can make a difficult fit work, modules that compensate for a particular weakness and cheap implants that instantly improve your capability is an important part of learning the game. The reason is that when you do get to the content that (right now) you think you need a T2 fit for, you’ll find you really do need to make specific improvements and knowing how and how much to spend to get the intended result is not something you want to be struggling with then.

Something I’m told I really need to progress into T2.

98% of this game is figuring out whether to do something when someone tells you to do it.

If you give me 100 million ISK I can tell you more.

Eve is a perverse game. It shows you this progression of larger ships and harder missions and longer skill trains, but it’s all an illusion.

The real game that people are hooked on is all about human interaction. People will literally give you free ships to come and have a jolly good time chatting and flying with them in PVP. There’s a huge amount on offer with minimal time or isk investment to get started. You’ll learn from the people you fly with how to get a leg up in the game.

Factional warfare is a good suggestion from T Elliot. NPSI communities are another easy entry into Eve communities.

Zkill suggests Khufu is telling the truth that they’re a new player.

I find that training the skills will take months. Until some time next year. Seriously?

What are you training for ? My new alts are usually flying a 350 DPS Gnosis ( that’s a battlecruiser ) within a few days. Its the first thing I train for. Excellent for missions. After a year I have Gnosis of 900 or so DPS in my Omega account, but 350 DPS is not bad for a noob account.

And that doesn’t include all the skills I need to use T2 equipment.

I was flying T2 stuff within weeks. You need to be specific in the type of ship you are aiming for…as the skills queue will be miles long if you go for all of them. Look at the ‘Mastery’ section of the fittings and see just what skills are required.

Also…when I was waiting for T2 skills for the Caracal, I did not just stick with T1 stuff but used things like the Arbalest missile launcher, which actually has a longer range than T2 and can be used with T1 skills. It’s worth looking at the full range of weapons and not just thinking you are stuck with everything labelled ‘T1’.

Who said I want “instant gratification”? That’s NOT the point I was making.

It’ll be months before I can a cruiser of any tier.

Something I’m told I really need to progress into T2

Who’s telling you that ? I did lots of corp missions in T1 ships before i got to T2. Most of my early missions were with T1, in fact its only recently that I moved on to T2 Drekavac. Even my Phantasm was T1 for a long time. Most good corps recognise this and provide opportunity for T1 ships to come along…‘Alpha Fits’ they are usually called. So it is simply not true that you have to wait for T2 before doing anything.

It’ll be months before I can a cruiser of any tier.

That is not true at all. You can be in a T1 Cruiser with T2 tank/damage upgrades and T1 guns in a week, maybe a couple of weeks.

This is of course nonsense, however it shows that this game doesn’t lead players “step by step” and they are getting lost on the way. And personally, I am really not sure if I would kept playing, if I didn’t see the mobile depot in my language with ad for a corp which I joined and which learned me basics either (despite they learn me wrong).

Of course part of this game charm is that it has steep learning curve and there are tons of thing that players have to figure out themselves (which seems to be the main problem of new players lately), but I wonder if CCP is looking in right place with all these constant tutorial reworks, and whether they shouldn’t instead try to make sure that players like OP are not quitting because they haven’t figured out what to do in this game.