Your screenshots were very helpful… 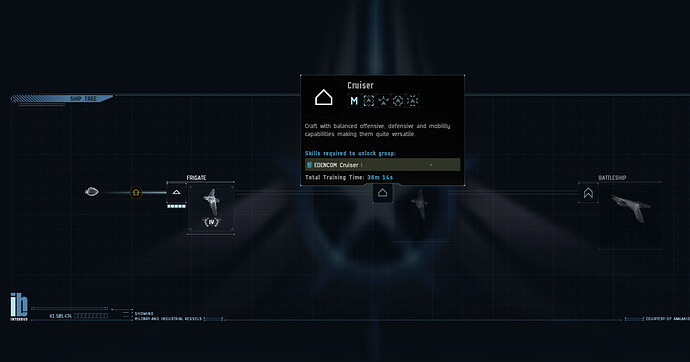 This is where I was stuck, mousing over the ship I would try to buy the skillbook and it wasn’t showing? Turns out it won’t show unless you’re looking at it from the Character screen…

I would like it if they included more ships on their Ship Tree, like the Jove ones: Sunesis, Gnosis and Praxis. It’d be nice to see all the ships that are out there. The CONCORD ones, maybe even the Alliance Tournament prizes.

Also make it so the player can buy a skillbook from the shiptree too, that was confusing for yours truly.

they get used in HS all the time. Smart Bombs also. The others are just banned flat out so they can’t.

until CCP removed the ability of Suspects to just get aggression by being around because of the arc damage spread people will just not use it.

I would love if CCP just fixed that one aspect for me as I have an immediate use case for them with 40-50 other people once I don’t have to worry about suspects.

See above and your problem is solved.

That is the ONLY books you need to buy off the market. EVERY other skill for these ships you can just buy off your skill tree.

careful there buddy, they arch onto the NPC drones around the gates.

This ship is coming. It is still really expensive for PVPers the field but you WILL see more of these.

My experience with them:

Ammo, expensive, not worth using except for running anomalies ie; guristas burrow, etc. With the multiple kills it can dish out the faster you can burn thru in the hope of an escalation.

As a mission runner, only low levels (Frig 1’s, 2’s), if you are going strictly for standings or LP, again the ammo is too expensive to make it practical to use for isk gain.

You can do 3’s in a cruiser but you’ll struggle to kill anything larger then a destroyer, and in some 3’s you’ll need a battleship, again totally unprofitable to use at 20 to 40 thousand isk a shot.

The ammo BPC’S are completely out of whack and priced for millions for a 1 run BPC giving only 500 shots.

Modules, over priced, people will argue rarity but it’s not that they’re rare but hardly anyone runs edencom sites because it is frankly unprofitable when compared with running say Trav sites.

Books, not rare but again not profitable for most and not worth pursuing.

Reship into some Raven, because it is better ship. You are shield tanking too, can choose the damage profile and even have some drones. Also it is cheaper.

Hello o/
Just a small question.
I know that Edencom lost to the Traglivians as the Trigs took quite a few systems in empire space ( I don’t think it matters which empire ) so I’m wondering: Why should I be interested in flying an Edencom ship?

Honestly, only if you are running anomalies for an escalation because the edencom weapon does wipe out the low level frigates very quickly, however it can definitely be argued that an auto targeting missile ship is even more better simply because of the cheap and effective ship.

Why should I be interested in flying an Edencom ship?

Thank you. I do like missiles.
Should I go for auto targeting missiles or not bother?

What lightning? Can you be a little more specific? Thank you.

Auto missile are good especially if you have a tanky ship and just want to spam missiles to ring the cash register while running anomalies looking to get an escalation, it’s like swatting flies.

What lighting? Can you be a little more specific? Thank you. 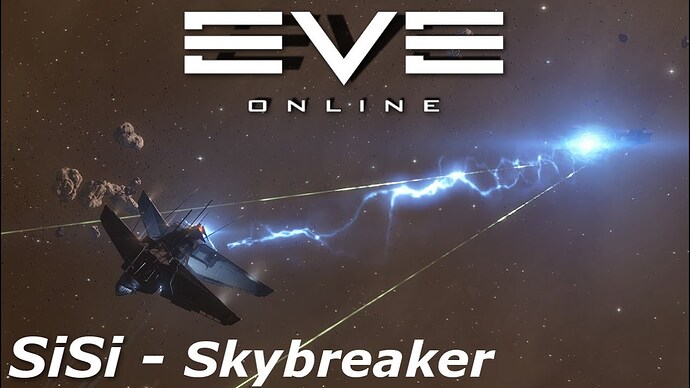 @delonewolf I think I stole your picture, it was the first google hit.

Is that lightning powerful? What is its base dps?

The lightning chains between multiple targets. I think it’s less damage than other single target dps weapons to the main target, but as it spreads across multiple ships it can deal more dps to groups.

No idea about the numbers, you can find those in Pyfa or the ingame fitting tool I suppose.

Do you know if this chain lightning will hit another player and his flight of drones?

This is the way.

Do you know if this chain lightning will hit another player and his flight of drones?

I’ve heard it can chain to drones. Haven’t tried it myself yet though.

Sadly it does, makes them useless if you get a frigate that tackles you because you have to not use your weapon because it will blap your drones if near the ship or target of weapon.

I don’t think it was PVE he was thinking about. I can see how the Edencom ships could be useful in wars if not for the hitting suspect “neutrals”.