Electus Matari, a capsuleer organization loyal to the Minmatar Republic, will be conducting several evac & rescue operations in Skarkon at least during this weekend, and after that as much as we can, in accordance with instructions by Sanmatar Shakor and EDENCOM.

As we more or less expected, our base for full operations met heavy local pirate hostility upon entry. The freeport structure is up and operational now, though. even if it is unarmed and in low power.It will with certainty be there until 01:35 on Tue 22nd, which covers the planned operation window from now until the next wave of invasions (estimated to start from earliest on Sunday at 02:33) and beyond.

We welcome co-operation by all government, local, and peaceful entities to help evacuate the system.

What can you do: 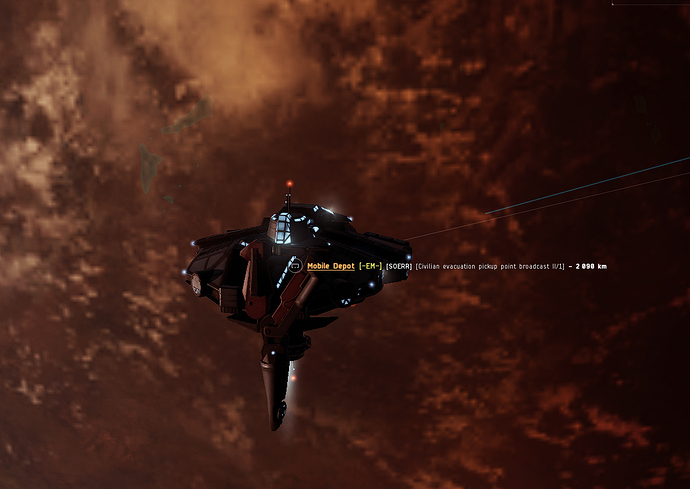 I wonder if triglavian are going to get blame for this, like in vale,

Kind of late to say “you shot first” when the sun is already in liminality, don’t you think?

we are talking about civilian evacuation, not the battle for the sun, but nice try

If the Triglavians didn’t want to get blamed, they shouldn’t have caused the disaster due to which we need to do the evacuation. It’s pretty simple.

It’s not rocket science, and even if it was you’re a God damn capsuleer and should be able to mostly figure it out in a few days and completely understand it within a month.

The MDAA [Minmatar Development Assistance Association] has anchored multiple habitats for Refugees at the Mimiror gate in Fegomenko. The camp was set up to accommodate the refugees prior to their resettlement to other stations, planets or systems begins.
We have capacity for thousands of people and expect to decrease travel time for evacuation shuttles by a lot. I hope this helps to rescue more people in the limited timeframe to which we must submit. 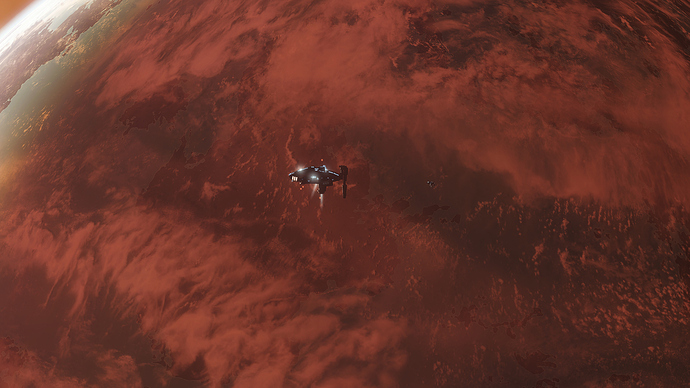 Maybe if concord actualy help the first time that triglavian come, i might have stay with edencom, but they decide to let capsuller do their work while they watch stargate all day.

Regardless of CONCORD itself, you can’t say the local Navies aren’t doing what they can to fight against the invading Triglavians (Well, the Caldari Navy could do more, but that’s beside the point).

But even if you were right (you’re not) and literally nobody besides capsuleers were resisting, that doesn’t mean you have the right to burn down the cluster.

But even if you were right (you’re not) and literally nobody besides capsuleers were resisting, that doesn’t mean you have the right to burn down the cluster.

We have been given a choice, which gives us the right to make that choice.

We have chosen glorification.

Consider that edencom ceo is an amarr, someone who probably dealt with slave in the past, YES i have evry right to burn the cluster.

Despite the esteemed Khumatar’s ravings about slaving operations by warclones and associated parties, UNF will continue to evacuate civilians. Any and all evacuation flights that have yet been undertaken by UNF relief units and associated Bosena Accords units have been outlet in Ennur at Republic Parliament Stations, but are now diverting primarily to drop off staging at the EM deployed astrahus to expedite operations.

The main evac operation is concluded. Write-up will follow. At this point, thank you for all the support from all the multitude of forces with us.

EM evac station will remain until 01:35 on Tue 22nd and multiple organizations in addition to our own have promised transport (see above).

I wonder if Interbus is going to keep dropping stuff off in Skarkon. Will the survivors of destroyed capsuleer-owned Upwell structures in parts of Cache, Great Wildlands, and a few other regions end up being brought there with the capsuleers’ stuff, and will they continue to need evacuation?

Shortly before the evacuation took place yesterday, some unknown entity attacked our refugee shelters in Fegomenko. Some of the depots were damaged and unusable when we arrived, reducing the maximal capacity of the camp by 40%.
We fear about the safety of the refugees shall the attackers return. 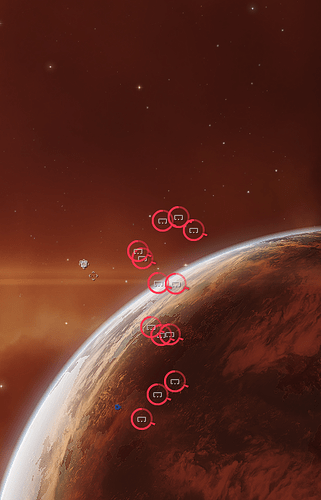 If you knows details about the attackers, please contact your local law enforcement. We assumed they were angel pirates, but the attack doesn’t fit in the pattern of their common raids.

The attackers are ikely to be opportunistic capsuleers. Some folk just shoot anything, they don’t care what it’s for.

So, let me see if I understand you here…

CONCORD put someone you don’t like in charge of EDENCOM. You don’t like them because they may have been involved in taking actions that hurt people and ruined their lives.

So, in protest of this person who ruined peoples’ lives, you… have decided to cause the deaths of billions of completely unrelated people? People who aren’t part of CONCORD, didn’t have any hand in CONCORD’s selection, and for the most part had little to no part in the slave trade.

You want lots of people to die, and more peoples’ lives to be ruined… because you don’t like someone else that they have nothing to do with.

That’s whot you get in putting a slave master in charge of defending new eden.
Also concord never help during the first time trigs invade, make me question my loyalty to a force that is suppose to defend new eden, instead to see how much clean is a stargate.
We also still don’t know the fate of the captured vedmak crew in yulai.

So yeah…no thanks that i am going to defend the private interest of the four empire, they just want you to use and be done with that.

Ok, but who’s talking about the empires? Ignore the political entities. Focus on the people. I mean, that’s what you’re supposedly up in arms about, right? It’s not like you oppose slavery just because the Fed told you ‘SLAVERY BAD’, right? You oppose it because of what it does to people.

You know, the exact same thing you’re doing to them, now.