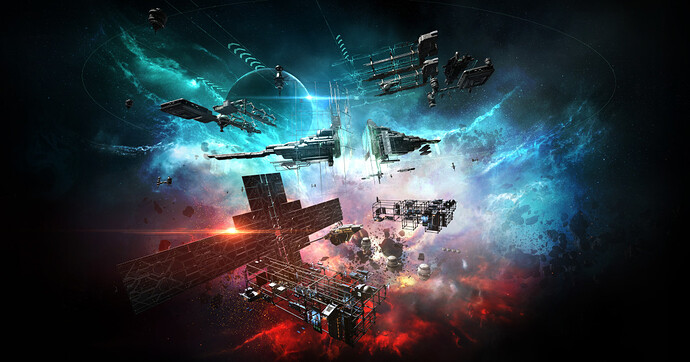 Empire Frontiers - The Race is On | EVE Online

Fixing the lack of a necessary feedback topic for this major release.

uhhhhhhh
so that is a thing…
i hope amarr wins

My feedback: turn in 10 bear pelts for your quest reward.

Thanks for posting that.

Gotta say I really don’t like all the Triglavian crap CCP keeps pulling just so they can change and or direct what happens in Eve. This game operated for a long time as a player run game without any heavy handed manipulation by CCP. Now it seems each new change that’s implemented is a result of a liquor induced fantasy.

Maybe I misread it.

Capsuleers can get involved by fighting for Factional Warfare control of Athounon, which requires membership in an empire militia. Alternatively – or additionally – you can gather resources at key mining sites prospected throughout the Serthoulde constellation which are open to militia and non-militia capsuleers alike.

You have the power to decide whether the Caldari or the Gallente complete their stargate first, so take up arms and harvest and deliver resources to your faction’s stargate in Athounon to hasten their completion!

You can help either the Amarr or Minmatar by engaging in Factional Warfare activities in Turnur and surrounding systems in the same constellation, with additional hotspots emerging in Egmar and Vard in the coming days.

You can also engage in hacking at special exploration sites in the same systems in order to loot and deliver encrypted research data to your chosen empire, which will aid them in gaining the advantage before the opposition!

If you are a member of either side’s faction militia and enter the corresponding exploration site, there will be friendly NPCs that allow you through and may well defend you against opposition or non-militia interlopers! Be warned, those not in a corresponding faction militia will be attacked by these guards.

Welp, we can see how this is going to go eventually.

sounds like you upset being a part of the militia gives a advantage
(note: you don’t have to join to do sites, it’s just easier to do them when you have space friends)

I am kind of curious how they work and going to try later
(joined the Amarr Militia and became a PALADIN! FOR THE EMPRESS AND DEATH TO HERETICS!

It simply is bad turn and showing how things will eventually be in the future.

Gotta say I really don’t like all the Triglavian crap CCP keeps pulling just so they can change and or direct what happens in Eve. This game operated for a long time as a player run game without any heavy handed manipulation by CCP.

The two sides are different.

One side has two different sites, with two kinds of resources, that are undefended and one turn in at a single system at the end of a 2 jump dead end of Gal/Cal Warzone lowsec. Killing and looting the enemy doesn’t gain you what you need to progress.

The other side have 1 kind of site that is defended by the owning team and turn in the same item to separate locations that are safe in highsec. Destroying and looting the enemy is a valid strategy for acquiring what you need to progress.

Additionally the Gal/Cal has an immediate and obvious consequence. The Amarr/Minmatar one does not.

God forgive me but even the mimies are better

@CCP_Fozzie Can we please get unique signature IDs on the sites, is this an easy fix? Kinda hard when there are 8 ore sites in system… “uhh I’m at the 40.2AU one, no, the OTHER 40.2AU site! help!”

Only reason I can think is that the mining sites have normal NPC patrols, so anyone mining in those sites can be attacked by pirate NPCs, regardless of whether they are militia or not.

Hmm. I’ll trundle down there and take a looksie.

It’s an event, of course it’s going to be camped…

True. I always like dying to a good gate camp tho

I’m not gonna lie. The faction gate mining event is really bad. Its borderline better then solo highsec mining and with the added danger its not worth it. you are better off mining the lowsec ore that spawns naturally because you are not gonna make anything extra off the blueprints. Iv been decloaked and killed in a prospect by someone that was 25 km off of me. Its buggy as hell and the hordes of players in these systems make it laggy as hell.

I thought the whole idea was to help the Faction of your choice to quickly complete it’s stargate by mining resources for it.

Merged a similar Topic into here.