Everyday when I’m entering the game I see this guy! Looking as a criminal. Is he serial killer or mb maniac? 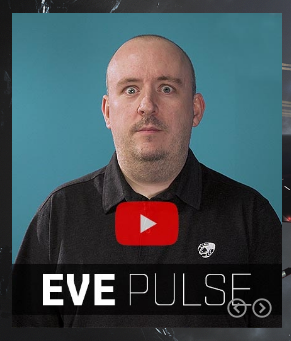 I’d become a psycho as well, if I had to deal with the eve community on a daily basis.

One does not exclude the other, it’s all in the packaging really. Or rather, in marketing it.

I also thought that looked like the mug shot of a guy caught red-handed… this person needs incarceration!

“You want ME to do this video?! Do you like having subscribers? WHY ME?!!!”
Proceeds to do fine job at said video

Man has eyes wide open so what?

If I were ccp I’d program it so OP has that picture on their EvE client permanently when it is open.

I’m pretty cuddly actually, but on occasion I do bite.

Avatars are the way video games forgive evolution for making the majority of people difficult to look at twice. I would posit that if we could see the actual face behind most characters, MMORPGs would suffer a world-wide collapse.

I used to look at female Eve characters in local, but then realized many are male-player fantasy babes. That being said, I will grudgingly forgive CCP for things like the Guardian’s Gala fiasco as, from the photo above, they are just a group of sad sacks as most of us are…

Aomame is definitely a fantasy ‘babe.’

I’m not a woman but I’m not exactly your typical American beer guzzling pot bellied redneck, either.

She does resemble someone, the woman who took command of my unit when I retired. I can only come up with so many new ideas, though…

…sad sacks as most of us are…

not me. totally me irl: 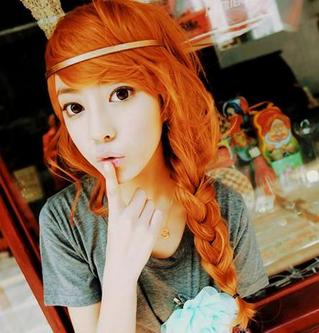 I require more evidence that this is really you.

Aomame is definitely a fantasy ‘babe.’

I’m not a woman but I’m not exactly your typical American beer guzzling pot bellied redneck, either.

She does resemble someone, the woman who took command of my unit when I retired. I can only come up with so many new ideas, though…

Oh, crap. I mentioned some real life crap where it slipped out that I served.

lol not necessary, many of us have served in the military; myself included. Keeping it non specific is fine, mentioning theatres and operations not so much.

Side note there is an ingame community for serving and ex military personnel.
#best of us.

lol not necessary, many of us have served in the military. Keeping it non specific is fine, mentioning theatres and operations not so much.

I find it odd that when I mention something, you don’t hit me until it’s on topic, gonna hurt the argument you’re making.

And I don’t mean ‘you,’ personally, but ‘you,’ the generic reporting whiners. You bash me in threads for being too nice, too accepting of alphas, you call me trash for letting people get away.

Do you think that’s not because of life, in general? But we suck, our foreign policies and politics? I bring real life politics into the game when I sit there in a tengu and watch a magnate noob suck up crap that I could take the second I felt like it.

I find the complaints, well, odd. Not uniform. It’s not me that some hated, I think, but that I destroyed their arguments, in some threads.

Personally I’m an ex Royal Air Force comms tech, and an Army brat to boot. I work in an associated area on civvy street, telematics.

I don’t have a problem with you or 99% of your countrymen, outside of the forums I’m more than happy to discuss politics, and take the piss out of some of the actions of the buffoons in it.

Fine. We’re not perfect. But I will be damned when people tell me we don’t try, that’s all I’m saying.

And I see it on this game. Most of these bots, most of these complainers? Probably us. I know that. We’re a mixed bag. Like everyone else.

Oh…and here I thought Jonah had been Argentina Coast Guard all this time…oops, my mistake…

Better than Brasilian. You want some serious problems? Be law enforcement of any type in Brasil.