May I please get clarification on this EULA statement?

You may not engage in any conduct that results in an Account containing items, objects, currency, character attributes, rank, or status that are inappropriate for the level or rank of the character contained in the Account, including without limitation arranging, making or accepting transfers of items to a character without adequate consideration, thereby augmenting or aggregating items in an Account and increasing its value for an Account sale.

What does ‘inappropriate for the level or rank of the character’ mean? If I transfer a ship to a character that does not have the skills to fly it than I am violating the EULA?

Does ‘thereby… increasing its value for an Account sale’ mean an intent to sell is required?

Please don’t require us to puzzle out legalese when trying to understand the boundaries of what is and is not ok.

What I take it to mean is “You can’t hack in dev-specific or unreleased items, or knowingly receive these by trading”. Those being the only types of items which it is “inappropriate” for characters to have on their account.

All of the stuff at the end is after an “including” statement, so I believe it just lists out a bunch of example conditions. None of it is actually required to invoke this clause, they are just likely scenarios.

My take on EULAs is: just use common sense. If you’re ever in a position where you’re asking yourself: can I be banned for this? Justs don’t do it in the first place.

Any item that you naturally get, whether it be ore, ships, mods, injectors etc. And their base code hasn’t been modified, nor have you tried to install something unnatural to the game, would be a violation of the EULA.

So, if you are a fresh noob and you join a corp where you are given a ship like a caracal, and maybe a skill injector. It’s not a violation, they want you to fly it asap,

What does ‘inappropriate for the level or rank of the character’ mean? If I transfer a ship to a character that does not have the skills to fly it than I am violating the EULA?

Your level or rank is “Normal player”.

You are not allowed to receive, purchase, or otherwise obtain the “Super duper Hilmar Extreme” ship, for example.

Or, more simply put, you are not allowed to be in possession of, say, this ship: 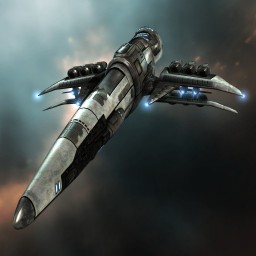 I remember someone having an Enigma drop as loot when they killed a Cockroach, CCP yoinked it and replaced it with a few old PLEX IIRC

Basically what that EULA statement mean is this; You many not have anything on your account that is not obtainable through normal gameplay.