Is that the event where that dev magickly blinked his titan away when he got in trouble?

Games now: Massive release event with streamers, server crashes and queues. Then 2-4 weeks later, 50%-70% of player base has quit.

Take it from someone who has over 2000 hours in tarkov, rust and diablo each - Wipes are bad for the longevity of the game. Everytime a wipe happens it becomes a mess in those games, and the same bugs and gameplay abuses that kill the core gameplay loop never gets fixed because of it.

Wipes are basically death-scrolling for vidya. Addictive and absolutely bad for your health.

Would I get a refund? 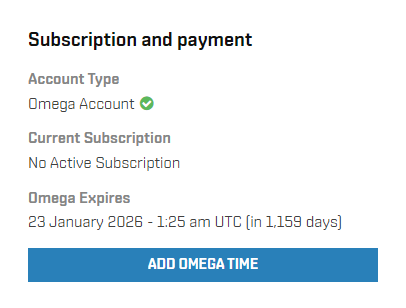 no you would not

No !
And even if they do that they will have to give back all the plexs & refund the monthly payment for some country. They will not able to avoid that with some countrys.
Some countrys don’t have that law so it will be unfare.
Did you think about that as well?

They should drop the subscription price to $0.01 per year before they do the refund and server shutdown.

You can do that yourself, select all the stuff, right click, Trash. Money you send to alpha account or alt you dont use and biomass it. Never ask someone else about something you can do faster and better.

–Gadget ain’t giving up her stuff

Would I get a refund?

Well, that is precisely why I never subscribe for more than 3 months. Same goes for renting a big house in another MMO…I never pay more than a few weeks rent at a time, not since a rental company closed and I got zero refund.

Likewise, though I ‘could’ wallet mine hundreds of billions into Eve, I wont…because I can just bring it in as and when I need to.

I’ll take over your calendar anyway…

they will have to give back all the pixels

Fixed that typo there

when I need to

Sometimes the annual sub fees are just too good to pass up.