It’s been years since I played. I remember eve-radio being a thing with it’s live music / DJ’s from their website and the in game channel being a great place to bs with random people in Eve. Seems Eve Radio is basically gone. Are there any other entities like that or cool random private channels that people bs in?

Fly dangerously out there broskis o7

Hutton Orbital Radio for Elite Dangerous is in its 7th year and still going strong.

Its the sort of thing EvE Radio could have become. 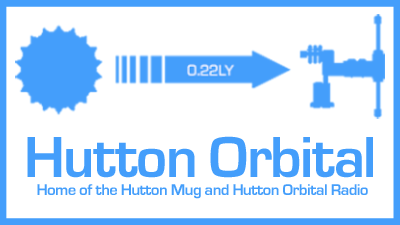 Hutton Orbital Radios Web based player. Now with a requests page and current song review so you can interact with us.

There is also a chat in game too. Open channel window, in Media tab. EVE-Radio.

Imagine flying through New Eden, or just sitting there and mining (back when mining was cool) with friends (when they still played) and you could tune into a radio station on your spaceship – and the content was about New Eden, and New Eden things.

Just another reminder of how this community has “evolved”.

You can get eve music on spotify.

Eve-radio was less about the music and more about the sense of community. They had regular DJs that interacted with the game. It still exists to an extent with gaming radio, but pretty much only at the weekends for a few hours and most of the music is trashy EDM.

EvE Radio is going strong, but you need a mining permit.

Times must be getting tough when a miner requires a radio station to listen to instead of zooming right up close to the asteriod and hear it scream while being cooked by the lazers.

Oh how it reminds me of the time when grandpa pa placed a live lobster into a pot of water before placing it on the stove. I can still hear the screams.

Moral of that story is be kind to lobsters and don’t buy a mining permit or worry about the asteroids screaming while your lazers boil/melt the rock to extract it’s juicy ore.