I would like to propose that the EVE community and game would provide a framework to enable and promote freedom of speech in the age of increasing censorship. In this vein, can we please look at a structure that would provide a way to display articles/journals/books within the game.

A similar project has already been realised via Minecraft and I think the EVE universe would become richer if there was also a solar system that is dedicated to sharing of knowledge.

Stealth, bring back the in game Browser thread.

However, there’s no place for politics or bigotry in game (at least officially). I feel like requesting to add a feature like that is doomed to failure because it would be an official step by CCP in that direction.

There’s nothing really positive in it for them though. That is you can already access exactly what you want, outside game, and adding it in game seems just like a step to ram your/my/other’s own views of what “free speech” is, down other people’s throats.

EVE is a game, not a political platform.

Would Mein Kampf by Adolf Hitler have a place in that library?

This thread is going to go sideways fast.

Nooooo ! Eve is a game…it is a place where one can get away from politics, bigotry, etc. 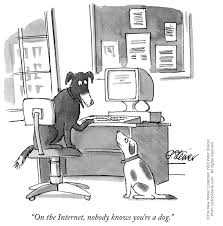 OMG this has to be the worst suggestion I have seen in a long time. Really really terrible.

to enable and promote freedom of speech

On what, politics? More bad ideas from nobodies who think themselves experts and troublemakers with selfish agendas?
There are hundreds of forums on politics and other “sensitive” issues and they are moderated for the crazies with far-fetched conspiracy theories that help nothing but to sow discord and hate amongst the ignorant uneducated masses who either don’t have the time, energy or will to properly inform themselves.
And you want that garbage in an entertainment platform. The very thing most players wish to forget about when gaming.
Dumb.

Yeah the only political and/or religion related subjects in the game should be about the corrupt Gallente politicians and their deviant society in general, the zealot Amarrian priests and their wrongdoings, the pagan Minmatars and their addiction to the ductape and the fascist Squids and their corpo mentality.

Alternatively one can also talk about the corrupt CONCORD and EDENCOM, the duplicitous Sisters of EVE or the too shy to show their face Triglavians who were bullied in school and now try to release their frustration on New Eden… or the Jovians and their self-imposed genetic degradation.

I agree that an interface for bringing RL issues into the game, especially under the guise of “free speech”, is a terrible idea.

However an actual “EVE Library” could create various means to access EVE lore through an in-game interface. Whether it’s a data terminal or a SCOPE video interface or just a library of articles, EVE actually has a lot of interesting lore, sometimes linked to current game events, that you can barely even see reference to while in the game itself.

I can’t guarantee it would greatly increase player interest in the game but it’s certainly better than many of the things CCP’s come up with.

No such thing. The “unpopular” ideas are always suppressed. For a basic example look back at the locked threads in this very forum.

However, there’s no place for politics or bigotry in game (at least officially).

But this is a political statement in itself.

But this is a political statement in itself.

Can certainly be seen that way. Absolutely.

Crab’s have that tendency