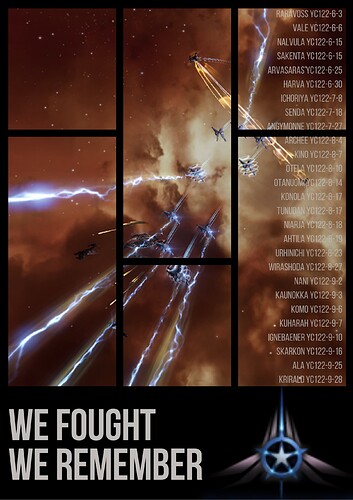 We kindly invite capsuleers who fought on the side of EDENCOM in the Triglavian invasions last year and those in support of the organization’s ongoing efforts, to mark a year since that phase of history, to remember what we have won and lost, put names and faces to those echoes over FTL, and to celebrate the pilots who fought and continue to fight in this conflict.

What: A parade followed by a reception, speeches by capsuleer representatives of the four nations, a quiz with prizes, refreshments, mingling
Where: Yulai IX (Kjarval) - CONCORD Bureau - Lux Caeruleis Event Hall
When: Saturday YC123-10-16 at 19:00 parade and fireworks in space; 19:30 doors open to the venue, 20:00 welcome words and a quiz on current events in the EDENCOM constituent nations; doors remain open until last guests leave
Who: Independent capsuleers held in good regard by EDENCOM, and allies
Dress code: EDENCOM and local uniforms, or other formalwear appropriate to each participant’s customs. Ceremonial weapons only. EDENCOM ships and SKINs encouraged for the parade.

Further info: Event will be postponed if unforeseeable events lead to the (at this point fortunately unlikely) escalation of the conflict.

Sadly, we have a prior conflict, but all the best for a successful event. I’m sure an ARC representative will attend.

1. If you don’t know what that means, deduce it from context and thank your ancestors.

I think I will have to put on dress and jacket. My EDENCOM t-shirt is really bleached from a lot of use and washing, and there was no new supplies distributed unfortunately. 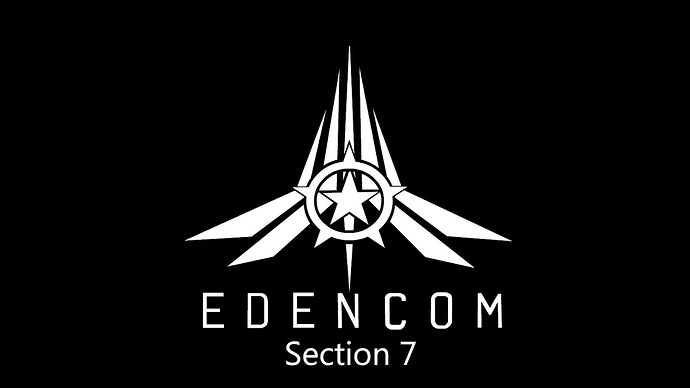 I mostly just flew a logistics cruiser during the period of active conflict, prior to total liminality. Does that count ?

If so, I shall probably wear a dress if I am able to attend. My cultures formal nudity and ceremonial cake sporks may be a bit ostentatious.

Certainly it counts? The event is not some kind of a competition prize, but an annual remembrance.

Fireworks and parades are welcomed to gather at the site of the newly revealed Edencom HQ. As there have been kind donators of prizes (who have so far wished to remain anonymous) in addition to my own stocks, there will be a random draw of some SKINs and ships between people on grid with myself at 19:25.

The quiz will be about recent history of the four Edencom constituents, and will have its own prizes. Quiz links will be posted on both the event hall itself and on Yulai local at about 20:30. In the competition format, each participant proceeds through the questions on their own, and gets points for correct answers, and some additional points for speed. You must register to the quiz with a valid pilot’s license name to be eligible for prizes.

Here are the top ten from the quiz; photographs and reports will (hopefully) follow. Thanks to all who showed up, it was good to see you again. 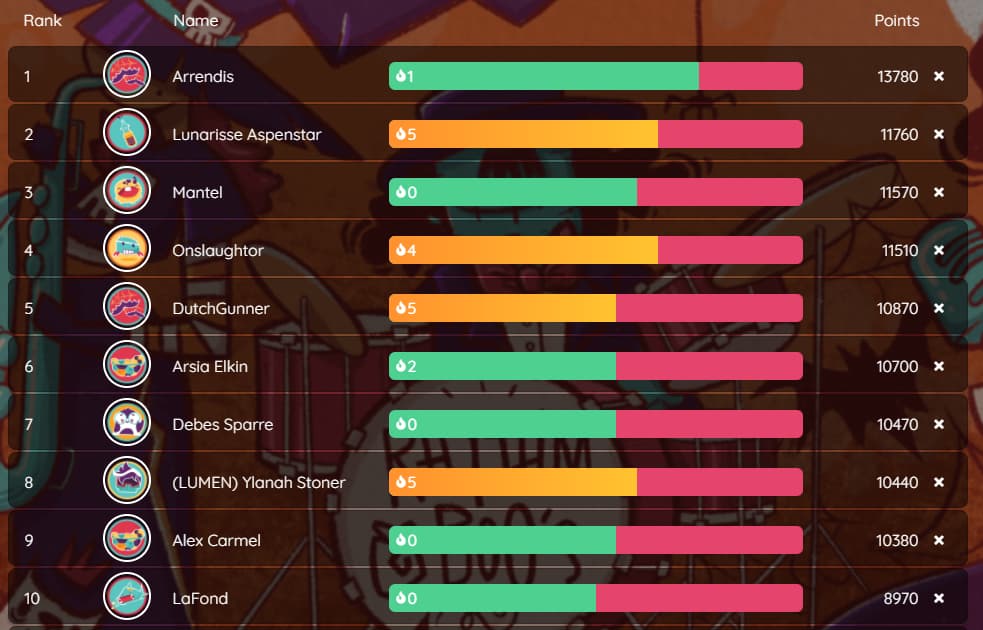 Here is an excellent video of the parade: 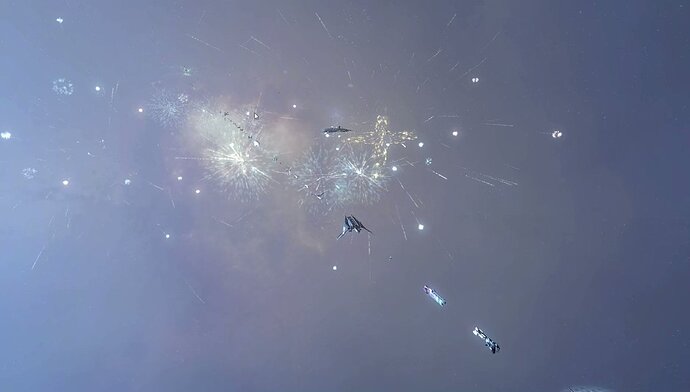 A photograph collection of the day’s events by Lux Invicta pilots: banishing a world ark in Skarkon, an attack on the Svarog shipyards, and then the parade and fireworks in Yulai.

Did everyone have an appropriate time at the event ?

I was not feeling social, so was unable to attend in Yulai.

It progressed without incident. There was a quite pretty parade followed by speeches and some mingling. There were also a series of quite ideologically diverse speeches that shared a common ground of continued resistance to those who attacked us and a dedication to reclaiming the stolen systems.

In the parade, while EDENCOM ships were quite common, those of us in the LUMEN contingent prioritized active warships to send the message that the war is not over and will continue until our systems are returned to the fold.

Although I admit that my Thunderchild was simply fit for heavy tank, a lot of the fielded EDENCOM ships were active warships. PNS’s contingent of EDENCOM ships, for example, is absolutely used.

That being said, I do fully agree with the message that the war against the Triglavians continues on. The Triglavians have abducted not only entire systems, but the billions of people who resided in them. They need to be crushed.

All that said, I thought the event went rather well. People fell into parade formation pretty quickly and I enjoyed the reception.