When the event first started, we had a VIP site and a regular site in our pocket in Catch. After that, nothing. No new sites appeared within ~10 jumps.

So, I didn’t run a single site – meaning it was a complete “non-event” for me this year. From what I’ve read about the way the whole mining and BP mechanic works, though, it’s just as well.

I did, want a screeny?

He asked how many, not if YOU personnally did.

BTW can I have your stuff ?

CCP don’t care if under age people learn how to gamble and develop addictions as long as it pays their wages.

If you are between 13 and 18 years of age, you must have the permission of your parent or guardian to before providing the personal information required to create an EVE Online game or website account.

this event : I did a few BS when they were interesting (3k DPS), then one after they were fixed and that’s it. I did not craft a single accelerator, I looked at the price once or twice in all, I was not even interested in the event’s points rewards. It was very simple “not interested in your crap CCP”.

But now you need to have the same speed of fixing things when it’s a limited-time event. Why you don’t fix the reprocess rates as fast ?

This reprocess rate and the gamble prices were … Either a joke or an insult. I felt insulted to have someone tell me I should enjoy looking for sites for 30min to have a ticket, for which I should buy items on the market and spend money, to literally be given “garbage” for all that time. I mean it can be fun once or twice, but when your average loot for 5 cans is worse than what you had to pay AND required your time…

Well I did not unsub, I did not rage, I just felt “not interesting” and did not even want to try hunting the carriers anymore - which could have been fun in HS. Seriously, I’m genuinely open for interesting content, and last events were actually very diverse and interesting (even though people like to complain - and you gave occasions to complain). But here I just can’t find the fun. Maybe I would have more fun tearing my nails apart myself.

I unsubbed all my accounts

The CCP person responsible has already admitted he got it wrong, and will try to get it better next time - but your butt-hurt is such that you’ll never know…

… on a completely unrelated note my request to cancel Omega on two my accounts is sitting unanswered for like 2 weeks already. Omega status is still active. 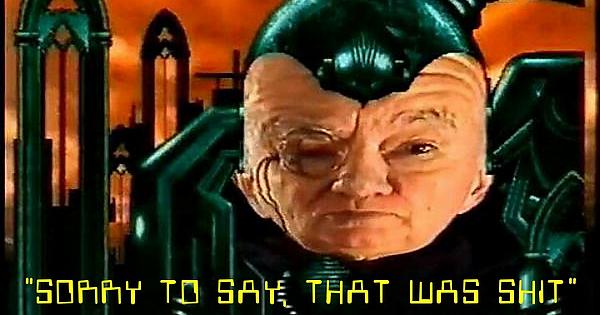 I’d expect it to be until your current subscription runs out - or has it already ?

The CCP person responsible has already admitted he got it wrong, and will try to get it better next time

The path to hell is paved with good intentions.

This is not a job for beginners, let's first learn a job with someone more experienced, and then start creating events.

Please stop referring to lootboxes as giftboxes. Its insulting to your customers.

It was a “giftbox” if you were lucky to get one from the final wreck in the site. But further, its not a “lootbox” in the bad sense of the term, because players are not required to pay CCP (in their NES) for a key to unlock them; ISK can be earned from in-game activity.

As I wrote in an earlier comment, the event was very educational about the nature of gambling: only the House wins

Am I agreeing with the setup? Not really, the ticket redemption ISK price was not necessary. The ticket drops could have been made more rare, if CCP feared upsetting the market for faction modules.

The lootbox from citadel? Removed. Instead of lootboxes it should have been hackable, and the hack could reveal contents, exotic dancers sometimes, or those angel logs, or alcoholic drinks of special kind, boosters, drugs, cigarettes, stuff like that…

The amount of ore and the ore itself was both synergically so bad, should have been less restrictive on that front. Or limit numbers of asteroids, or limit amount of ore in them, not both at the same time.

If people would see this ore is too cheap, they would just not mine it.

I don’t know if they do refunds, try submitting a ticket ?

All you can do is submit a ticket and hope. It probably will not be successful, but at least it will let them know how you feel about things and why and how serious you are about it. Like when you get that wonderful little box when you unsub.

I unsubbed all my accounts

No dumbass. Unsubbing means me payinf with plex instead of cash. I earn 500-1000 million in abyssals an hour so plexing is not an issue at all. I just used to like to support CCP. So you were happy with the event were you? Moron.

Unsubbing means me payinf with plex instead of cash. I earn 500-1000 million in abyssals an hour so plexing is not an issue at all. I just used to like to support CCP. So you were happy with the event were you?

Paying with plex means that you support CCP even more now as 500 plex costs more than a sub, even if its purchased by someone else.

Unsubbing means me payinf with plex instead of cash. I earn 500-1000 million in abyssals an hour so plexing is not an issue at all. I just used to like to support CCP. So you were happy with the event were you?

Paying with plex means that you support CCP even more now as 500 plex costs more than a sub, even if its purchased by someone else.

Well whatever, its not coming out my my bank account. I don’t quite get how being F2P is better than paying but whatever. Makes no sense really it’s not like the money CCP gets is locked until some uses a plex. They’ve already received the money. But if me being F2P is better according to you then it turns out I’m just a really nice guy for unsubbing lol.

I don’t quite get how being F2P is better than paying but whatever. Makes no sense really it’s not like the money CCP gets is locked until some uses a plex.

You’re getting lost in the lack of a direct and immediate effect caused by your actions.

What you do when you buy PLEX in the market with ISK is increase demand for PLEX in game. That in turn causes an increase in the price of PLEX in game, which makes it more attractive for those that purchase it with real cash out of game.

TL;DR by purchasing PLEX in game with ISK you give other players a reason to want to purchase it with real cash out of game.

It was not “giftbox”. It was lootbox, just because isk can be earned in-game dosen’t change a thing. It can also be bought by RL money via PLEX, and that may cause gambling adittion. “But but rng is everywhere in EvE”, so? I can’t just PLEX to make rng roll on overseer wreck, can I? I have to actually play the game, not throw money and open lootboxes inside station. Problem is, CCP don’t see that as problem, problem to them is not good enough loot table on lootboxes rolls. So either they think their player base are idiots and they just want to milk us or they are idiots themselves because they don’t know the backlash of gamers from other games for introducing lootboxes.

I won’t even write freedback for events, because it’s pointless at this stage.