this time we was right

According to your claims.

Still, making a thread to brag about killing someone ten-on-one is really bad form.

But I guess legitimate PvP kills against a fighting target are so rare for your corporation that this was some kind of “event” for you guys.

Some tengu tried to throw his weight at a trash fleet and got btchslapped.

Did your logi aggress the Tengu for this? Else it would have been concorded for assistance interference with a limited engagement.

I should have attacked the aggressor with my combat drones but I had a flight of armour repair drones out, after coming under neut attack from nps. So was cap struggling at the time. So yellow it was and lucky no one was around

Mr Stavlabel paid for his poor choice of targets. We took no offensive action until he fired upon us.

Yea. Cause you prob had 1 rax in there as bait, with everyone else safed more than 14 AU away huh? And once he took the bait, warp to fleet huh? Betting that rax is tanked to the gills for Sansha dmg

I mean good job but lets not front about what it was. And yea, the tengu should have checked local first.

genuine low-sec solo PvPer (one of a dying breed)

This particular player is skilled, and wouldn’t have taken a fight against 6 cruisers and 1 battleship, plus logistics.

Yep. Ain’t no way he was risking 600 mil going up aganist 6 raxs. No T3C could survive that amount of DPS. I mean maybe if you could kite them, but even then the drone DPS would add up over time.

Gankers and suporters will alway spin the story some how

You live long enough to be the villain eh? You are one now Githany

Congrats. It appears my wattpad fiction is coming to reality.

Soon, NEPF will be a part of Safety. Calling it now.

No , your wrong , some had got close to him why others had been fighting Sansha ships , i was repping our ships still taking pve fire as well as keeping ships alive taking damage from the Tengu . all on grid.

It’s hilarious how the whole PvP crowd is like, “all PvP is good PvP! Catalysts against Ventures? Check. Smartbombing Capsules? Check. 20 vs. 1 battles? Triple check!”

Until of course someone actually dares to fight back, then it’s time to try to discredit them in any way possible.

Sad and pathetic, but there it is.

Bro you don’t even play

And uh to PvPers, its pretty obvious what happened to the Tengu. I mean good on Githyan and co for the bait and switch.

He prob thought they were carebears so he took a shot at the rax and then lag spike and then oh crap.

Yeah they really do get very salty when people fight back.

I have a hard time believing that an experienced low-sec solo PvPer would red-box a Thorax gang with a Praxis and logistics on the field.

If I went in on a site like that, I’d nope out so fast. Ain’t no way a single ship could take that fleet by itself. Esp with logi back up. As a solo person, your entire success rests on the ability to kill them before they kill you. Logi negates that.

I can also fight pirates in low sec just like I fight them in high sec I don’t care what people think about morals.

No one cares if you fight peeps in low sec. Its encouraged. But lets be real here friend. Ya’ll were the pirates

Not approach but close to him , remember our ships are blaster fit , that’s why damage is at different lvls , and really we are all judge jury and executioners , this time we was right .

So our fight will go on , you know we are true to our path and any who stand in the way will be , well Tengu ed🤔

So one secured the tackle and the rest came in after? I see

So yellow it was and lucky no one was around

I mean ya’ll had a fleet in there. Thats why no one was around

Gankers and suporters will alway spin the story some how, are we not allowed to do pve and pvp at the same time now , lol

I really don’t care what you guys do.

I’m just not a huge fan of people trying to spin a story about what seems a completely ordinary kill in lowsec. Basically what I’m saying is, that you guys can do better and I expect better stuff from you.

Tis true. I don’t mind the kill at all. But a spade is spade haha.

Starting from the first reply.

I especially like how they labeled the Tengu pilot as the griefer/thief/pirate/aggressor against whom they were “fighting back” (with 10:1 odds), even though just a cursory look at their stats shows them to be a dedicated low-sec solo PvP player (with a very high sec status to boot, so they don’t even pod).

Just goes to show the amount of hypocrisy and goalpost-moving they’re willing to engage in to push their agenda, considering that at all other times, they put that kind of PvP on a pedestal and make fun of gankers etc. for not engaging in it.

Basically what I’m saying is, that you guys can do better and I expect better stuff from you.

I should maybe clarify.

It’s not that I have some higher standard for you guys. It’s just for the anti-ganking/ganking content, which I consider roleplay, I appreciate a good story that is consistent with their MO. Do I support CODE? Not really, but I appreciate their commitment to the “act”.

You’ve been making a number of decent posts painting a picture about AG, however this one just doesn’t hit the mark. That’s basically my feedback.

Cool, this is turning into a Gank/Anti-Gank thread.

Cool, this is turning into a Gank/Anti-Gank thread

a guy who has never left his starter corp.

Didn’t know @Mike_Azariah was in this thread…

You really have to start recording the fights if you’re going to post threads like this afterward.

Also, this really belongs in C&P. Posting it in GD just makes it seem like you’re desperately fishing for validation.

I would bet my Honour on the very fact but my word is all you get, we were in the middle of a combat site a thorax would not survive on its own our whole fleet was on grid

You would own us large amounts of isk if I had taken that bet , but I’ll let you off, as a forfeit for doubting me your task is to steal a catalyst fitted from Aiko .

You got proof or

I would bet my Honour on the very fact but my word is all you get, we were in the middle of a combat site a thorax would not survive on its own our whole fleet was on grid

Ordinarily I’d have no problem believing you.

But I have a hard time believing a lone tengu would single handedly take on 6 raxs, a praxis and a logi solo. Now do people do dumb things? Absolutely. You mentioned going flashy yellow.

You claim he shot first. Which is it?

I mean I’m all for low sec PvP but don’t front about it.

Also, this really belongs in C&P. Posting it in GD just makes it seem like you’re desperately fishing for validation.

I never started this for pro or anti gankers , it was to encourage people to fight back . Just because I am AG doesn’t mean I can’t post other places

And that’s the crux of the matter many don’t want pve pilots to fight back , we have had to call in salt haulers to this thread to clear all the salt away , still, it will be handy for salty popcorn for the next interesting post.

I don’t get it. I’ve made clear I’d be ignoring him but yet he still continues to quote me and post at me as if nothing happened, after suggesting, for days on end, that I’m someone’s alt and calling me “temp”. Wouldn’t that behavior be considered ‘online stalking’ or Harassment ? Just wondering.
Just how old is that guy, 105yo? Because he seems to have Alzheimer’s or Parkinson’s. I only hope he doesn’t expect me to reply to him, lol.

Knowing it’s some old fart… Given his handle and how he signs all his posts with sunglasses, I picture epeen as 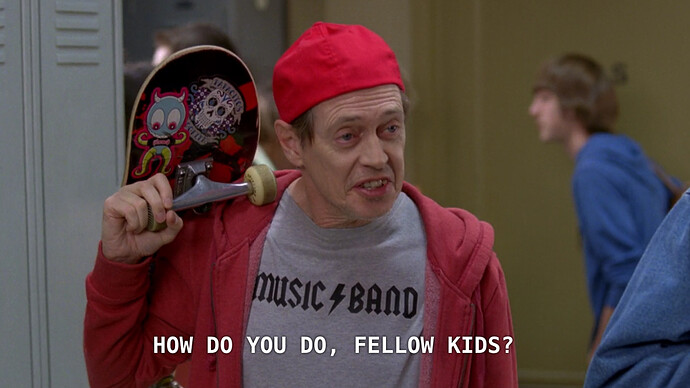 To rep people taking fire from the Tengu