After the failed attempt to capture Anka yesterday, I had a conversation with Crime.Net leader @Salambi_Kazakova and we both decided that we would hit it with everything we had today (19/09/2017).

Although the minmatar deplexing force managed to deplex Anka down to around 70% throughout the night, the men and women of Crime.Net went to work in the system from downtime and mustered a large force of ships. 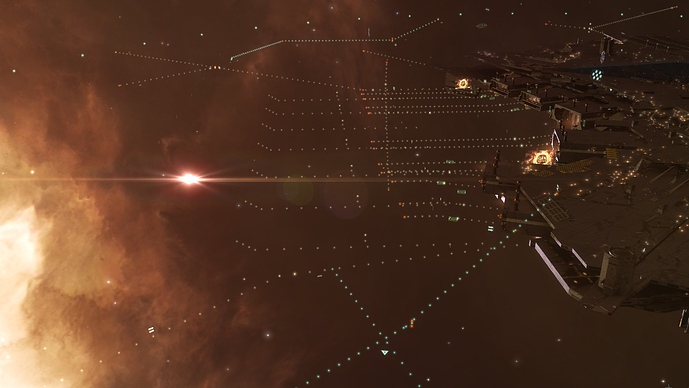 After the long night of fighting and plexing, I overslept a bit and didn’t manage to join the effort until roughly 13:00 Eve time. Once in system I was greated with the lovely sight of the Anka star and could tell it was going to be today that Anka fell.

Pings were sent out on the TMOCC discord server for max numbers to get online and in the Crime.net fleet. Learning from our mistakes the day prior, @Salambi_Kazakova agreed to use his jump freighter to move in around 100 assorted frigates/destroyers I had bought to Anka to ensure that if the Minmatar came, we would be prepared.

Over the hours the Amarrian forces slowly built up into the fleet and took total system control. By around 19:40 Eve Time (Estimated), the system had ticked over to a vulnerable state and our forces had managed to overplex the system to give us a buffer in case minmatar came in with a fleet that overpowered ours, which would give us around 30 minutes of time to attempt to nuke down the IHUB or muster a fleet to counter them.

Once we had gotten 1 complex stored as buffer I transferred the FC position of the Frigate/Destroyer wing of Amarr over to @LINDDIESEL who lead the group of Tristans to get more complexes stored as buffer.

Whilst he did this I made my way over to my Revelation class Dreadnought, which had been through a fair few IHUB attacks and had been my soulmate in a way. However I had forgotten about a gatecamp on the Stargate in Sosala leading to Kamela, and unfortunately they had a Prophecy class Battlecruiser fitted with Area of Effect Smartbombs which destroyed my capsule and as a result put me back in Jita. I hastily bought another High Grade Slave set and made best speed back to my dreadnought. 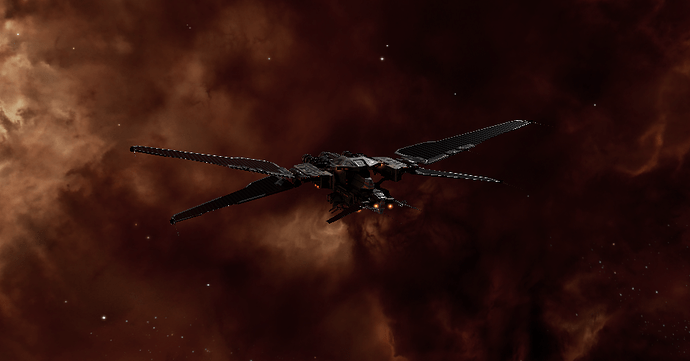 Once back, I jumped the Revelation onto the IHUB and began the siege cycle, the crime.net Battlecruiser fleet combined with my Revelation’s damage made the IHUB’s shields melt extremely quickly and started burning through its armor at good speed.

However as I started my second siege cycle, I scouted around the nearby systems and noticed a large amount of No Handlebars munnins nearby. Fearing they were coming to kill me I went siege red and began to prepare my exit cyno, aswell as ensuring I was fully topped up on capacitor.

In attempt to buy myself time I opened a private channel with their FC and informed them that the Minmatar forces were likely forming up a large fleet to attempt to kill my Revelation due to their absence all day and lack of activity, I told the FC that if he could just hold back his forces for a few minutes, he may have the oppurtunity to kill multiple Minmatar capital class vessels instead of just my Revelation. This must have made sense to him and in all honesty I half believed it aswell, just the night before, the Minmatar militia had a force of nearly 40 people thwarting our efforts, it was incredibly out of character for them to only have a handful of people in system. 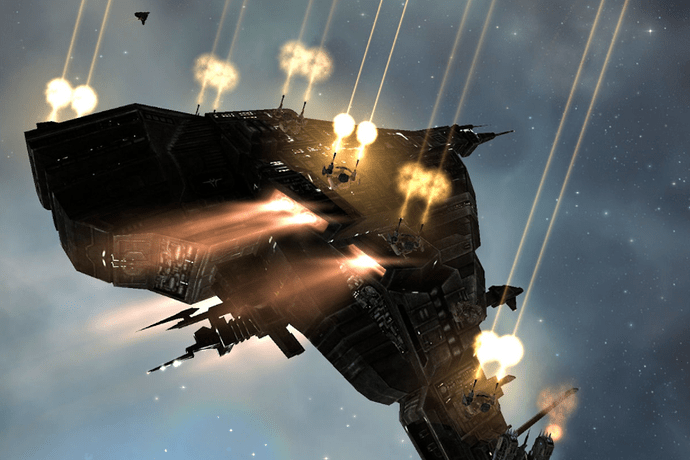 Luckily this bought me enough time to get out of siege and align to the friendly Astrahus in system. Even with my Revelation out of siege it was still doing around 1,000 Damage Per Second which helped a little bit. As expected a known No Handlebars Tackle/Cyno alt uncloaked next to my Revelation and so I warped to the citadel and Jumped it home. A few minutes later the No Handlebars fleet came in and our forces at the IHUB needed to retreat.

I quickly burnt back to Anka and the Crime.Net FC Salambi said he was willing to fight the fleet despite being out classed and outgunned, so the Frigate/Destroyer wing was transferred back to my command and I reshipped everyone into 6 Griffins with Minmatar Ladar ECM Jammers. We warped with the Crime.Net fleet, consisting of assorted Battlecruisers, to the IHUB where the No Handlebars fleet had setup.

Upon landing our fleets moved towards each other and our griffins managed to jam out some of the Muninns and I even managed to get jams on 3 Scimitars however the enemy FC realised the threat our griffins faced and we didn’t last more than a few seconds against the barrage of artillery fire. With the ECM ships down and the Battlecruiser fleet taking heavy damage we were forced to retreat back to the citadel. Thankfully the No Handlebars FC was content with the little brawl and went back to his home system.

With the threat now gone the Crime.Net fleet went back to assaulting the IHUB and I continued FC’ing a few Tristans and began to clear the minmatar out of the plex’s they had attempted to capture whilst the fight with No Handlebars went down. We made short work of the Minmatar frigates and destroyers attempting to capture complexes and so I handed FC back over to LINDDIESEL whilst I reshipped into a Cerberus to contest the Large complex whilst the Tristans held the Small complex. Once I landed in the Large Complex two thrashers and a firetail approached and attempted to kill me, however once I had acquired a lock on their ships and started firing my Rapid Light Missile Launchers they soon fled as they could not sustain their tanks under the incredible barrage of Light Missiles. With all the complexes in the system covered our forced eventually prevailed and the IHUB assault had been completed.

Anka is now back in the hands of the Amarr Empire. Glory to Amarr!

Despite this victory, one thing still perplexed both me and the men and women in fleet: Where was the minmatar defence fleet? They had been incredibly active and been fielding great amount of numbers for the last few days yet it seemed that they could barely muster 10 people to defend the system, @DrButterfly_PHD, one of the main reporters of Minmatar, being one of them. Had there been a proper Minmatar defence mounted, the outcome of today might have been very different. 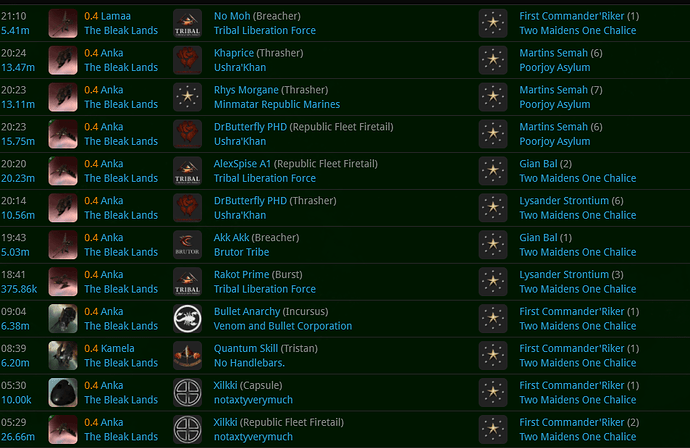 DimonX (Someone in the Dark Space) lost their Stiletto in Anka (The Bleak Lands). Final Blow by Black SoulXD (UnitedSpirits) flying in a Raven. Total Value: 49,573,424.61 ISK

Thanks to everyone from Crime.Net, Two Maidens One Chalice, Poorjoy Asylum, Ungentlemanly Warfare and everyone else from Amarr Miltia for helping liberate the Anka star system from the Minmatar invaders!

Until next time, Fly safe

And so it begins, beware the wrath of the patient man.

Great write up and congratulations on getting a fleet together and taking a system.

I wondered what happened to that dread; very sneaky.

Where were the Minmatar? Well, partly it was just fewer numbers that happened to be online that evening but also, we’d hit tier 5 and some of our pilots were focused on some very important and well rewarded missions for the TLF.

Awesome writeup. I love seeing game play stories like this